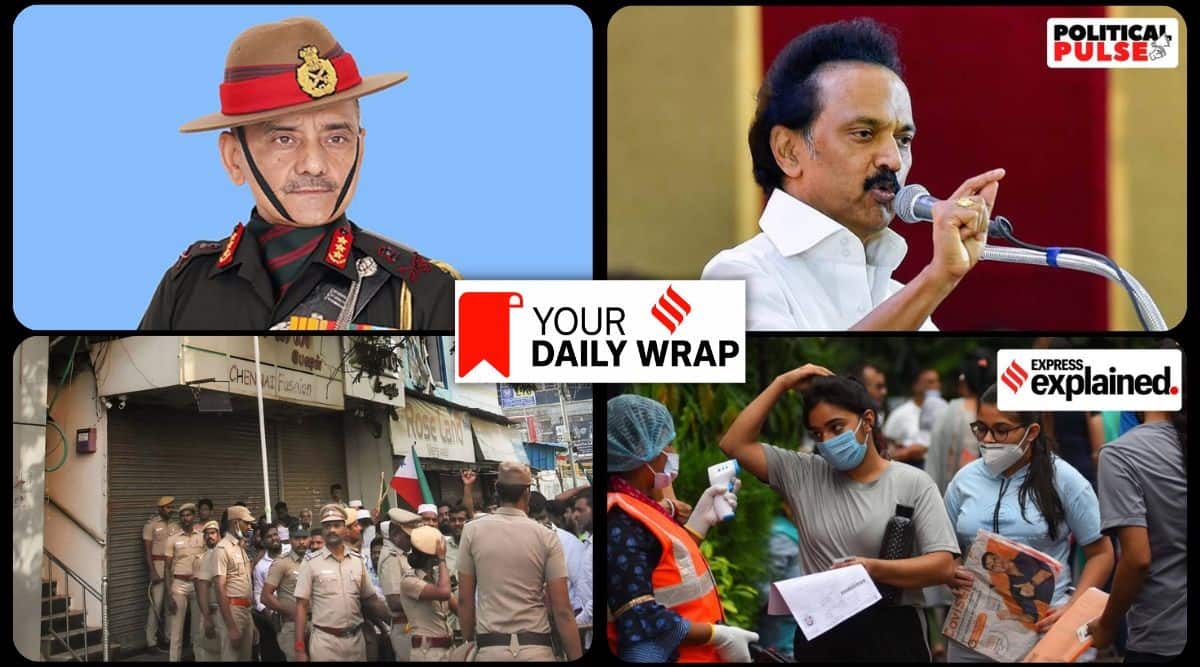 Nine months after the death of General Bipin Rawat in a helicopter crash, the government today named Lt Gen Anil Chauhan (retired) as the new Chief of Defence Staff (CDS). “The Government has decided to appoint Lt General Anil Chauhan (Retired) as the next Chief of Defence Staff (CDS) who shall also function as Secretary to Government of India, Department of Military Affairs with effect from the date of his assumption of charge and until further orders,” the defence ministry said in a statement.

The Ministry of Home Affairs today banned the Popular Front of India (PFI) and its associates, including the Rehab India Foundation (RIF) and Campus Front of India, for five years under the Unlawful Activities (Prevention) Act. In a gazette notification, the ministry said the PFI and its associates, affiliates, and fronts have been indulging in unlawful activities, which are prejudicial to India’s integrity, sovereignty, and security. Hours later, the PFI dissolved the organisation, saying it accepts the government’s decision.

Reacting to the ban, the Congress – without mentioning the outfit or the ban – said the party has always been and will continue to be against all forms and types of communalism whether it pertains to the majority community or minorities. Meanwhile, RJD chief Lalu Prasad Yadav demanded a ban on organisations like the RSS. “All organisations like the PFI including the RSS… All of them should be banned,” Lalu Yadav tweeted.

Senior Congress leader Digvijaya Singh is likely to contest the October 17 election for the party president’s post, sources said. Singh’s probable entry comes at a time when the Congress leadership is more or less not keen on Rajasthan Chief Minister Ashok Gehlot contesting the election after the events that unfolded in Jaipur on Sunday.

With DMK leader A Raja receiving backlash over his recent comments on Hinduism, Tamil Nadu Chief Minister M K Stalin has cautioned party leaders about their rivals’ propaganda apparatus that, he claimed, could twist any comment and take it out of its context. Referring to rivals as “venomous political forces”, Stalin urged DMK leaders in an open letter to “work for the people” instead of “fighting with mud-dipped enemies”. What led Stalin to issue the public caution to DMK leaders seems to be Raja’s comments last week that led to protests: “As long as you are a Hindu, you are a shudra.”

Ever since the new UK government under Prime Minister Liz Truss and Chancellor of the Exchequer (Finance Minister) Kwasi Kwarteng presented its “mini-Budget” last week, the British economy has plunged into a crisis and attracted some sharp criticism from around the world. What did the new mini Budget announce that led to this crisis? What was the status of the UK economy before the new Budget? Udit Misra explains.

The Supreme Court on Tuesday reserved its verdict on petitions challenging the validity of the 103rd Constitution amendment, which provides 10 per cent quota to economically weaker sections (EWS) from non-backward castes in educational institutes and government jobs. A batch of pleas were filed to challenge the EWS quota, brought in in 2019. The case was referred to a five-judge bench in 2020, and the Supreme Court on September 8 took up three issues for consideration. What were these issues, what has the government said in court about the quota, and what are the arguments against it? We explain.

As India prepares to take over the G20 presidency, it can learn from Indonesia

What Ankita Bhandari’s death reveals about patriarchy in the workplace

Why SDPI, PFI’s political wing is growing in Karnataka

Congress high command is well known, but BJP has one too

Kalyan Singh passes away: Pro-Hindutva OBC leader who knew UP through and across