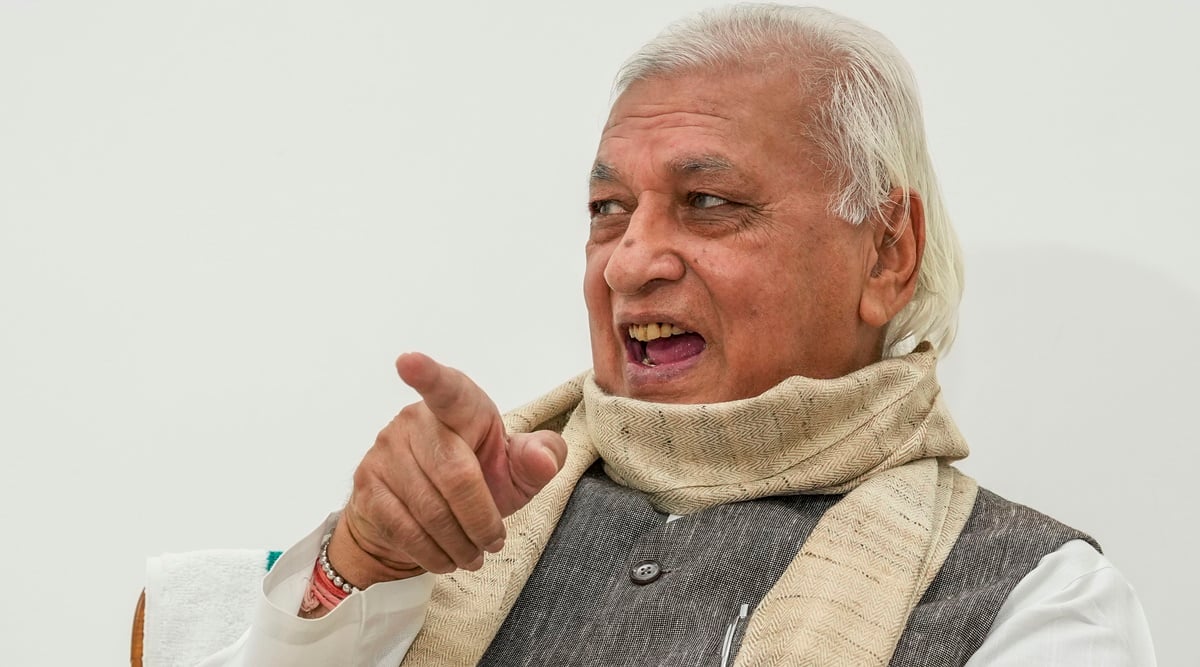 Amid the bitter tussle with the LDF-led government, Kerala Governor Arif Mohammed Khan on Tuesday said he will not interfere in the business of the government unless there was a total collapse of the constitutional machinery and “fortunately” that was not the case in Kerala.

He, however, asserted that the state government should also respect their limits that it was not their job to run universities and that duty has been entrusted to the governor as ex-officio Chancellor.

Khan, who has been at loggerheads with the ruling front over the appointment process for Vice Chancellors at universities in the state, said, “All over India, you have Constitution and the constitutional convention which are respected…”.

In an interview with PTI, the governor made it clear that every issue will be decided on individual merits and decisions will be taken on the basis of the Constitution.

The remarks also come on a day when the LDF took to the streets in Kerala and marched to the Raj Bhavan in the state capital. They were protesting against the governor over the issues of Vice Chancellor appointments in the state universities and the non-signing of bills passed by the legislative assembly.

Regarding allegations in certain quarters that the governor was implementing the RSS agenda, Khan said, “Give me one name, just one instance where I have appointed anybody belonging to organisations whom you find troublesome politically, RSS, BJP… I will resign”.

On whether the recent court judgments have vindicated his stand, the governor said the judgments have given hope that the glory of universities can be restored.

“I won’t say my stand. There is nothing personal in it. In the light of the Honourable Supreme Court judgement, the judgement of the Kerala High Court… has upheld the law, upheld the Constitution. This has given hope that universities’ glory can be restored,” he said.

Last month, the Supreme Court quashed the appointment of the Vice Chancellor of APJ Abdul Kalam Technological University in Thiruvananthapuram, terming it bad in law and contrary to UGC regulations.

On Monday, the Kerala High Court quashed the appointment of the Vice Chancellor of Kerala University of Fisheries and Ocean Studies (KUFOS), citing that the appointment was made in violation of UGC (University Grants Commission) norms.

The order, which apparently vindicates Governor Arif Mohammed Khan’s move seeking the resignation of 11 Vice Chancellors in the state over the violation, is a blow to the Left government, which has been opposing him on the issue.

On the appointment of Vice Chancellors at the universities in Kerala, he said the process of appointments is likely to be completed in two to three months.

“In two-three months, I expect the process to be completed for new appointments. In fact, we will request the selection committee not to take even 2 months, they can spent more time interviewing the candidates and coming to a conclusion. Prepare a panel of three to five names and sent it to the Chancellor for the appointment,” Khan said.

According to him, it is the job of a Chancellor to create an environment where Vice Chancellors can run universities without any interference from outside forces.

Further, he assured that as far as his future relationship with the state government is concerned, “this bitterness will not be allowed to colour my judgement”.

While stressing that the office of the Governor is absolutely essential to keep an eye and ensure that centrifugal forces do not reassert themselves, Khan said his role has two parts — one is to defend, preserve and protect the Constitution, and the other part is to serve the interests of people of Kerala to the best of the abilities.