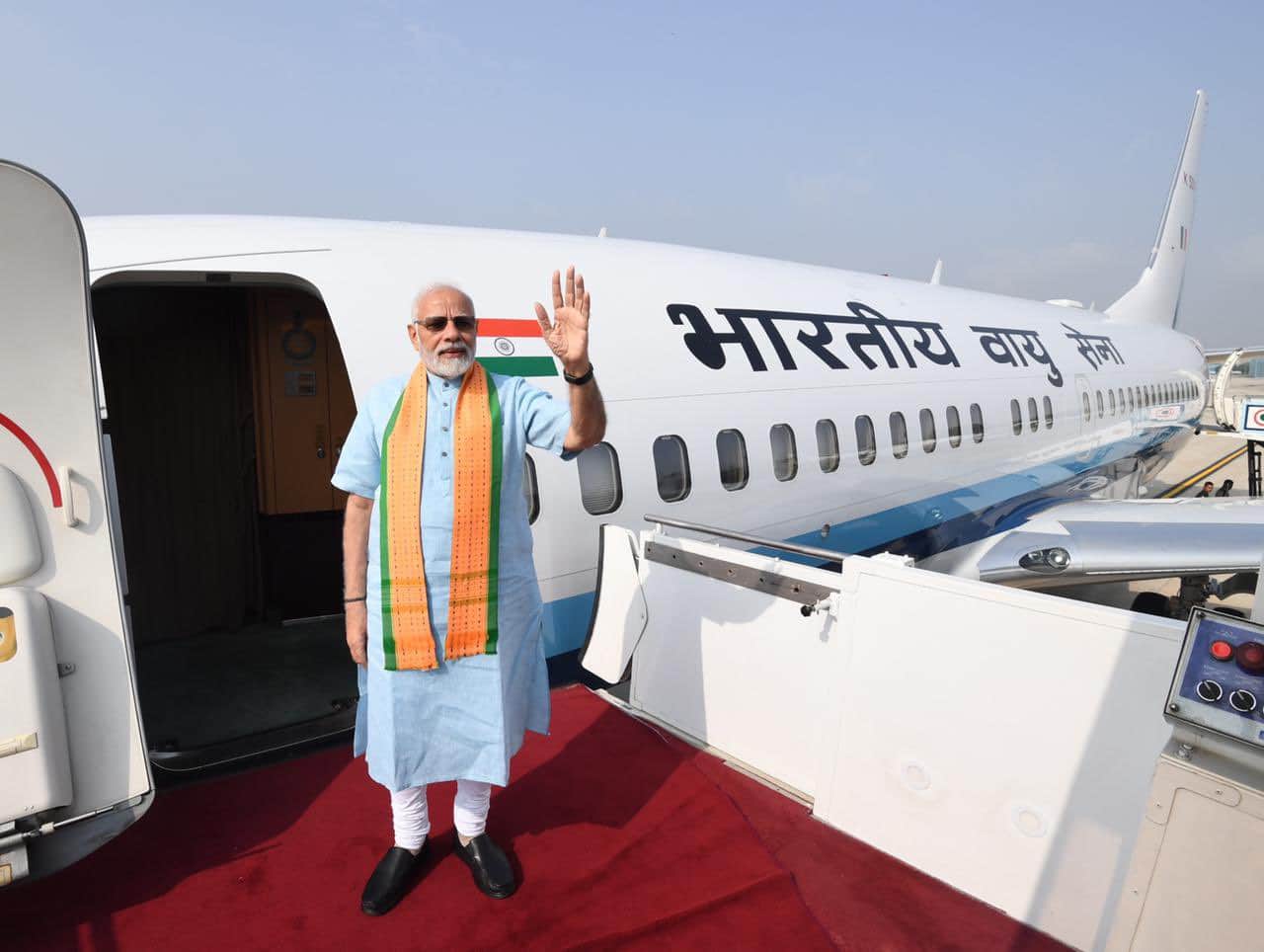 Wishes are pouring in from across the country, and the world, for Prime Minister Narendra Modi who turns 72 on Saturday. PM Modi, after attending the SCO Summit in Uzbekistan, landed in New Delhi this morning. He is scheduled to attend four programmes today, including the release of the eight cheetahs brought from Namibia to the Kuno National Park in Madhya Pradesh.

Extending her wishes, President Droupadi Murmu said she hoped the nation-building campaign being carried out by PM Modi would continue to progress under his leadership.

“Hearty congratulations and best wishes to Prime Minister Narendra Modi on his birthday. I wish that the nation-building campaign being carried out by you with incomparable hard work, dedication and creativity, continues to progress under your leadership. I wish that God bless you with good health and long life,” the President tweeted.

“Warm birthday greetings to Hon’ble Prime Minister of India, Shri @narendramodi Ji. His transformative vision and inspirational leadership have elevated Bharat to newer heights of glory. May he be blessed with good health, happiness & many more years in the service of our nation,” Dhankar tweeted.

Union Home Minister Amit Shah greeted PM Modi on his birthday and called him the “creator of a safe, strong and self-reliant ‘New India’”, and “a symbol of service and dedication”.

In a series of tweets in Hindi, Shah said, “The life of the creator of a safe, strong and self-reliant New India @narendramodi is a symbol of service and dedication. For the first time after Independence, by giving their rights to crores of poor, Modi has instilled a sense of hope and faith in them. Today every section of the country is standing with Modi like a rock,” he said.

Shah praised the Prime Minister for showing “it is possible to complete impossible tasks with his India-first thinking and determination for the welfare of the poor”.

Shah said with the parallel coordination of welfare of the poor, good governance, development, national security and historical reforms, PM Modi had fulfilled his resolve to establish ‘Maa Bharati’ again at the top of the world. He said all this has been possible only because of decisive leadership and the unwavering faith of the people in that leadership.

Defence Minister Rajnath Singh said PM Modi’s leadership had boosted progress and good governance like “never before”, and “taken India’s prestige and self-respect to a new high”. PM Modi has given a new dimension to Indian politics and given importance to the poor’s welfare along with development, Singh said.

Congress leader Shashi Tharoor posted a photo with PM Modi and wished him good health and long life. “May he work to remove the darkness enveloping so many of our fellow citizens & bring them the light of progress, development & social harmony instead,” Tharoor said.

Wishing our ⁦@PMOIndia⁩ Shri ⁦@narendramodi⁩ ji a very happy birthday, good health & long life. May he work to remove the darkness enveloping so many of our fellow citizens & bring them the light of progress, development & social harmony instead. pic.twitter.com/3vaYXtGcu7

Among the notable world leaders to wish PM Modi was Russian President Vladimir Putin. On Friday, at their talks on the sidelines of the SCO Summit, Putin told PM Modi, “As per Russian tradition, we never offer congratulations in advance, so I cannot do that right now. But I would like you to know that we know about, and we wish you all the best.”

The BJP has planned several programmes to celebrate the Prime Minister’s birthday. BJP president JP Nadda will inaugurate an exhibition on PM Modi’s life and leadership at the party headquarters in New Delhi. In Rajasthan, the BJP’s state unit will celebrate PM Modi’s birthday as ‘Seva Pakhwada’ from September 17 to October 2, during which various events to help the needy will be held.  A blood donation drive and camps to arrange artificial limbs for differently-abled will be held among the initiatives planned.

In Lucknow, the state unit of the BJP will launch “Seva Pakhwara”, a 16-day programme under which the party will organise several events to connect with the people. UP Chief Minister Yogi Adityanath will inaugurate “Namo exhibition” in Lucknow and party state president Bhupendra Singh Chaudhary in Azamgarh. The Tamil Nadu BJP unit has decided to give gold rings to children born on September 17. Each ring, weighing about 2 grams, is expected to cost around Rs 5,000.

India reaches out, leaders of Bimstec could attend Republic Day 2022