We didn’t know about him either until recently.

However, he seems to have done enough in the year 2022 to deserve worldwide recognition, at least in the field of finance.

Turns out, Mr Berger, who is a hedge fund manager, was on a roll last year.

At a time when the western stock markets were tanking and investors were clutching at straws, Neal Berger and his clients were laughing all the way to the bank.

If reports are to be believed, Berger’s macro fund, known as the Contrarian Macro Fund, delivered an incredible return of 163% in 2022.

Yes, you read that right. Even as other fund managers and hedge funds considered themselves rockstars just by breaking even, Neal Berger went ahead and multiplied his clients’ money by almost 3x.

Given this performance, wouldn’t it be great to get into the man’s head and figure out how exactly he managed to achieve this feat? It will be even better if we can get some insights around how to handle a rocky 2023.

Well, I scoured the internet and found answers to both the questions i.e. how he managed to pull off his feat and what he thinks of the coming year.

As per Berger, his sole reason for starting the contrarian macro fund was that he anticipated a paradigm shift in the way the US central bank was operating.

The reason why I started the fund was that central bank flows were going to change 180 degrees.  That key difference would be a headwind on all asset prices,” he told Bloomberg. “One had to believe that the prices we saw were, to use the academic term, wackadoodle.

To put it simply, Berger was convinced that with so much of liquidity being pumped into the system, be it from the IPOs coming up or money being rolled out of cryptos, it was only a matter of time before inflation raised its ugly head. And when it did, the central banks were forced to intervene in the form of higher interest rates.

This is the 180-degree shift that Berger was talking about. From being a provider of ample liquidity, the central bank had to switch roles and now had to mop it all up.

Thus, with cost of funds going up and liquidity being mopped up, the financial markets are having a tough time. This has allowed Berger to rake in the profits as he has positioned himself to take advantage of the fall.

To be honest, most of us knew what the Fed and other central banks were doing was not sustainable and sooner or later, the chickens of this money printing will come home to roost.

However, credit to Berger that he put his money where his mind was and is now reaping the benefits.

Now, on to the all-important question. What is Neal Berger’s outlook for 2023 and beyond? Has he turned bullish now or is he still bearish and feels there’s a lot more pain to come?

Well, he sees more pain coming and unfortunately, a lot of it.

In the words of Business Insider, he anticipates maintaining his short positions for years and predicted pain in the stock market won’t become evident until markets go sideways for months.

‘Big picture, everything is going down’, the parting words from Berger.

Well, I’m with you if you believe that Berger’s outlook applies to the US markets and India won’t be as badly affected. After all, both, our fiscal as well as monetary health seems to be in a much better shape.

However, we are very much a cog in the wheel of this global growth engine. Thus, even though we may not be as badly affected as say the western economies, there will certainly be some impact on the Indian economy as well.

In order to get a satisfactory reply to these queries, maybe you need to think a little differently.

Berger’s goal was to profit from the crash that he saw coming from a distance. However, as retail investors, we may not have the resources or even the need to profit from a crash.

I think the easier and the better route for us is to earn juicy returns during good times and just try to survive the bad times.

If we survive the bad times with minimum damage, we put ourselves in a good position to profit from the good times and from the multibagger stocks they give rise to.

I believe the legendary Peter Bernstein did say something along these lines. ‘Survival is the only road to riches’, is among his most famous quotes.

Thus, in the spirit of survival, here are the things that one needs to do.

Rather than have a 100% stock portfolio, it makes sense to have at least 25% invested in bonds or fixed deposits at all times. You can take this up to maximum 75% if you think markets have run up way ahead of fundamentals. Right now, it would be a good idea to keep this ratio at 50:50.

In terms of stocks, avoid getting into good quality but highly expensive stocks and also avoid bad quality stocks, irrespective of how attractive their valuations are. Both are candidates for big declines in case there is a crash in the market.

And last but not the least, invest in stocks with strong balance sheets and a long history of profitability. These two factors allow the businesses to survive during tough times even as weaker competitors around them fall to the wayside.

So, that’s it. Always keep these factors in mind and I think you can survive even the worst market crashes.

While this may not allow you to make 163% returns like Neal Berger when the market crashes, it could set you up for nice, juicy returns, when things take a turn for the better. And I think this is not a bad idea at all. 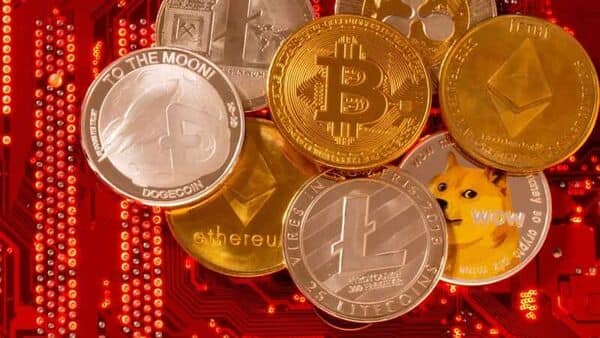 Loss in one crypto asset can’t be set off against another, clarifies govt