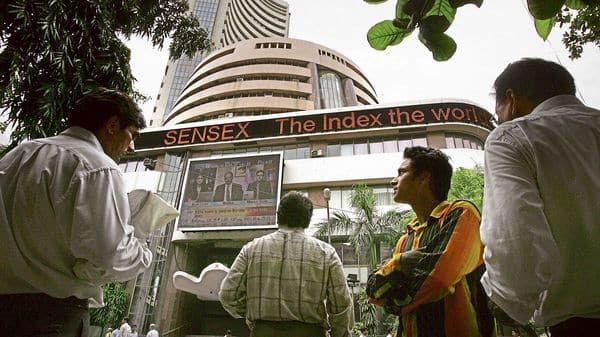 Inflation fears pressured Asian stocks and buoyed the dollar today after data overnight showed U.S. consumer prices surged at the fastest pace since 1990 last month, boosting the case for faster Federal Reserve policy tightening. US Treasury yields shot higher, with that on the benchmark 10-year note leaping by the most since February.

“Rising inflation is emerging as a threat to the global equity rally, at least in the short-term. Consumer price inflation in the US has risen to a 30-year high of 6.2%, year-on-year, in October. Core inflation rose to 4.2%. These numbers are well above most forecasts. In China, too, producer price inflation has risen to 13.5%. This has the potential to spill over to global commodity inflation,” said VK Vijayakumar, Chief Investment Strategist at Geojit Financial Services.

Pushed by the inflation report, investors are now pricing in a 66.5% chance that the Fed will raise rates by the end of June, according to a Associated Press report. A day prior, that probability was at 50.9%. The Fed has been keeping overnight rates at a record low of nearly zero since  March 2020 to resuscitate markets and the economy from the pandemic. It has already begun to pare back on bond purchases it makes every month to keep longer-term rates low.

“Sensing the danger ahead, the US 10-year yield rose to 1.57%. The Fed still believes that the spike in inflation is caused by supply-side issues and, therefore, is transient. But there are many who believe that the Fed is behind the curve and that the entrenched inflation will force the Fed to accelerate tapering and advance rate hikes. If this scenario is to unfold, there can be a sell-off and sharp corrections in markets, globally. So, investors have to watch this space,” Vijayakumar added.

The Indian rupee depreciated by 20 paise to 74.54 at day’s low against the US dollar, weighed down by a lacklustre trend in the domestic equity market and firm American dollar. On Wednesday, the rupee had closed at 74.34 against the US dollar. The dollar index today hit its highest level in a year, indicating the flight to safety to the greenback.