On the face of it, Wong’s assessment seems a tad harsh. Over the past decade, Gift City has been transformed from a barren landscape into an impressive enclave peppered with 14 tall, swanky buildings. The project is a business district with two zones: Gift City and Gift IFSC. An IFSC is legally a foreign jurisdiction that enjoys tax exemptions and facilitates the smooth flow of finance, financial products and services across borders. It is India’s first such centre.

A quarter of Gift City has been earmarked for the IFSC. The idea is to have people work in the centre and live in Gift City, the domestic jurisdiction. So, the 886-acre estate will have office spaces, residential apartments, schools, a hospital, hotels, clubs and other amenities.

But Wong wasn’t commenting on the quality of the infrastructure as much as the absence of life after dark. And that’s because Gift City is still very much a work in progress even if it has been in the works for 15 years. While many financial services, law and consultancy firms have established a presence within it, they have done so only with a token office. Most of their operations are still being carried out from Mumbai, so their presence on the ground in Gujarat is very thin.

For instance, most of NSE Gift City subsidiary NSE IFSC’s personnel are still in Mumbai, while its partner exchange SGX has taken one room to register its presence in Gift City. Then there are over 20 alternate investment funds, including True Beacon Global, Avendus Capital, Kedaara Capital, Vivriti Capital and ASK Realty Fund, that are licensed by the IFSC regulator, but most are yet to start operations.

To be fair, India’s first IFSC entity became operational only in April 2015, and the going was slow until 2020. Given that their international finance centres were set up way earlier, Singapore, Hong Kong (1993) and Dubai (2004) are way ahead of Gift City.

Gift City’s IFSC does not have any primary listed companies yet and only has 300 registered entities. Its banking assets stand at $30.7 billion, while investments (both committed and completed) total about $1.5 billion ( ₹11,000 crore) as of 2021-22.

Gift City’s two exchanges, NSE IFSC and BSE subsidiary India International Exchange (INX) have modest trading volumes, and both are in the red. NSE IFSC’s loss for the year ended March 2021 (the latest available figure) stood at ₹1.03 crore. Since its inception in 2017, the losses have accumulated to ₹8.5 crore. INX’s losses as of December 2021 stood at ₹7.6 crore, nearly three times its loss of ₹2.24 crore in December 2020

Trading volumes on these bourses will rise when SGX’s investors begin to trade in Nifty companies through the NSE IFSC-SGX connect, a technology framework that will allow clients of SGX to trade in Indian securities through NSE IFSC. The ‘connect’ was supposed to start on 1 April but has been pushed to July due to pending regulatory clearances and the technology vendor, TCS, committing to a July timeline.

That being said, Gift City has grown at lightning pace over the last couple of years and if the momentum sustains, it will be able to hold its own in a few years.

Why have an IFSC?

In January 2017, Prime Minister Narendra Modi said that he wants India to become a price setter of Indian securities and commodities within a decade. Currently, Indian securities and commodities such as gold and oil take price cues from overseas exchanges. The Prime Minister’s statement hints at changing this — meaning, price discovery should happen through a financial centre located in India.

A vibrant IFSC will ensure that trades in Indian stocks such as Reliance Industries Ltd happen only out of an India-situated centre. Currently, trading happens through the Singapore Stock Exchange, too.

“Fund managers are increasingly looking to set up their feeder fund (a subsidiary of the main fund) in Gift City to pool international capital that was previously set up in other offshore jurisdictions such as Mauritius and Singapore,” says Yash Bansal, Partner, Trilegal.

The government has been doing its bit to attract foreign funds. For instance, the 2021 budget removed tax incidence costs if a fund decided to migrate from, say, Mauritius, to the Gift IFSC. But so far, such migrations have not happened; most of the funds being set up here are new funds.

The aspirations are palpable but it will take some time for the Gift City to catch up with international IFCs. To begin with, it needs to set up more infrastructure. Currently, the IFSC section has only three buildings – Savvy Pragya, Brigade International Financial Centre, and a building developed by Hiranandani. It is difficult to imagine that these three buildings will be enough to house the financial services and businesses of the world interested in doing business with India. Savvy Pragya has 24 floors, two of which are occupied by the regulator IFSCA, while eight have been set aside for Bank of America. The IFSCA will eventually have a separate head office but it is not clear when it will be constructed.

When I first came to Gift City about 15 years back, it was a barren land. My cab driver looked around and asked me whether he should wait for me. Today, we are sitting in this smart city, in a state-of-the-art building. We have come a long way,” says Deepesh Shah, executive director, International Financial Services Centre Authority (IFSCA).

Many wrote the Gift City project off but Shah stuck around, earning the moniker ‘Bhishma Pitamah’. Today he has a swanky office on the second floor of the Savvy Pragya building.

A team of officers at the IFSCA, led by senior bureaucrat and IFSCA chairman Injeti Srinivas, work as a unified regulator for Gift City. IFSCA’s mandate is to develop the Gift City project and reduce regulatory friction for market participants.

The IFSCA started working in 2020, with a batch of 20 handpicked civil servants. The authority gets rave reviews from everyone in the financial services circle, thanks to helping businesses navigate the regulatory landscape.

“Given that it offers a conducive and flexible setting with strong regulatory support for innovative investment structures, IFSC looks like an attractive financial hub for investors globally. We have seen several domestic fund managers set up their feeders in Gift city (Blume and Kedaara for example),” says Haigreve Khaitan, Senior Partner, Khaitan & Co.

Despite the IFSCA being in place, however, some products still need regulatory approvals from other regulators.

The Securities and Exchange Board of India (Sebi), unlike the Reserve Bank of India (RBI), does not want to allow its regulated entities, namely brokers, to set up units in the IFSC. A broker would need to set up a different company to operate in the IFSC. The reason: Sebi does not want any default at the IFSC to affect the domestic markets, which have seen over 30 broker defaults in the past couple of years.

The RBI has extended the liberalised remittance scheme (LRS) for entities trading in IFSC. Under LRS, the central bank allows resident Indians to freely send up to $250,000 abroad in a financial year. However, the LRS for IFSC is not at par with what is enjoyed by, say, Dubai.

“If the funds that are transferred under the LRS route to an IFSC entity are not deployed within 15 days, then the money has to be remitted back, which is not the case for LRS accounts held offshore.” says Leena Chacko, Partner, Cyril Amarchand Mangaldas.

To reduce these unnecessary delays, the IFSC needs a central clearing bank. This was to be set up by SBI but has not happened so far.

Chacko also highlights issues with the Banking Regulation Act. “The BR Act is applicable to the IFSCA and the restrictions on ownership of shares and creation of pledges applicable to banks in mainland India will apply. As a result of this, foreign banks, which could have otherwise obtained a 100% pledge of shares of Indian companies in the case of ECBs (external commercial borrowings) and other financings, are not allowed to have a pledge of more than 30% of the shares of Indian companies, if the financing is from the IBU,” she added.

Gift City was set up with the vision of having world class amenities within walking distance. But as things stand, financial services professionals working in IFSC say they live either in Gandhinagar or Ahmedabad because of the lack of basics, such as places to eat and socialise. On that front, Singapore’s envoy was right on the ball.

“There is nothing much to do here at Gift City and there are no food options; we have to pretty much rely on food we bring from home,” says an official working in one of the financial services firms in Gift City. Of the three buildings in the IFSC, only Hiranandani has a working canteen, and that one, too, belongs to INX.

There are two five-star hotels, Grand Mercure, belonging to Accor Group, and The Gift City Club and Business Centre. Both are yet to host the events or gatherings of financial firms eyeing India. Rather, they are often used to host wedding parties. To be sure, two years of the covid pandemic-induced travel restrictions and lockdowns have played a role in this.

Then again, most financial districts across the world have a vibrant social scene with young financial professionals unwinding at the end of the day in a bar. But Gujarat is a state with prohibition. The authorities told Mint they have sought an exemption for the foreign jurisdiction, but the government has not assented so far.

Many of Gift City’s issues are teething problems that will be overcome with time. International finance centres across the world have taken at least a decade to get to where they are today. It takes infrastructure, hardware, software and regulatory coherence to get people to come in organically. Since India is coming in late in a crowded market, its task is tougher than most. But those in charge are confident that Gift City will one day lay its ghosts to rest and be giving Singapore a run for its money—during the day as well as at night. 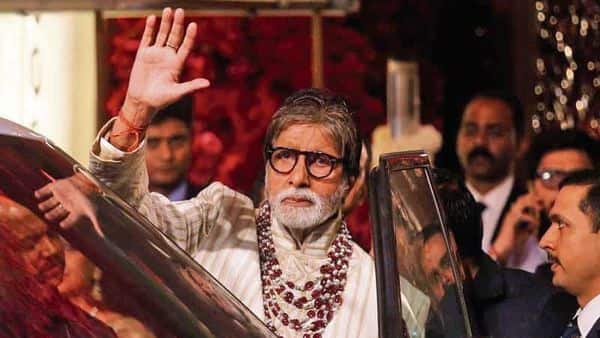 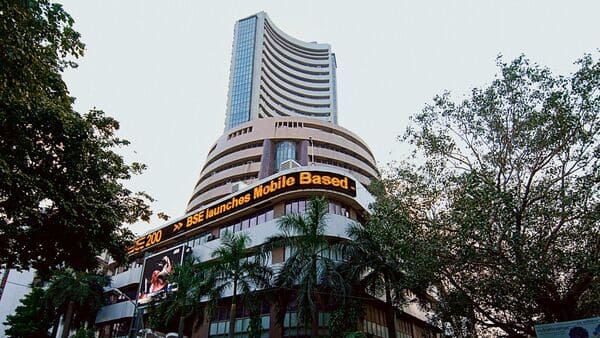 Why investors should opt for Gold ETFs this Diwali