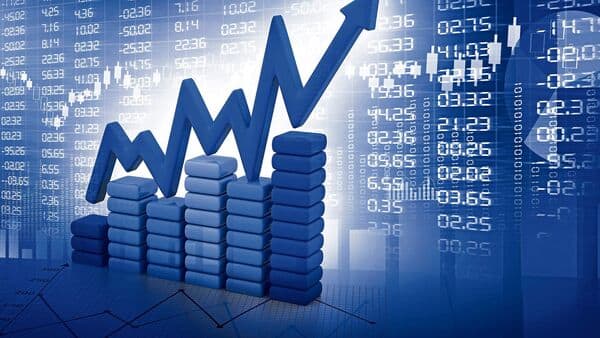 – Titagarh Wagons up 83% in the last one year

Mind you, all these are returns are in an environment where the broader indices have barely budged.

I am sure you are wondering about this sudden interest of Mr Market in rail stocks. Why have investors taken a fancy to them recently?

Well, I believe the interest is not without reason.

If India must grow at 8%-9% on a consistent basis, we need to invest in all kinds of infrastructure, including rail. And if rail infrastructure is given a massive push, sector companies will be amongst the prime beneficiaries.

As per estimates, the country is well on its way to construct more national highways and rail lines in the decade between 2015-2025 than it has cumulatively done between 1950 and 2015.

Huge capex announcements have already been made and more are in the offing.

In fact, quarterly results for most of these stocks are already sending out feelers about the good times ahead.

While IRCON and RVNL saw their profits jump close to 40% YoY on the back of robust growth in topline, Titagarh and Texmaco witnessed a whopping 650% and 133% growth in profits respectively. And with orderbook piling up, there’s a great chance these profit numbers can be sustained for quite some time to come.

In my view, another big reason behind the stellar performance of rail stocks were the attractive valuations at the start of their upward journey. They were what we analysts call as low PE stocks.

With the exception of RITES Ltd, the other two PSU rail stocks i.e. IRCON and RVNL were trading at single digit PE multiples despite their good fundamentals. RITES was slightly expensive but still at a reasonable PE of around 14x.

Private players like Titagarh and Texmaco weren’t expensive either. In fact, a year back, they were both trading close to their book values, considered as a decent proxy for the bare-minimum intrinsic value of these capital-intensive businesses.

However, amidst all this euphoria for rail stocks, there’s one stock that’s conspicuous by its absence. It is a stock that is considered to be a proxy for the railway sector. If you haven’t guessed by now, I am indeed referring to IRCTC Ltd.

When I looked at the price chart of the company over the last one year, I was surprised to see it buck the sector trend. Instead of slithering upward, the price curve has headed the other way.

The stock is down almost 20% in the last one year and it doesn’t look in any mood to rebound sharply soon.

When pressed for the reason behind this poor performance, especially when the other stocks are firing all cylinders, many would blame it on the business model of the company.

You see, the euphoria that you are seeing right now, is around companies that are building and creating infrastructure. The demand is for stocks which have a healthy pipeline of orders waiting to be executed.

IRCTC on the other hand occupies a different niche. It is the only entity authorized by Indian Railways to provide online railway tickets, catering services to railways and packaged drinking water at railway stations and trains in India.

The company’s business has very little to do with building infrastructure or manufacture wagons. And this is perhaps one of the key reasons why the company is sitting out of this bull run that has engulfed other sector stocks.

Although there is some truth to this claim, there’s another reason why IRCTC’s performance has been a bit of a dampener of late. And it answers to the name of valuations.

You see, between March 2020 and October 2021, IRCTC had the honour of being a multibagger stock. The company’s stock price had gone up more than 400% during this period. In other words, a more than 5-fold jump. This is significantly better than what other rail stocks covered in this article have achieved.

Therefore, someone who had invested in the stock right after the Coronavirus pandemic is still sitting on big gains. They wouldn’t be too worried about the stock’s underperformance over the last year even as the other sector stocks have rallied.

I think they should stay invested as they entered the stock at a much cheaper valuation and should capitalise on the bright prospects that the stock has to offer over the long term.

However, those who bought the stock anytime over the last one year, are on slippery grounds in my view.

Even at an all-time high EPS of ₹6.4 per share, the stock was trading at an expensive PE multiple of more than 140x a year ago. Now, unless the company records stratospheric growth, that’s a recipe for disaster in my view.

You can’t expect to earn good money over the long term if you are paying a PE multiple of 140x for any stock let alone IRCTC. This is why even as the company has recorded bumper profits in recent months, the stock hasn’t moved up. On the contrary, it is down by 20% in the last one year.

Therefore, those who had invested in IRCTC in the last one year or so, would have been better off investing in the other rail stocks that I have discussed in this piece.

There is no doubt that IRCTC is a quality stock. In fact, quality-wise, it is better than the other sector stocks covered here. However, one also needs to be mindful of the valuations when investing in such stocks. The same stock that was a steal after the Coronavirus induced crash, turned very expensive a year-and-a-half later.

And the stocks that were deemed poor quality than IRCTC, outperformed the latter massively as valuations were much more reasonable.

At such times, I am often reminded of the following priceless quote from Howard Marks.

As to what is a good price to buy IRCTC, unfortunately one needs to fix one’s own upper limit based on one’s experience and judgement.

And for me, this upper limit is a trailing twelve-month PE of 25x-30x. Yes, that’s the maximum I would be willing to pay for any stock, no matter how high its quality or how bright its future prospects.

You need to decide one for you too. Not having a certain standard of value is not a great habit to have in investing. It proves to be counterproductive in the long term. This stock is paying a massive dividend of 8500%. Buy post Q2 results?