NEW DELHI: Vodafone Idea is fully prepared to unveil fifth generation or 5G services with its future-ready network, and has emerged as a clear leader in the Internet of Things (IoT) offerings, telco’s top executive said.

“We are ready with our future-ready network and are offering differentiated propositions in cutting-edge technologies like fixed wireless access, private wireless, and gigabit passive optical networks,” Ravinder Takkar, managing director, Vodafone Idea Limited (VIL) which has now rebranded as Vi said at the recently-concluded 5G Congress – 2021.

Takkar further said that telco’s Cloud Connect is being offered by leading cloud players with managed security and future-ready 5G technologies, such as SD-WAN, and smart automation which has eventually led the company to become a preferred partner for enterprises.

Vi, according to the executive, is a clear leader in IoT offerings, and is also working with government and enterprises in several areas, including smart cities, and third-party COVID vaccination drive as well as in the manufacturing, automotive, transportation, logistics, utilities, BFSI and retail sectors.

Mumbai-based telco said that there was a need to quickly address critical issues of the low level of fiberisation of base stations and uniform right away issues across states and availability of 5G spectrum as well as high spectrum prices.

“I am very happy to inform you that Vi has made great strides in making our telecom and IP network 5G-ready. Our network transformation journey began three years ago when we started deploying 5G ready technologies as we successfully executed the world’s largest network integration,” he said.

The service operator said that it is already using several next generation technologies, and has the world’s largest Dynamic Spectrum Refarming (DSR) technology deployment on 6,000 sites and already undertaken India’s largest massive MIMO deployment on more than 30,000 sites, and adopted open radio access network technologies with cloudification of the core.

“Vi is well prepared for 5G rollout in India. We also have the opportunity to leverage technology innovations and best practices globally from the Vodafone group, which has commercially deployed 5G services in 10 European markets,” Takkar said.

The recent report by the Parliamentary committee on Information Technology on India’s preparedness for 5G underlines the need for rapid progress in field trials and deployment of India-specific use cases.The Department of Telecommunications (DoT) had to extend the spectrum auction for the next generation networks following the unavailability of 125 units in the 3300 megahertz-3600 megahertz, recommended by the sector regulator in 2018.

Takkar said that the availability of cost-efficient devices continues to be equally important.

“In a country like India, affordability is key to any large scale deployment. We need to quickly scale up the availability of affordable devices,” the top executive added.

The telco said that it would bring together the entire ecosystem of vendors and startups to offer innovative solutions and use cases in healthcare, education, agriculture domains. 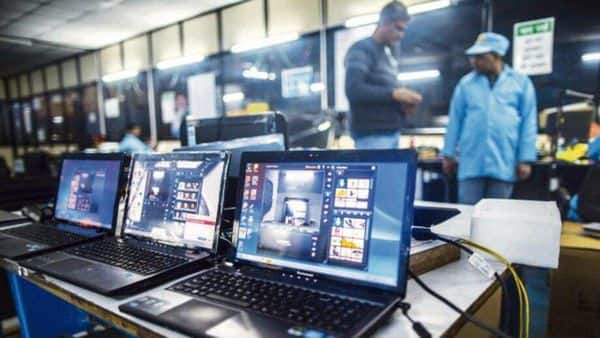 Demand for laptops, PCs may ease as offices, schools reopen Why the world’s biggest traders are betting on blockchain data