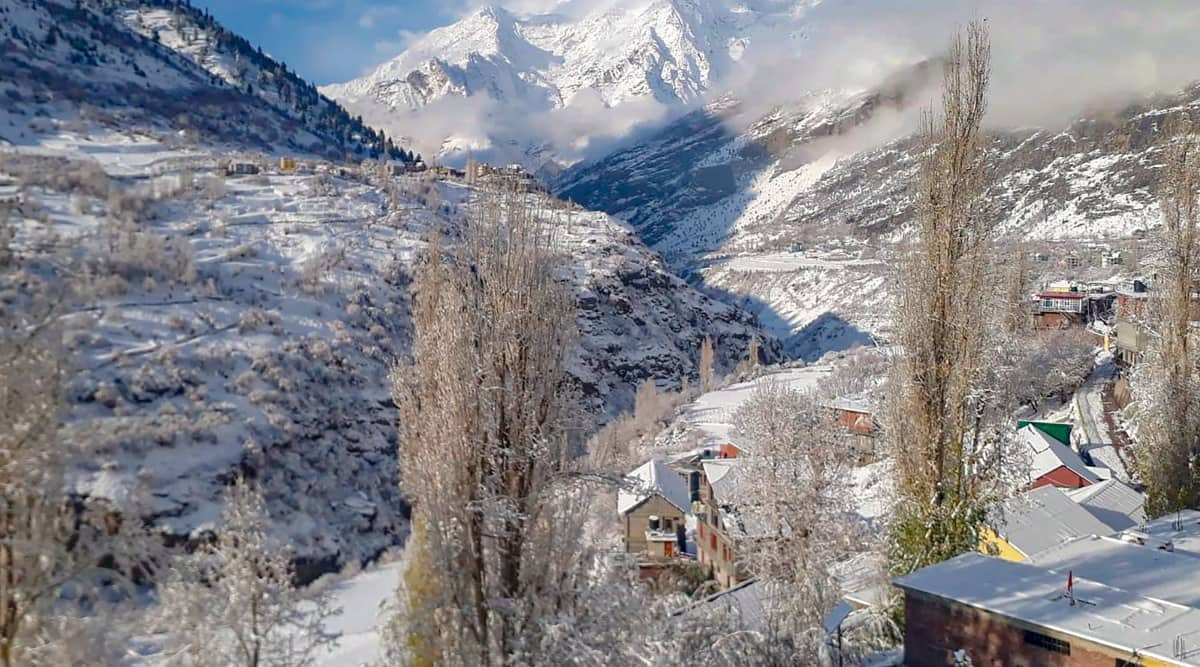 The ski town of Gulmarg lay covered in a blanket of snow on Monday morning as it received heavy overnight snowfall. The IMD predicted that the minimum temperature in the Gulmarg can reach upto minus 2 degree Celsius.

#WATCH | Ski town of Gulmarg covered in a blanket of snow as the region receives fresh snowfall pic.twitter.com/PApBbCZjXE

The weather will be overcast with the possibility of more rain or snow for the most part of the day, according to the meteorological office.

Major highways were closed and villages in high-altitude areas were cut off due to snowfall and rains in Jammu and Kashmir, with authorities closing schools for Monday in some districts as a precautionary measure.

Snowfall was also reported at many places, including Kupwara and Baramulla districts for the first time this season, informed the IMD.

#WATCH | Jammu and Kashmir: The plains and the lower reaches of Kupwara receive the season’s first snowfall. pic.twitter.com/p7E9tjdEWu

Spiti valley also witnessed a fresh spell of heavy snowfall. According to the IMD forecast, the minimum temperature in the valley can reach upto minus 3 degree Celsius today.

Thrikkakara by-poll: UDF, LDF, BJP and an AAP-Twenty20 alliance, all vying for it

Like in sports, language will no longer be barrier to success in academics: PM Modi