Warren Buffett’s Berkshire Hathaway Inc. took a stake of about $5 billion in Taiwan Semiconductor Manufacturing Co., disclosing its holding in the world’s leading chipmaker as part of its portfolio changes in the last quarter.

The Omaha-based conglomerate acquired about 60 million American depository receipts in TSMC in the three months ended September, it said in a filing. The Taiwanese company produces semiconductors for clients like Nvidia Corp. and Qualcomm Inc. and is the exclusive supplier of Apple Inc.’s custom Silicon chips. Apple remains the most valuable single holding in Berkshire’s portfolio.

Assuming Buffett bought TSMC’s ADRs at the average price for the third quarter, the stake would have cost him $5.1 billion. They currently trade at $72.80. TSMC’s shares rose as much as 4.7% in Taiwan after the disclosure.

The 92-year-old Buffett long shied away from the tech industry, making the case that he didn’t want to invest in businesses that he didn’t fully understand. That stance changed in recent years, however, and he has dedicated an increasing proportion of his company’s investments to the tech sector.

Chipmaking is one segment that promises sustained growth over the coming years as it’s essential to the expansion of nascent industries like self-driving and electric cars, artificial intelligence and connected home applications. Expansion of cloud services like Amazon.com Inc.’s AWS also promises to bring in more orders for silicon that goes into vast data centers.

Technology’s deep-red bond returns this year may mask the robust cash flows and fortified balance sheets that underlie the sector. These traits could lead to outperformance in 2023 as investors weigh the potential for a recession. Tight spreads and limited rating downside underpin the sector’s strength.

TSMC, which has taken over from Intel Corp. as the firm advancing the cutting edge of chipmaking, has also emerged as a strategically vital player at a time when the US and China have clashed over leadership in the global technology industry. Taiwan’s most valuable company has the manufacturing prowess to make the world’s most advanced chips, instrumental to advancing every nation’s future commercial industries like EVs and AI but also feeding their military and cyberdefense ambitions. The US has imposed elevated sanctions on high-end chips produced for Chinese customers specifically to forestall them making their way into the hands of the Chinese military.

TSMC shares at home in Taiwan have dropped 28% this year through Monday’s close, as demand for chips has slowed with the economic downturn and investors fretting about oversupply. The company said in October it pulled back on capital spending to about $36 billion this year, which would still be a record high, down from at least $40 billion planned previously. 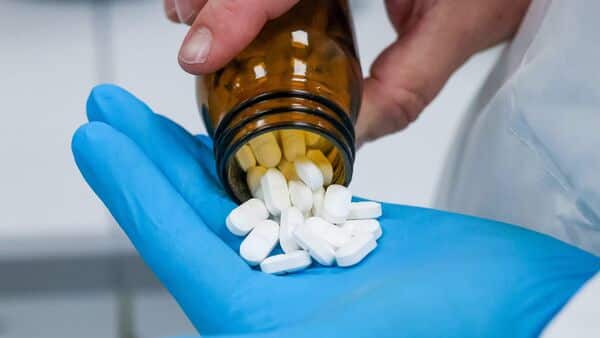 How much more can Divis Labs fall?