Wall Street indexes fell on Wednesday as data pointed to strength in the U.S. economy but signaled inflationary pressures, while disappointing earnings from retailers also weighed on the mood.

The broader retail index fell 0.4% as the results set a grim tone for the sector ahead of the Thanksgiving weekend, which kicks off the shopping-heavy U.S. holiday season.

“The problem is expectations are high for a very strong, robust holiday shopping season for retailers. Anything less than that will be a disappointment,” said Ken Mahoney, chief executive officer of Mahoney Asset Management.

Technology stocks were the biggest drags on the S&P 500 and the Nasdaq, extending this week’s losses after Jerome Powell’s nomination for a second term as Federal Reserve Chair boosted bets of a faster tightening of U.S. monetary policy.

Technology stocks are sensitive to rising interest rates as their value rests heavily on future earnings, which are discounted more deeply when rates go up.

The S&P technology sector and communication services sector fell 0.4% each.

Data showed U.S. consumer spending increased more than expected in October as households bought motor vehicles and a range of other goods, although price pressures heated up.

The so-called core PCE price index, which is the Fed’s preferred inflation measure, accelerated 4.1% in the 12 months through October after a 3.7% advance in September.

Focus is also on minutes of the Fed’s Nov. 2-3 meeting, due later in the day, for clues on the pace at which the central bank intends to taper COVID-era stimulus measures. Fed officials had agreed at the meeting to begin scaling back monthly asset purchases.

Low trading volumes this week ahead of the market holiday on Thursday and a shortened session on Friday have kept volatility high.

Among other stocks, Tesla Inc reversed early losses after CEO Elon Musk sold another 934,091 shares of the electric vehicle maker worth $1.05 billion after exercising options to buy 2.15 million shares. Its shares were last up 0.4%.

Shares of PC makers HP Inc and Dell Technologies jumped 8.9% and 4.3%, respectively, after they logged a more than four-fold rise in quarterly profits amid increasing demand for personal computers. 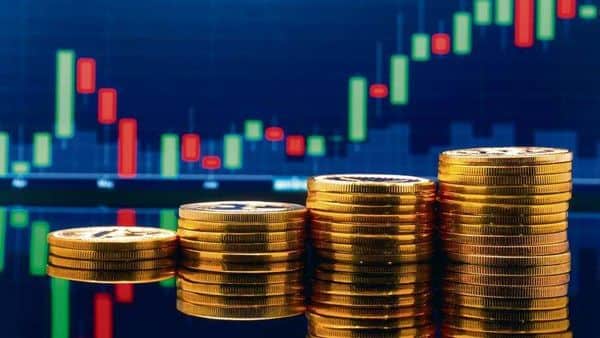 What is RBI’s stand on use of cryptocurrency?