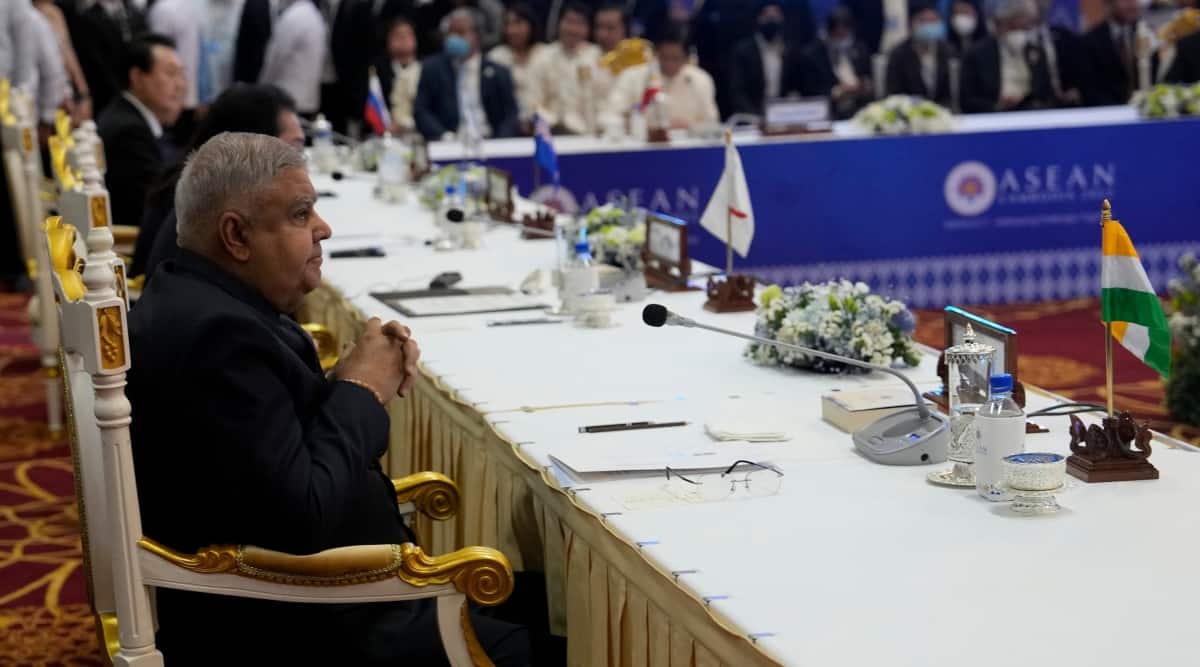 Vice President Jagdeep Dhankhar on Sunday addressed the 17th East Asia Summit (EAS) here, during which he highlighted global concerns on food and energy security, and emphasised the role of the EAS mechanism in promoting free, open and inclusive Indo-Pacific with freedom of navigation and overflight. The US, India and several other world powers have been discussing the need to ensure a free, open and thriving Indo-Pacific in the backdrop of China’s rising military manoeuvring in the region.

China claims nearly all of the disputed South China Sea, though Taiwan, the Philippines, Brunei, Malaysia and Vietnam all claim parts of it. Beijing has built artificial islands and military installations in the South China Sea. China also has territorial disputes with Japan in the East China Sea.

The Quad grouping of India, Australia, Japan and the United States has strongly opposed any unilateral actions that seek to change the status quo or increase tensions in the Indo-Pacific.

Dhankhar, who is in Cambodia on a three-day visit, also briefly interacted with US President Joe Biden on the sidelines of the summit.

After addressing the EAS summit, the Vice President inaugurated the completed conservation work of ‘Hall of Dancers’ in Ta Prohm Temple in the Angkor archaeological complex in the Cambodian city of Siem Reap. He was accompanied by External Affairs Minister S Jaishankar on his visit to the temple. “We are not in the country of our extended neighbourhood, we are in our extended family,” Dhankhar said during the inauguration.

IT Ministry plan: One digital ID that links, can access other IDs

Chhattisgarh minister: Left to me, wouldn’t have given nod for mining