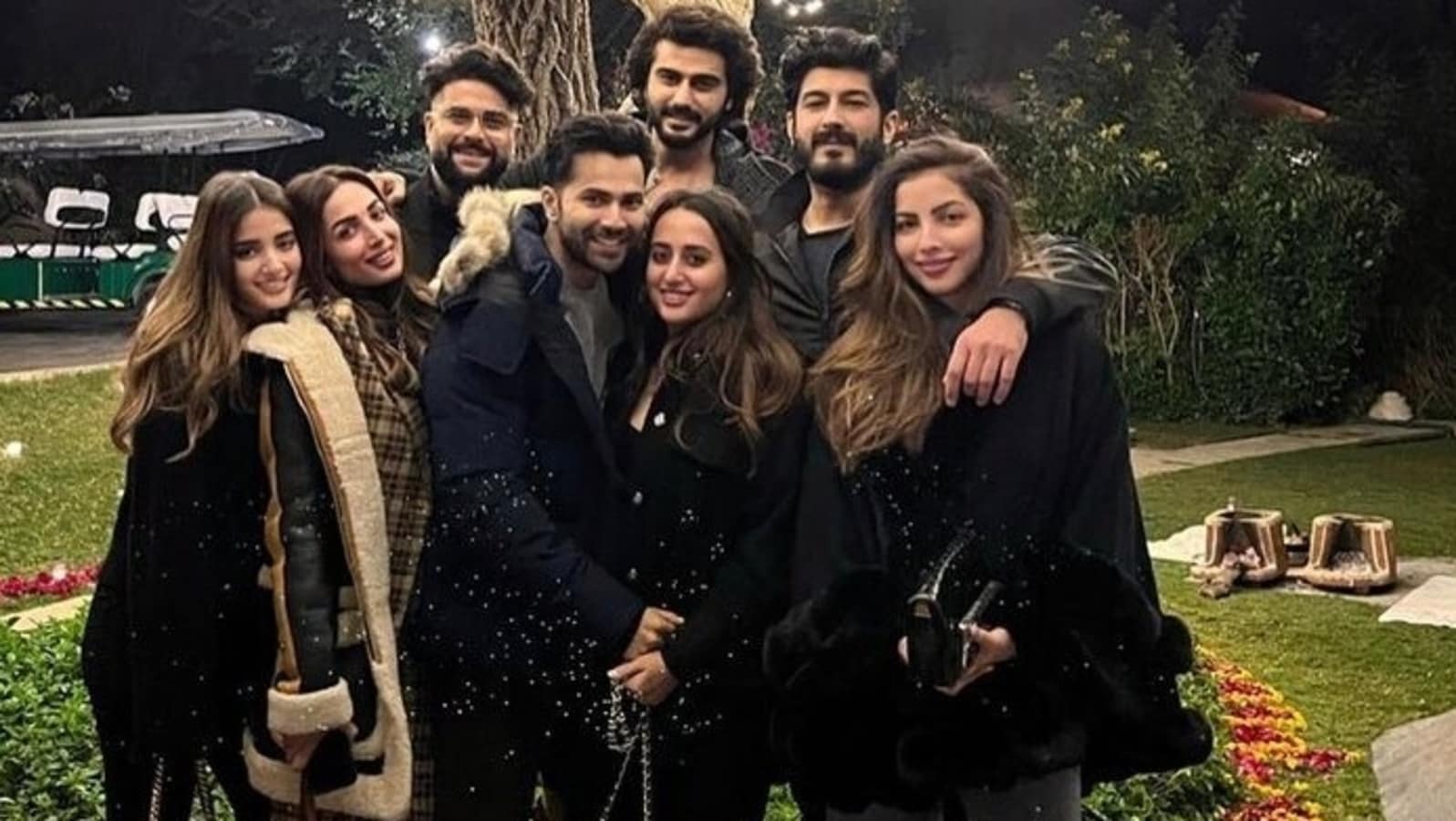 Malaika Arora took to Instagram and shared a happy picture featuring actor-boyfriend Arjun Kapoor, actor Varun Dhawan and his wife Natasha Dalal among others. All of them rang in the new year together. They jetted off to an undisclosed destination to celebrate the new year. Varun and his wife Natasha twinned in black to mark the occasion. Many fans reacted to their group picture. Earlier, on Saturday, Varun had posted a video from his jungle safari with Natasha. (Also read: Alia Bhatt, Ranbir Kapoor throw pyjama party at home; ring in new year with Shaheen Bhatt, Aditya Roy Kapoor. See pics)

The group picture featured Malaika, Arjun, Varun, Natasha, as well as designers Kunal Rawal, Arpita Mehta, and actor Mohit Marwah with wife Antara Motiwala Marwah. All of them gave a big smile as they stood in front of two large trees decorated with fairy lights. Varun opted for a black glittery jacket with pants and white sneakers. Wife Natasha twinned with him in black and carried a black sling bag. Malaika wore a black jacket with a checked outfit. She kept her hair open and carried a sling brown bag. Arjun opted for black.

Sharing the picture on Instagram, Malaika wrote, “Love, happiness and eternal sunshine… happy 2023. ” Reacting to the picture, one of her fans wrote, “Please get married this year (smiling face with red heart eyes emoji).” Another fan commented, “Happy new year, Malaika and all of you (red heart emoji).” A fan also wrote, “I wish you a wonderful new year and hope it brings you many blessings. Get rid of old to make space for new, and I wish you happiness through out the year.” Many fans dropped heart emojis and extended warm wishes of new year. Arjun also shared a similar picture with the caption, “Bring it on 2023!!”

Arjun and Malaika Arora have been dating for many years now. They made their relationship Instagram official in 2019, when Malaika dedicated a romantic birthday post to Arjun. In November, 2022, he refuted the reports that claimed him and Malaika are expecting their first child together.

Malaika was recently seen in her reality show, Moving In With Malaika, on Disney+ Hotstar. Karan Johar, Farah Khan, Kareena Kapoor, Bharti Singh among others marked their presence on the show.

Arjun will be next seen in Kuttey with Tabu, Naseeruddin Shah, Konkona Sensharma and Radhika Madan. The film, directed by Aasmaan Bhardwaj, is set to be released on January 13, 2023. 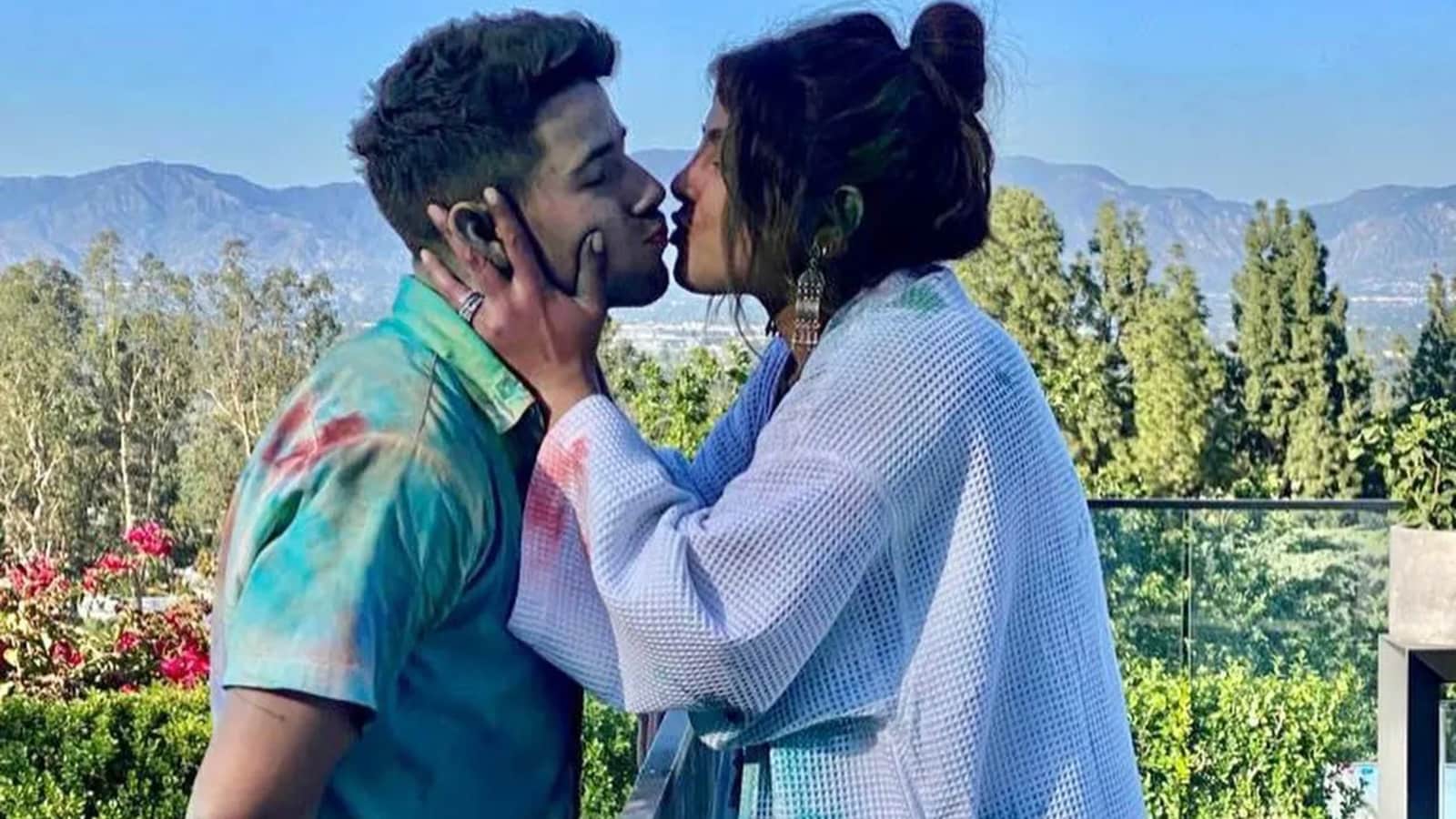 Priyanka Chopra and Nick Jonas share pics from ‘lit’ Holi party at LA home as they kiss, play with colour. See inside Payal Rohatgi and Sangram Singh ‘lock Agra’ as wedding venue; wrestler recalls their first meet on a highway in 2011 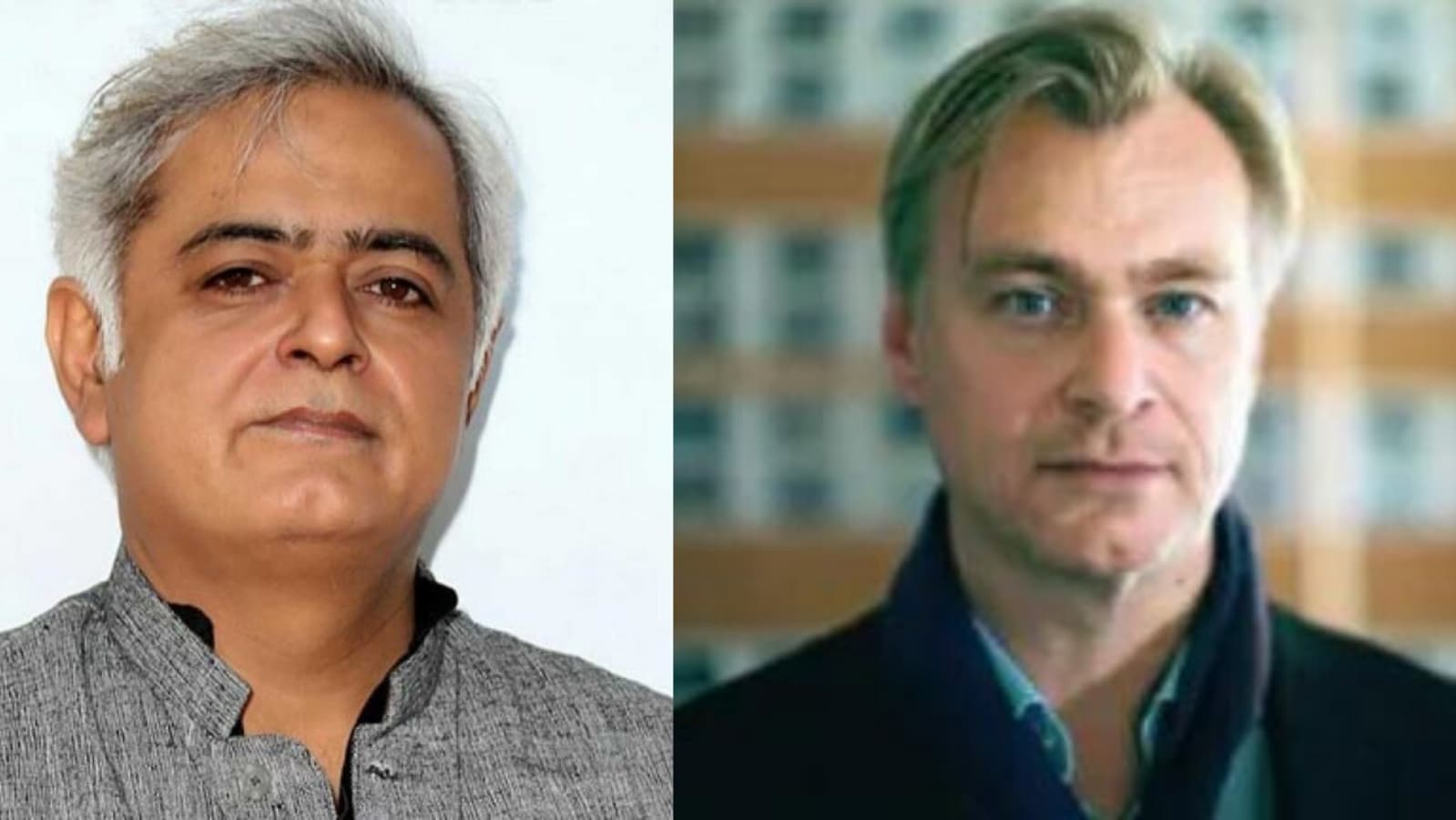