Given the surge in international gas prices, India’s sharp 62% hike in domestic gas price to $2.9/mmBtu (metric million British thermal units) from $1.79/mmBtu does not come as a surprise. Even as rising prices are likely to hurt some sectors, upstream gas producers such as ONGC Ltd and Oil India Ltd are the biggest beneficiaries.

Domestic gas prices are decided considering the volume-weighted average of US Henry Hub, UK NBP gas prices and Japanese crude cocktail prices. It should be noted that domestic gas prices have been on a slide since 2019 and this is the first price hike since then.

The biggest beneficiary is ONGC, India’s largest domestic gas producer. Analysts expect domestic gas prices to be raised further when they come up for review in six months. As such, rising crude prices have boos-ted ONGC’s earnings outlook.

Analysts at Morgan Stanley in a 25 September note said, “India’s producer gas prices should rise to above break-even levels for the first time since 2015 and triple by mid-2022, climbing to record highs, mirroring the rise in underlying global gas benchmarks, which have risen 2-3x above pre-covid levels.” They see significant tailwinds for ONGC, which would see its domestic gas business turning profitable for the first time in two decades.

The company’s international investments in oil fields (oil and gas assets) in Russia and other countries through ONGC Videsh Ltd are also becoming more profitable. As per BofA Securities Ltd, ONGC is among the key beneficiaries of higher crude realizations. Further, the gas price ceiling for gas produced from difficult fields has been raised to $6.13/mmBtu for the second half of FY22 from $3.62/mmBtu for the first half. This is positive for recent gas production from difficult fields by ONGC and Reliance Industries Ltd (RIL).

While RIL too is a beneficiary of gas price hikes, there is unlikely to be a material impact on revenues given the low contribution from this segment. Oil and gas exploration, and production business contributed only about 2-3% to consolidated Ebitda for RIL. Ebitda is earnings before interest, tax, depreciation and amortization.

For other gas companies such as GAIL (India) Ltd, the rise may lead to a negative impact on their LPG (liquefied petroleum gas) segment, where domestic gas is the feedstock. To some extent, the current high LPG prices may offset this impact, according to analysts. What’s more, city gas distribution companies (Indraprastha Gas Ltd, Mahanagar Gas Ltd and Gujarat Gas Ltd) are likely to pass on an increase in gas costs to consumers, which would be neutral for Ebitda margin, said Yogesh Patil, an analyst at Reliance Securities Ltd.

Given the positives, shares of upstream companies such as ONGC and Oil India have scaled fresh highs recently. Potential gas price hikes may keep the buoyancy in these shares intact. 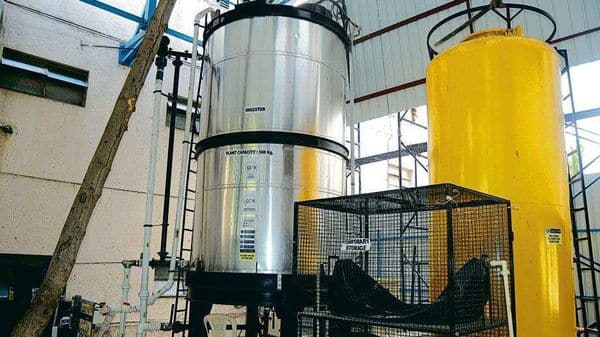