Inflation scare, Russia-Ukraine conflict, among other reasons caused a market correction so deep that many stocks fell like nine pins. Their absurdly high valuations were not justified.

As we move into a new year, let’s take a look at the top overvalued stocks in India right now and what lies in store for them in 2023.

The reason we are highlighting the overvalued stocks right now is because most of these are highly popular stocks and many retail investors track them closely.

Taking note of their valuations, growth prospects, etc might give you more context as to whether these will do well in 2023 or a massive crash lies ahead for them.

First on the list of most overvalued stocks in India is Adani Total Gas.

This shouldn’t come as a surprise honestly, as most Adani group stocks trade in the uncharted territory.

In the last one year, the share price of Adani Total Gas has zoomed 108%.

This means for every one rupee of earnings, shareholders are willing to pay ₹804.

While the valuations have gone up significantly, the company’s earnings yield has taken a hit. Earnings yield is a stock’s expected return.

For Adani Total Gas, the current earnings yield is 0.1%. This means that for every ₹100 worth of shares owned, the shareholders can expect to earn ₹0.1 from their investment in the company.

This is much lower than what a bank fixed deposit (FD) pays.

Over the years, the company has managed to deleverage its balance sheet, and its current debt-to-equity ratio is 0.4x, lower than its five-year average of 0.5x.

A high RoE and RoCE, with a declining debt to equity, show that the quality of the business is improving.

In the last five years, Adani Total Gas has grown its revenues at a compound annual growth rate (CAGR) of 16.3%, driven by higher volumes due to capacity addition. The net profit also grew at a CAGR of 25.1% during the same period.

The company has good growth prospects as it was awarded 15 geographical areas (GA) by the Petroleum and Natural Gas Regulatory Board (PNGRB). To complete these projects, it needs to spend a capex of ₹55 billion (bn), which will be via a mix of debt and equity.

Taking on more debt might increase the company’s financial risk. To add to this, any delay in execution can result in hefty penalties affecting its profitability. So debt will be a key monitorable.

Next on our list is the largest renewable energy developer, Adani Green Energy.

In the last one year, shares of the company have gained 40%.

To add to the high valuations, the company has an earnings yield of 0.2%, much lower than the interest on a savings bank account.

However, this is offset by high debt. Adani Green Energy’s debt has gone up consistently. Currently, its debt to equity ratio is close to 20x.

To add to this, promoters have pledged 4.27% of their shares.

Nevertheless, the company’s revenue has increased threefold and has grown at a CAGR of 29.5% in the last five years, owing to higher power generation. It also turned profitable in the financial year 2021 after reporting consistent losses since inception.

The green energy player continued to perform well even in the recent quarter. In September 2022 quarter, the revenue and profit grew by 19.5% YoY and 46% YoY.

If Adani Green Energy plans to fund this through debt, high leverage on the balance sheet will deteriorate the quality of the business, which might affect its performance on the bourses.

Third on the list is the flagship company of the Adani Group, Adani Enterprises.

Shares of the company have rallied over 120% in the last one year.

Several reasons led to this high valuation, including the company’s inclusion in the Nifty 50 index and promoters increasing stake in the company.

While valuations are going up, the company’s earnings per share (EPS) and earnings yield are falling.

Adani Enterprises’ RoE and RoCE are also consistently below 10% for the last five years. In the financial year 2022, it reported an RoE and RoCE of 2.4% and 8.1%, respectively, the lowest in the last three years.

The company’s debt-to-equity has shot up to 1.8x as against 0.9x in the previous year after it announced various projects in airports, roads, and power segments. But the company is planning a mega ₹200-bn FPO to raise funds and repay debt.

While the company’s revenue has grown at a CAGR of 12.5% in the last five years, the net profit only grew by a CAGR of 4.7%.

Its recent quarterly performance offset this. In the September 2022 quarter, the revenue and net profit have grown by 182% and 260% YoY due to higher revenues from its airport business.

Going forward, its ambitious growth plans are expected to support revenue in the medium term.

The company is expected to incur a capex of ₹520 bn in the financial years 2023 and 2024, which it plans to fund majorly through debt. With the company’s debt-to-equity already above 1x, more debt will only increase the burden on its books.

If Adani Enterprises fails to meet its high-flying goals, it might not be long before the shares snap and enter a downward spiral.

Fourth on the list is yet again an Adani Group company, Adani Transmission.

Shares of the company have gained 50% in the last one year.

In the last five years, the P/E multiple has gone up nearly 12 times, while the P/BV multiple saw a 7.6 times increase.

While the valuations are on fire, the earnings yield fell drastically. In financial year 2018, the company’s earnings yield was 5.4%, which fell to 0.5% in 2022.

Though Adani Transmission has managed to maintain its EPS at around ₹11 per share, its RoE and RoCE have declined in the last five years.

To add to this, the company has always had a debt-to-equity above 1x. Though it has managed to reduce it from 5.3x to 4.8x in the last three years.

Promoters of Adani Transmission have also pledged 6.3% of their holdings to fund growth projects.

Coming to the company’s performance, its revenue has grown at a CAGR of 25.3% in the last five years due to the high demand for power. The net profit, however, grew marginally by 1.6% CAGR due to higher finance costs.

Going forward, the company’s revenue growth will be driven by new projects that are currently under construction.

Most of these projects are funded through debt that is denominated in US dollars. A depreciation in the rupee will increase the interest costs affecting the company’s profitability which might, in turn, affect the shares of the company.

Last on the list of overvalued stocks is Macrotech Developers.

Ever since the first wave of pandemic ended, the real estate industry has remained strong and is on an uptrend. Macrotech Developers, with its established market position, has enjoyed this boom.

In the last one year, the shares fell 15% due to market uncertainties. But the valuations shot up aggressively.

Several reasons could be attributed to this run-up in valuations, such as the company’s performance and boom in the real estate market.

The company’s EPS has improved by 27% in the last five years, indicating higher profits for shareholders. However, its earnings yield was low at 2.2% in March 2022.

Coming to its return ratios, the RoE and RoCE are at 15.3% and 16.3%, respectively, which is slightly lower than its five-year average.

In the last five years, its revenue grew marginally by a CAGR of 1.4%. Its net profit, however, grew by a CAGR of 8.7% due to lower interest costs.

The company also managed to reduce its debt substantially in the last five years. Its current debt-to-equity ratio is 1x as against 4.8x in the financial year 2018.

In September 2022 quarter, the company’s revenue fell by 17.6% YoY, and it also reported a loss of ₹9 bn due to a one-time provision set aside by the company.

With the real estate industry in its growth phase, the company expects to grow its revenue and profits in the medium term.

However, it is important to note the industry is cyclical in nature and has immense competition. Mactoech Developers needs to continuously expand if it wants to increase its market share and maintain growth.

If it fails to do so, then there is a high chance that shares might come under pressure.

Despite several uncertainties, the above stocks have rewarded their investors handsomely in the year gone by.

However, there is no guarantee that they will continue to do so in 2023. By investing in overvalued stocks, you are just overpaying for the stock, and there is less margin of safety. 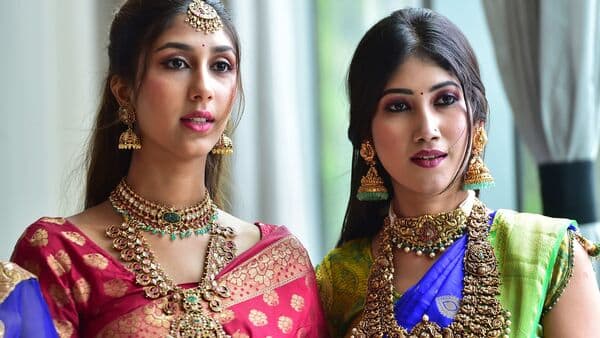 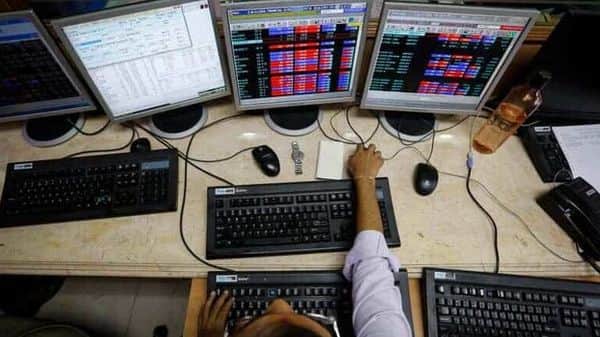