Stablecoin Terra plunged more than 60% to $10 over the last 24 hours with the token falling over 85% in the last seven days amid the crypto slump. Terra’s price has fallen more than 91% from its record high of $119.8 it had hit in April this year.

The cryptocurrency shot to prominence earlier this year when non-profit Luna Foundation Guard, an affiliate of Terraform Labs, the company behind TerraUSD, pledged to amass $10 billion worth of bitcoin to support its dollar peg.

“Terra(LUNA) has had a whirlwind of a week with the token tumbling at an alarming rate, plummeting from a steady price of $88. The debacle began when Terra’s algorithmic based stablecoin TerraUSD(UST) , which is pegged against the dollar, fell sharply to almost $0.6. With that, Binance, one of the top global crypto exchanges, temporarily stopped the withdrawal of UST and LUNA. All this led to a cascading effect on the prices of LUNA, spiraling it out of control. The daily chart for LUNA has broken below the ascending channel pattern. An immediate support could be expected at $4,” said Siddharth Menon, COO of WazirX.

On Tuesday it broke its 1:1 peg to the dollar and fell as low as 67 cents, according to price site CoinGecko, and by Tuesday afternoon TerraUSD had rebounded slightly to 91 cents.

Unlike other stablecoins that have reserves in traditional assets, TerraUSD maintains its peg through an algorithm that moderates supply and demand in a complex process involving the use of another balancing token, Luna.

“Since Monday, Terra USD (UST) has been trading considerably below its dollar peg, but the initial collapse to 98 cents was only the beginning of a much larger slide. The issue on everyone’s mind if the project can be saved as Do Kwon’s Terraform Labs and the Luna Foundation Guard attempt to restore the dollar peg. The extended depreciation has resulted in massive withdrawals from the Terra blockchain App Anchor, which has seen its balances drop by $7.8 billion or 30%,” said Melbin Thomas, Co-Founder of Sahicoin. Treasury’s 20-year bond struggles to catch on with investors 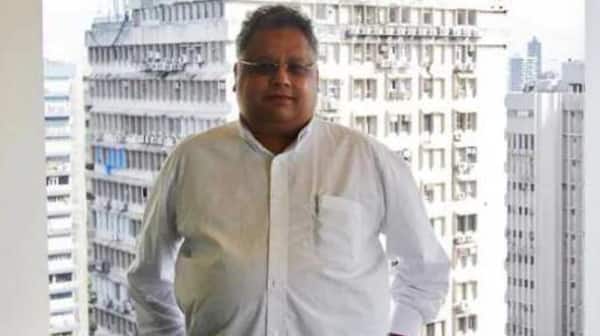 Multibagger Rakesh Jhunjhunwala stock dips 18% in one month. Should you buy?