The 43-year-old, who routinely wears shorts and a T-shirt to work, is one of a generation of Israelis who have become millionaires through the country’s red-hot technology industry, and who are transforming Tel Aviv.

“Even if you don’t belong to tech, there’s a very good chance that it’ll be easier to make a living [here], because there’s money to be spent,” said Mr. Zohar.

As with U.S. cities such as San Francisco and Austin, the tech boom has fueled a surge in building, and in investment in entertainment and leisure. The skyline in Tel Aviv, the center of Israel’s tech industry, is quickly changing. Five of the skyscrapers now under construction will be among the city’s 10 tallest once completed.

However, the boom has increased housing and living costs and the wealth gap threatens to exacerbate Israel’s cultural, religious and political fault lines, potentially pushing the Arab and ultraorthodox minorities further to the margins and creating a long-term problem for Prime Minister Naftali Bennett’s new government.

In the suburb of Jaffa, where violence between Jews and Arabs flared in May, the rising house prices and cost of living are forcing out lower-income Arab residents. Abed Abou Shhadeh, 33, an Arab member of the Tel Aviv-Jaffa city council, said most Arab citizens can’t benefit from the tech boom because most choose not to serve in the army, where many Israelis gain the skills and social network to thrive in the industry.

“The core of the problem is that people believe the state is working against us,” said Mr. Abou Shhadeh.

In Israel, there were 13 unicorns, or private companies with a valuation of at least $1 billion, as of June 6, compared with just one five years ago, according to PitchBook Data. Much of the investment has come from the U.S. Private firms have attracted $15.1 billion in new funding up to Aug. 4 this year, compared with $10.7 billion for all of 2020, as the pandemic accelerated the shift to digital services, according to Start-Up Nation Central. The nonprofit estimates there are another dozen Israeli public tech companies with a market capitalization of $1 billion or more, and dozens of other unicorns with research and development operations in the country.

The tech market’s maturation has meant jobs for a broader swath of people—like Mr. Zohar—working in sales, marketing, operations and accounting, rather than as computer engineers and coding whiz kids.

Some 35,000 Israelis are sitting on stock equity of more than $14 billion, or an average of $400,000 a person, according to IBI Capital, a provider of employee stock ownership plans. IBI Chief Executive Tal Dori forecasts the equity wealth of Israelis working at public companies could more than double over the next two years, after a record 48 listings and special-purpose acquisition transactions in the first half of 2021.

The gush of cash is changing the face of Tel Aviv and its suburbs. Tables are difficult to book at top restaurants. Real-estate prices are rising as banks issue record numbers of mortgages. Sales of luxury vehicles are this year at their highest ever. The hottest night out: initial-public-offering parties thrown for technology employees.

Events planner Gili Orridge said she has tripled her customer base in the past year, as tech companies first wanted her team to send gifts to housebound staff during the pandemic and then sought help throwing multimillion-dollar parties to celebrate public offerings.

For one event, employees were told to arrive at the office with a travel bag, bathing suit and comfortable shoes, and then whisked off to the airport to fly to the seaside resort Eilat. There, the employees were picked up in 4x4s for a desert sunset tour with Champagne and fruits, and then partied in a cave with a live disc-jockey and band.

The sheer demand caught Ms. Orridge by surprise. “I didn’t have a business plan, it was just a wave,” she said.

Also riding the boom is celebrity chef Assaf Granit. The Jerusalem-based restaurateur won a contract with Wix to create seven new concepts for the tech firm’s Silicon Valley-like campus, the first of its kind in Israel. The outlets will add to his seven restaurants in Israel that he says are all full with tech employees and other customers.

“People are fighting over seats,” he said.

The new wealth feels alien to some tech workers who remember a state that was largely socialist until the 1980s, said Shay Feldman, chief executive of a dealership for Ferrari, Maserati and other luxury auto brands. Many of his clients drive their Ferraris in the middle of the night on the weekend so that few people see them, driving run-of-the-mill sedans during the week instead, he said.

“These entrepreneurs are quite different,” said Mr. Feldman. “They’re modest.”

Still, the flood of capital is creating tensions. The average salary of the tech sector’s roughly 338,000 employees is $95,000, more than double the average in other industries, according to June data from Israel’s national statistics bureau. The cost of living is increasing and many poorer Israelis are being priced out of property in Tel Aviv and surrounding areas.

Amir Orad, CEO of Sisense, a privately held data-analytics software firm founded in Israel, said it was now more expensive to hire staff in the country than in many other developed nations.

“In the past, we used to sell into the U.K. out of Tel Aviv, and now we have half the team in London,” he said.

The swift growth has triggered a shortage of skilled labor. More than 60% of companies surveyed by Start-Up Nation Central and Israel’s Innovation Authority said they were struggling to fill research and development positions as of April.

Israel’s new government is looking at ways to use tax windfalls from tech employees cashing in their stock options to level the playing field. It is Israel’s most diverse ever ruling coalition, the first to include an independent Arab party, and has pledged to invest in educational programs and vocational training for Arabs and ultra-Orthodox Jews, who are also underrepresented in the tech sector.

Some policies are proving unpopular. One plan to cut tariffs on imports has frustrated Israeli farmers, who for years have profited from preferential rules that kept prices high. In a July demonstration, farmers blocked road junctions with their tractors, tossing eggs into the streets and grinding traffic to a halt.

“If they want a war, they’ll get a war,” Dubi Amitai, chair of the Farmers’ Federation of Israel, said at another protest in August.

Meanwhile, the tech sector is continuing to expand. Blackstone Group established an office in Israel this year to tap into the growing market, before SoftBank Group Corp. hired former Mossad chief Yossi Cohen to lead its operation. Tel Aviv’s billboards are covered in tech companies advertising for potential hires.

Matthew Bortnick, a real-estate agent in Tel Aviv, said he is making three to four times as much selling houses as when he first started 10 years ago. Neighborhoods that were once considered slums are gentrifying as tech employees move in, he said. The hardest part of his job is finding homes on sale for long enough to show a client.

“Everything is changing,” he said. “It’s really crazy.” 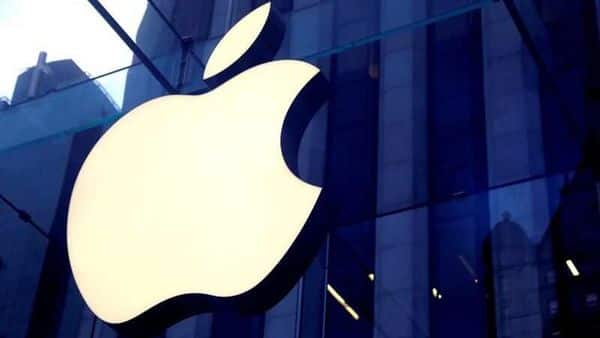