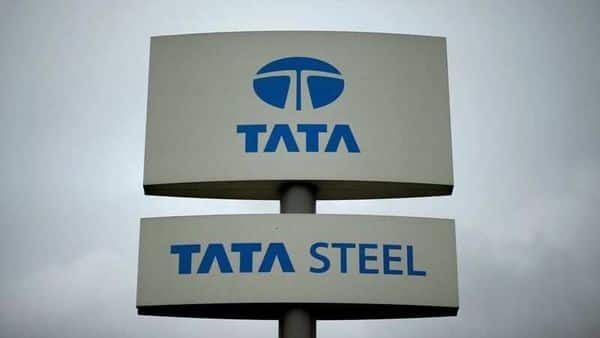 Earlier this month, Tata Steel Ltd reported strong growth in consolidated net profit and overall earnings performance in both the Indian and European markets for the September quarter. But shares of the steelmaker have dropped nearly 10% since. Clearly investors don’t seem to be taken by the robust earnings.

The biggest concern is the recent pressure on steel prices that has emanated from weak demand from China. Steel prices in China have begun to decline, which means prices in India would also follow. Considering that Tata Steel’s shining performance was mostly due to a surge in steel prices, the dip is a disappointment.

A Nomura Global Equity Research report dated 22 November on weekly trends indicates that Chinese steel prices continue to fall, while Indian trade prices are also under pressure with domestic prices above import parity. During the week ended 19 November, Chinese hot rolled coil (HRC) prices had declined by $30 a tonne week-on-week to $780 a tonne as the demand situation remained weak. Indian HRC prices, too, fell by ₹1,000 per tonne week-on-week to ₹71,000/tonne with channel inventory remaining high, and consequently restocking demand continued to be weak.

What’s more, with weakening exports and domestic steel prices being at a premium to import parity prices, domestic mills may resort to more price cuts. “Domestic steel prices are at record premium to import parity after a 20% decline in Chinese prices in the past one month” said analysts at Kotak Institutional Equities in a 24 November note. They expect steel mills to cut domestic prices by 5-10% in the coming months.

Not surprising, the Street is cautious on Tata Steel. Domestic operations remain a key growth driver for the company. The company’s standalone performance in the September quarter benefited from better steel prices. Standalone revenue grew 18.1% sequentially and 50.8% year-on-year. The company’s per-tonne profitability, too, improved to ₹30,739 from ₹11,965 in the year-ago quarter.

However, on the flip side, due to the rising prices of raw materials such as coking coal, per-tonne profit declined from ₹32,712 in the June quarter.

Not just India, Tata Steel’s European operations also gained from higher steel prices and better mix during Q2FY22. Tata Steel Europe saw per-tonne Ebitda more than double to ₹15,609 from ₹6,590 in the previous quarter. The improvement could have been more, but for higher raw material costs, especially that of coking coal, as well as energy costs, said analysts.

Considering that European operations are dependent on external supplies of raw materials, it may see more heat in the December quarter. Analysts at Centrum Stock Broking have lowered Tata Steel Europe’s Ebitda estimates by 35% for FY22.

For now, steel demand remains strong in India. Tata Steel saw steel deliveries increase 11% sequentially in Q2 despite demand contraction due to seasonal weakness. It had also reported its highest-ever quarterly sales in the infrastructure and engineering segment with 19% sequential growth in the second quarter. Flat steel demand remained strong and the company received approvals for flat steel supplies for a new SUV of a leading OEM. Flat steel demand is also set to improve in Europe as automobile manufacturing picks up with the gradual easing of chip shortages.

Global steel demand is expected to rise 4.5% in 2021 supported by an economic recovery while European steel demand is set to grow at a faster pace of 12.7% year-on-year. Expansions will also help.

A lighter balance sheet with gross debt having dropped to ₹78,163 crore at the end of first half of FY22 is also a positive.

Ergo, analysts are not in a hurry to tone down expectations from Tata Steel. Those at Kotak said while steel stocks are likely to remain under pressure amid steel price weakness in the near-term, the risk-reward from a one-year perspective for manufacturers such as Tata Steel remains attractive.