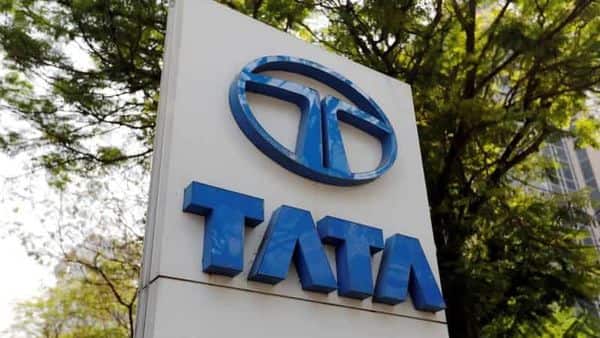 Tata Motors Ltd (TTMT) is now in top gear after bagging an investment of ₹7,500 crore for its small but growing passenger electric vehicle (EV) business in a market that is yet nascent.

Investors are not complaining given the company’s market leadership and the potential growth for EVs in India. But the 20% jump in the company’s shares on Wednesday perhaps is a bit too far.

Global private equity firm TPG Group’s clean climate focused fund and Abu Dabi’s ADQ will invest ₹7,500 crore in two tranches in the company’s proposed EV subsidiary over the next one year. More than the fund infusion, what has excited investors is the value ascribed to the EV business. The fund infusion values Tata Motors’ EV business, which had sold just 1,000 units in September, at $6.7-9.1 billion. This is 31-43% of Tata Motors’s current market capitalization, said analysts at Jefferies India Pvt Ltd. The share of the EV business is hardly material in the overall vehicle sales of Tata Motors. But analysts said the potential outweighs the status quo in terms of valuations.

To be sure, Tata Motors is already the biggest passenger EV player with a 70% market share. But market shares matter less when the market is tiny. The company said it will deploy the funds in its proposed EV subsidiary, which over the next five years will create a portfolio of 10 EVs. Jefferies analysts said this will be 40% of the share in total models available, as 25 EV models are expected to be launched in India in this period. The company has forecast that the EV industry in India will expand 2.5-2.7 times in FY22 and it aims to show exponential growth, too.

Also in association with Tata Power Ltd, Tata Motors will create a large charging infrastructure to facilitate rapid EV adoption, the company said in a release late on Tuesday. Analysts at Edelweiss Securities Ltd said the EV business could show Ebitda breakeven in FY23 given that it would be asset-light. Ebitda is earnings before interest, taxes, depreciation and amortization. “Over next 5 years, expectation is EV penetration will be 10% with TTMT’s market share at 20%,” they wrote in a note.

Wednesday’s euphoria among investors could be largely due to the EV funding, but the outlook for Tata Motors’ main business is upbeat as well. The company reported healthy 21% passenger vehicle (PV) sales in September, taking the quarterly growth to 53%. In commercial vehicles (CV), the growth is being led by improving fleet utilizations and better freight rates. CV growth was 34% year-on-year commercial vehicle sales for September, and 57% for the quarter. As such, the cyclical recovery in the automobile industry works for the company. “Indian trucks and PVs are coming out of their worst downturns of four decades and cyclical recovery is gaining pace. We raise FY22-24 truck industry volume estimates by 4-12%,” the Jefferies report said.

Another factor that works for Tata Motors is an improvement in Jaguar Land Rover (JLR). “Tata Motors is seen more as a JLR/global luxury play, but we believe the incremental upside surprise will come from its Indian business,” Morgan Stanley said in a report dated 7 October.

In short, a broad-based recovery on all its verticals has meant that the out-performance of Tata Motors shares could be justified. Be that as it may, the current troubles from chip shortage still persist, which is a big drag on JLR. The supply shortage is expected to stretch for another quarter, keeping automakers under pressure.

The EV news and the resultant valuation boost should be viewed with some reservations. At the upper end of the fund infusion, Tata Motors’ proposed EV subsidiary is valued at 9.8 times its FY24 EV sales, said analysts at Credit Suisse. “Tesla re-rated from 2x to 10x only after January 2020 after XEV penetration in key Tesla markets started moving above 10%. So that hints at the other risk of being too early to assign higher multiples since the inflection in EV adoption for cars is still a little far in India, given (the) low public charging infrastructure roll out and low range of cars on sale,” the brokerage firm said in its note.

It remains to be seen whether this is Tata Motors’ Tesla moment in India. Ashish Kacholia portfolio stock gives 145% return in one year. Should you buy?