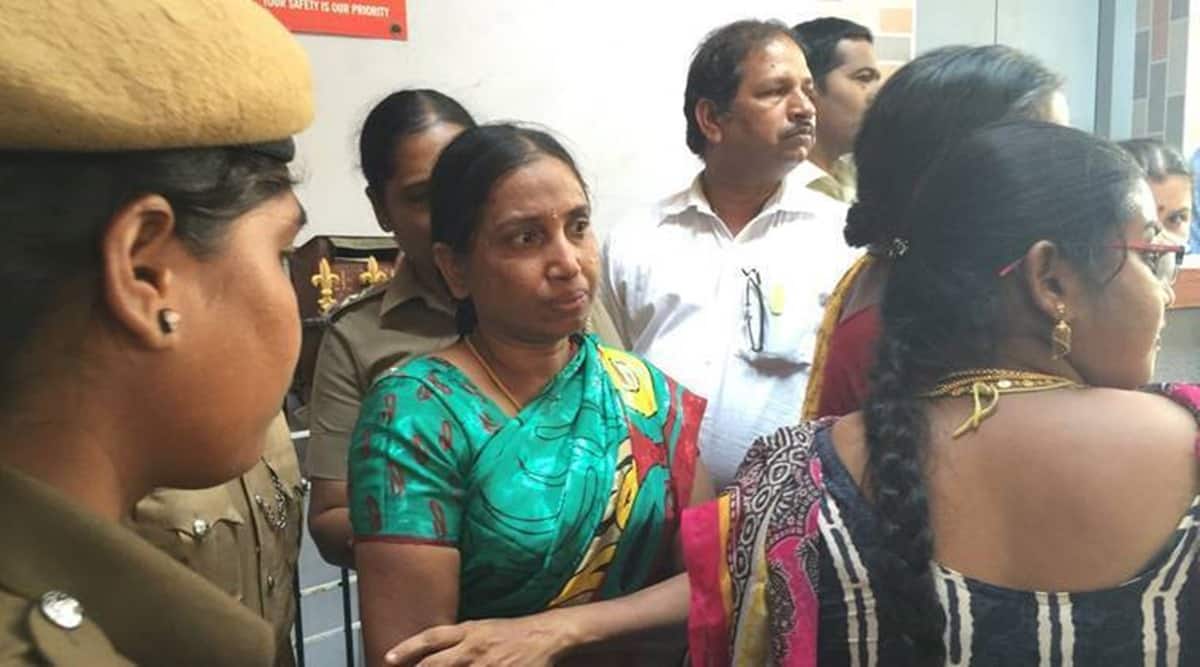 The Supreme Court Friday ordered the release of the remaining convicts serving life imprisonment in connection with the Rajiv Gandhi assassination case. The bench, while taking into consideration the case of A G Perarivalan who was released in May, ordered authorities to free Nalini Sriharan, R P Ravichandran, Santhan, Murugan, Robert Payas and Jayakumar.

Perarivalan was released in May, 24 years after he was sentenced to death in the case and two months after he was granted bail by the apex court.

Former prime minister Rajiv Gandhi was killed by an LTTE suicide bomber at an election meeting in Tamil Nadu’s Sriperumbudur on May 21, 1991.

May 21, 1991: Former prime minister Rajiv Gandhi is assassinated at Sriperumbudur at 10.20 pm. The woman assassin, Dhanu, triggers a belt bomb and kills Gandhi and 16 others.

May 24, 1991: On request of the state government, then under the President’s Rule, handed over the investigation to a Special Investigation Team (SIT) of the Central Bureau of Investigation (CBI).

June 11, 1991: CBI arrests 19-year-old A G Perarivalan. He was booked under the Terrorism and Disruptive Activities (Prevention) Act (TADA) like others accused in the case.

May 20, 1992: SIT chargesheets 41 accused including 12 dead, three absconding, before a special TADA trial court in Chennai.

January 28, 1998: After a prolonged trial, the TADA court sentences 26 accused to death including Nalini and Perarivalan.

May 11, 1999: The Supreme Court upholds the death sentence of four including Murugan, Santhan, Perarivalan and Nalini, three others to life sentences and freed 19 other death convicts. The TADA provisions were also struck down from the case.

April 2000: Nalini’s death penalty is commuted to life by the then Tamil Nadu governor on the basis of a recommendation of the state cabinet, and a public appeal made by Sonia Gandhi.

2001: Three death convicts, including Santhan, Murugan and Perarivalan, submit their mercy pleas to the President of India.

2006: Perarivalan’s autobiography, An Appeal from the Death Row, claimed how he was implicated in the conspiracy by taking a confession under duress that he bought a battery to make the bomb.

August 11, 2011: The then president Pratibha Patil, rejects their mercy petitions after 11 years.

August 2011: As the three death convicts were to be hanged on September 9, 2011, Madras HC stays the execution orders. A resolution is also passed by the then chief minister, late J Jayalalithaa, seeking commutation of the death sentence.

February 24, 2013: Raising the issue of ‘double jeopardy,’ Justice K T Thomas, who headed the SC bench in 1999, said hanging them after 23 years would be unconstitutional. “This appears to be a third type of sentence, something which is unheard and constitutionally incorrect. If they are hanged today or tomorrow, they will be subjected to two penalties for one offence,” he said.

November 2013: Former CBI SP V Thiagarajan, who had taken the confession of Perarivalan in TADA custody, reveals that he altered it to qualify as a confession statement. He said Perarivalan never said he knew the battery he bought would be used to make the bomb.

January 21, 2014: SC commutes the death penalty of three Rajiv Gandhi case convicts, along with 12 others including aides of forest brigand Veerappan, into imprisonment for life.

2015: Perarivalan submits a mercy petition to the Tamil Nadu governor seeking release under Article 161 of the Constitution. Later, he moves Supreme Court after getting no reply from the governor.

August 2017: The Tamil Nadu government grants parole to Perarivalan, the first after his arrest in 1991.

September 6, 2018: On Tamil Nadu governor’s inordinate delay, SC asserts that the governor has the right to decide on the remission petition filed by Perarivalan.

September 9, 2018: Tamil Nadu Cabinet headed by the then chief minister Edappadi K Palaniswami recommends the release of all seven convicts.

May 2021: Perarivalan is out on parole. The new DMK government kept extending the parole.

May 18: The Supreme Court orders release of Perarivalan, 31 years after he was arrested.