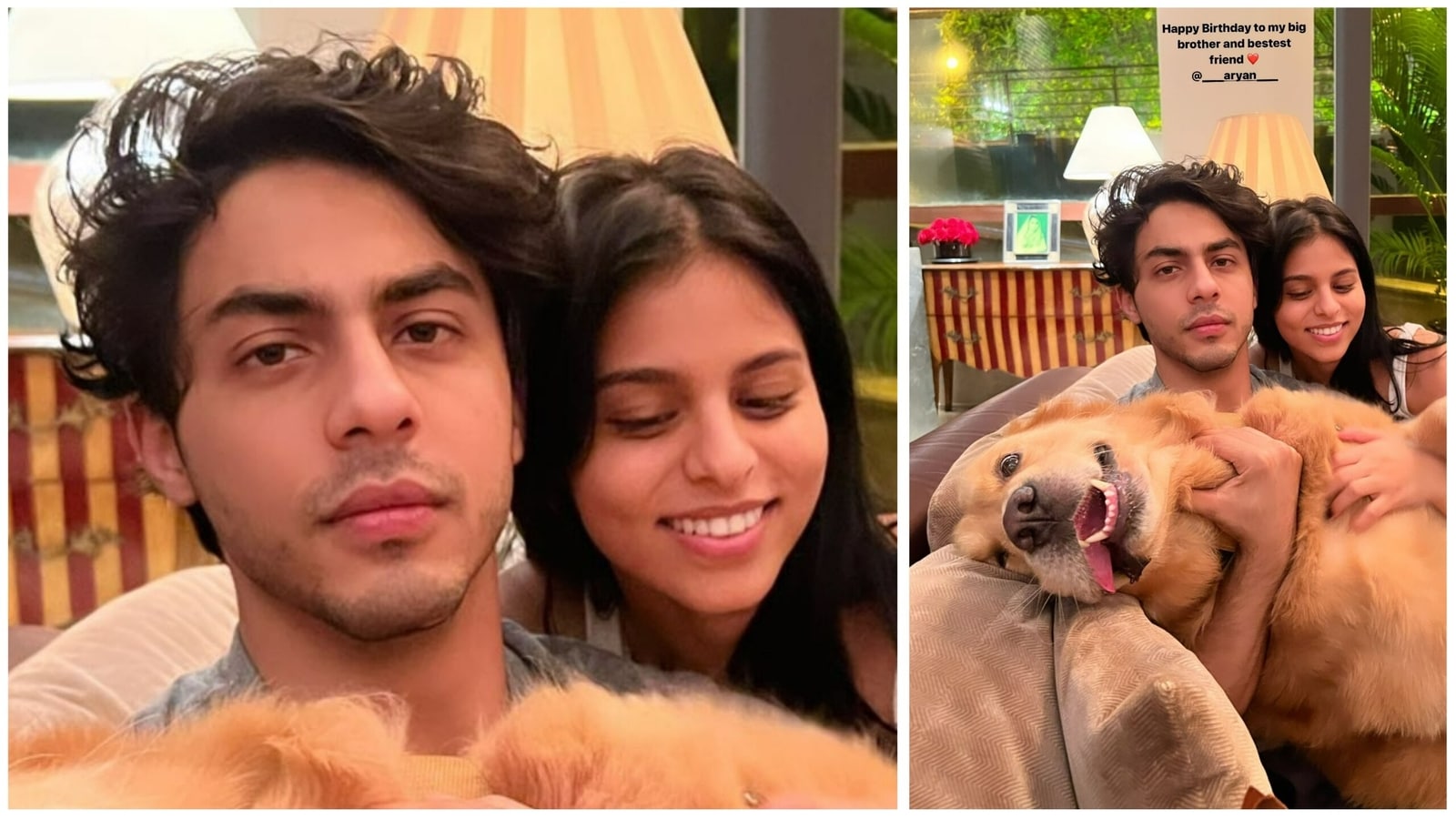 Suhana Khan has shared a sweet Instagram post to wish her elder brother Aryan Khan, on his 25th birthday. She shared an adorable picture with Aryan and their pet dog as they were chilling on a couch at home. The picture also shows a portrait of Shah Rukh’s late mother placed on the table behind them. Also read: Shah Rukh Khan stopped by customs department at Mumbai airport, made to pay duty of ₹6.8 lakh for expensive watches

Sharing the picture on her Instagram Stories Saturday evening, Suhana wrote, “Happy birthday to my big brother and bestest friend.” The picture shows Aryan Khan holding their dog in his arms. Suhana is seen sitting beside him on the couch and smiling at the moment. A glimpse of Mannat’s balcony area is seen in the background, behind the large glass walls.

Suhana’s best friend and actor Ananya Panday had also wished Aryan during the day. Ananya, who had a crush on Aryan during their growing up years, shared a cute childhood picture of them together and wrote, ““Missing baby Aryan. Happy birthday to my first and forever best friend.”

Suhana will soon be making her film debut with Zoya Akhtar’s The Archies. She will be seen as Veronica and is already gaining attention with her glamourous appearances at film parties and events. Aryan has also been joining her on most of the occasions. The siblings were recently spotted together at few film screenings and parties.

Meanwhile, Saturday turned out to be an eventful day for Shah Rukh Khan as he and his team were spotted at the Mumbai airport upon their return from Sharjah after attending an event. They were stopped over payment of dues regarding some goods eligible for custom duty. While the actor was allowed to go, his bodyguard was allowed to leave after paying a custom duty of ₹6.8 lakh on expensive watches.

Shah Rukh will now be seen in action thriller, Pathaan, directed by Siddharth Anand. It also stars Deepika Padukone and John Abraham and will release in theatres on January 25 next year. 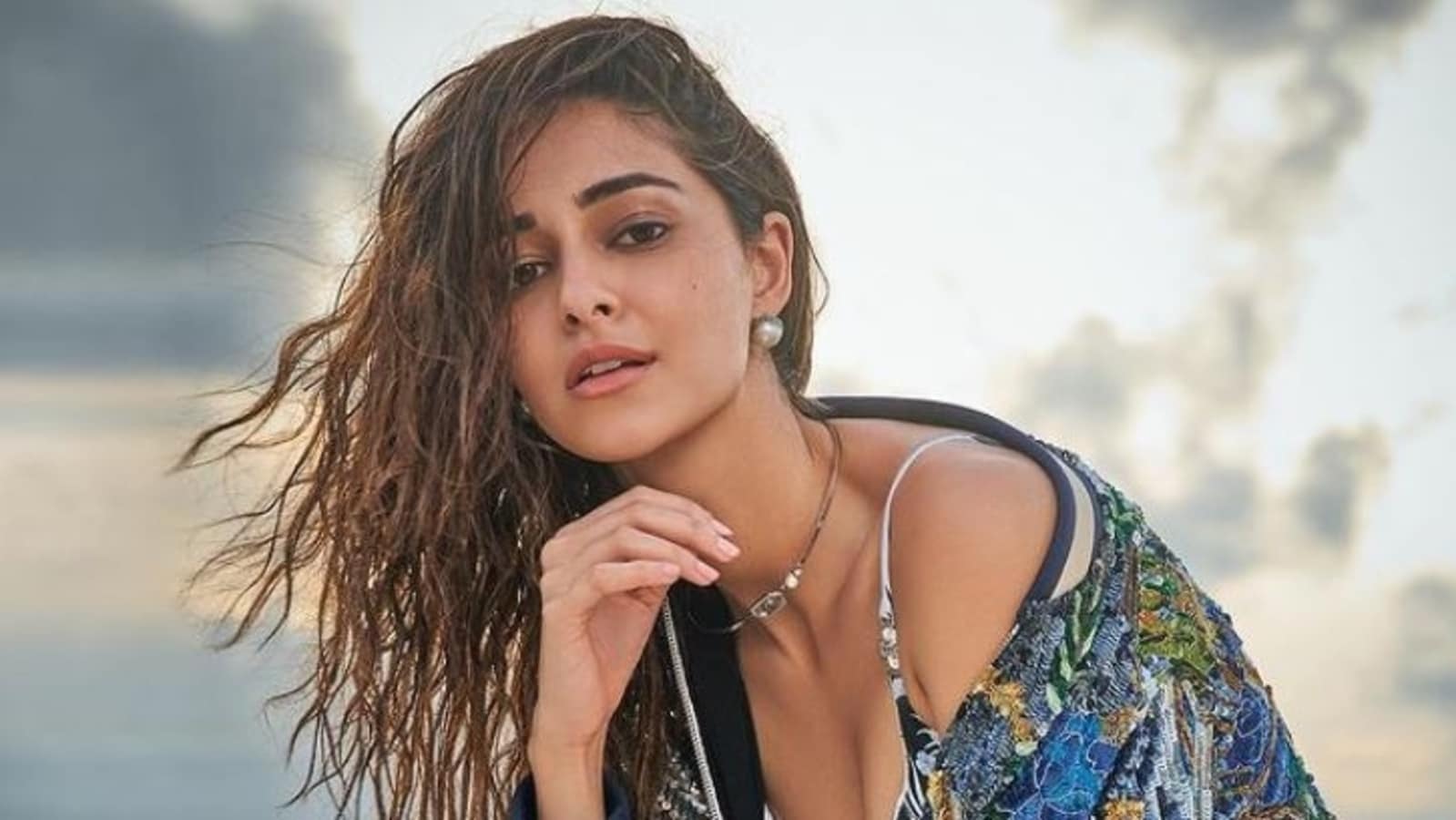 Ananya Panday recalls time when she locked herself in bathroom for 20 minutes, and Shakun Batra thought she fainted 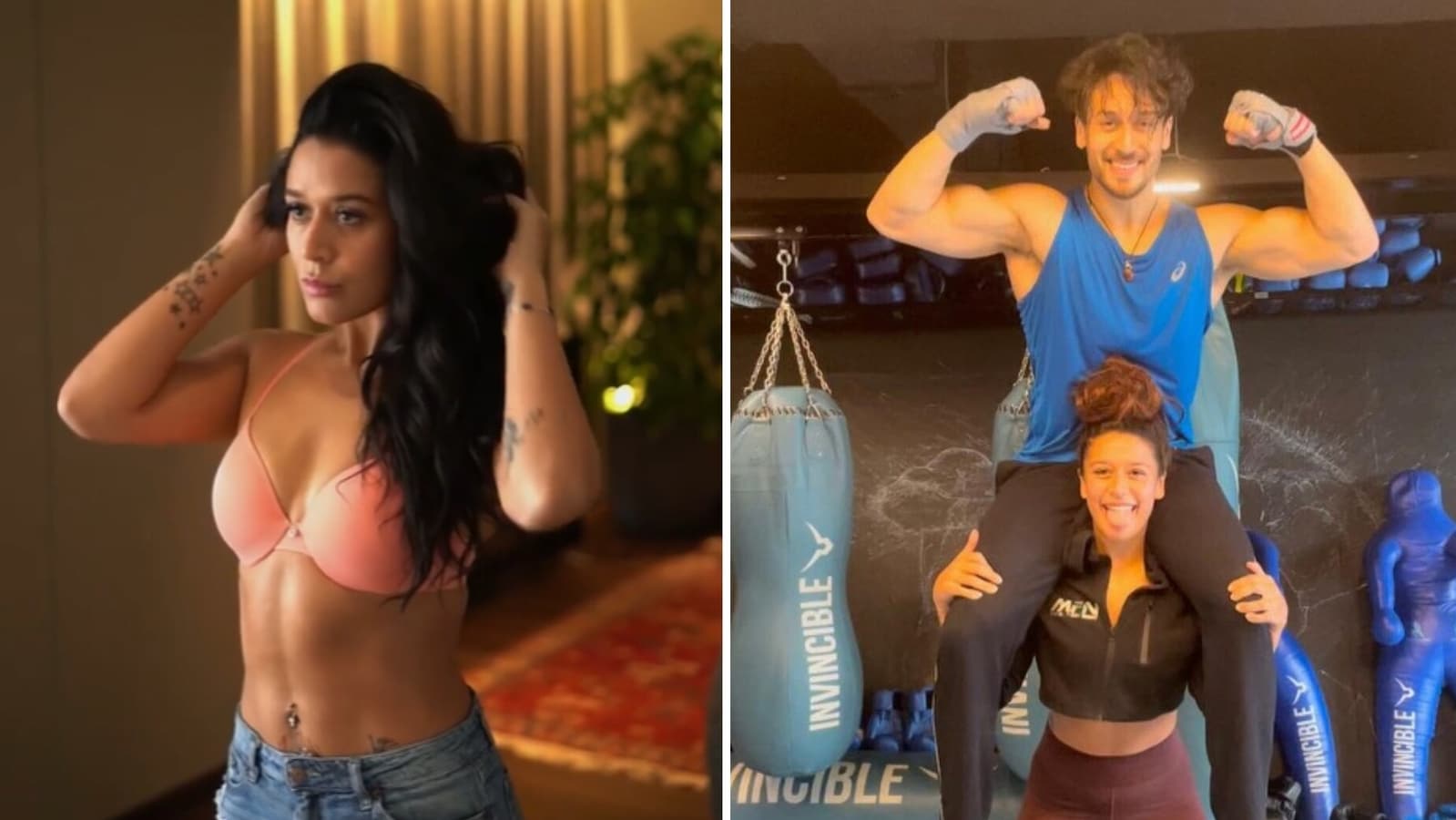