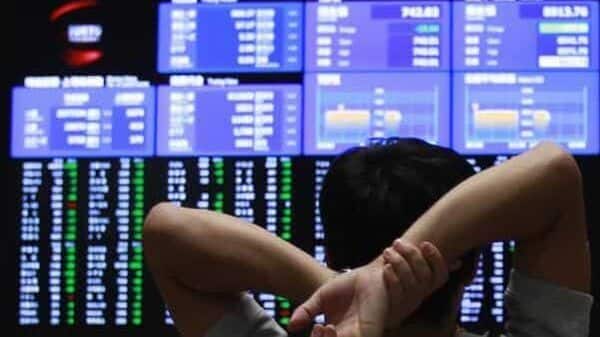 IndusInd Bank: IndusInd Bank on Wednesday reported a 58% jump in its December quarter net profit at ₹1,964 crore, driven by improvements in asset quality and core income. The private sector lender’s net interest income grew 18% to ₹4,495 crore, driven by a 19% loan growth and a 0.17% widening in the net interest margin to 4.27%. The other income grew to ₹2,076 crore during the October-December period from ₹1,877 crore in the year-ago period. This included an 11% growth in the total fee income to ₹2,077 crore, the bank said.

Adani Enterprises: The Adani Group may join the upcoming auction of airports in the public-private partnership model, a top executive said. “We are waiting for government guidelines to come out like everyone else. The speculation is that there will be 11 airports which will be bid this time and we will look at the terms and conditions of the RFQ (request for qualification) and accordingly, we will make a decision if there is any property which is of value for us and if we can make a contribution for the country through that airport,” Adani Airports Holding Ltd chief executive officer Arun Bansal said in an interview.

Power Grid Corporation: State-run Power Grid Corp. of India Ltd (PGCIL) has dropped plans for its second infrastructure investment trust (InvIT) tranche in the current fiscal under the government’s National Monetisation Pipeline (NMP), and is instead exploring monetising receivables from specific projects by securitising their cash flow, said two people aware of the development. The change in plan comes in the backdrop of the lnvlT route facing issues regarding transparent price discovery, and those of taxation involving GST, capital gains, and stamp duty.

Bharti Airtel: Bharti Airtel Group announced on Wednesday that it will be investing ₹2,000 crore to set up a hyperscale data centre in Hyderabad. The announcement was made at the Telangana lounge of the World Economic Forum (WEF) in Davos, Switzerland. Telangana Minister for IT and Industries KT Rama Rao, Principal Secretary for Industries Jayesh Ranjan, and the Group’s founder-chairman Sunil Bharti Mittal were present during the announcement, according to an official release. The official release also said that the Bharti Airtel Group, through its data centre arm, Nxtra Data Centers, will invest the amount as capital investment for the infrastructure which will further attract investments from their customers.

Rallis India: Tata group firm Rallis India on Wednesday reported a 43% decline in its December quarter net profit at ₹22.55 crore. The company’s net profit stood at ₹39.55 crore in the year-ago period, it said in a regulatory filing. Revenue from operations marginally rose to ₹630.39 crore during the October-December period compared to ₹628.08 crore in the same period of the previous fiscal. Exports declined by 6.5%, primarily due to inventory build-up at the customer end, he added.

Hindalco: Hindalco Industries Ltd on 18 January announced the public issue of non-convertible debentures (NCDs) worth ₹700 crore. The capital raising committee has approved an allotment of 70,000, that is 7.60% per annum, rated, listed, unsecured, redeemable, non-convertible debentures (NCDs) of ₹1,00,000 each aggregating to ₹700 crore, on private placement basis, it said in a regulatory filing. According to the firm, the debentures will be redeemed at par at the end of the 14 months from the date of allotment, i.e. 18 January 2023. The redemption or maturity date has been fixed as 18 March 2014.

Sundaram Finance: Sundaram Alternate Assets on Wednesday said it is aiming to raise up to ₹500 crore and lend it to companies struggling to borrow money. The company, a wholly-owned subsidiary of Sundaram Assets Management Company, has already raised ₹205 crore under the Sundaram Emerging Corporate Credit Opportunities Fund – Series I (ECCO I), as per an official statement. This is the maiden corporate credit fund and the proceeds will be deployed for lending to small and mid-market borrowers struggling to access capital from regular institutional lenders, as per the statement.

FMCG penny stock is 56% below from 52-week-high, Board recommends bonus shares