Tata Consultancy Services: Shares of India’s largest IT services company Tata Consultancy Services (TCS) will trade ex-dividend with respect to its third interim dividend of ₹75 per share, which included a special dividend of ₹67 per share for FY23, on Monday, 16 January. The record date for the dividends totalling ₹75 per share is 17 January 2023, i.e. investors’ eligibility for the dividend will be decided based on their holdings in the stock as of the said date. The third interim dividend and the special dividend will be paid to eligible shareholders of TCS on 3 February 2023.

Sun Pharma: The US health regulator has pulled up drug major Sun Pharma for manufacturing lapses, including failure to follow appropriate written procedures designed to prevent microbiological contamination of drug products, at its Gujarat-based plant. In a warning letter, the US Food and Drug Administration (USFDA) pointed out various lapses at Sun Pharma’s Halol plant which produces finished pharmaceutical products. The health regulator inspected the manufacturing facility from April 26 to May 9, 2022.

Avenue Supermarts: Avenue Supermarts, which operates the hypermarket chain DMart, on Saturday posted a 6.69 per cent growth in net profit to ₹590 crore during the quarter ended December 2022, against ₹553 crore in the year-ago period. The company posted a 25.5% growth in total revenue to ₹11,569 crore in the third quarter, against ₹9,218 crore in the same period last year, according to the statement uploaded on its website. According to the company, profit after tax margin stood at 5.1% in Q3FY23, against 6% in the year-ago period.

L&T Finance: L&T Finance Holdings on Friday reported a 39% jump in net income to ₹454 crore for the December 2022 quarter, driven by record retail loan sales. The non-banking lender said the highest-ever quarterly retail loan sales had its retail portfolio mix rising to 64 per cent of the total loan book, up from 58% in the year-ago quarter, Dinanath Dubhashi, the managing director & chief executive of the company, said in a statement. As much as ₹394 crore of L&T Finance Holdings’ total net profit came in from the retail book, which rose a full 76%, on a loan book of ₹57,000 crore — a growth of 34%.

REC: State-owned REC on Saturday said it signed non-binding MoUs with the Uttar Pradesh (UP) government to extend financial assistance for various projects during UP Global Investors Summit, Delhi. These projects include a power plant at the cost of ₹14,103 crore, with a capacity addition of nearly 3,000 megawatts (MW), pollution control equipment and allied works; transmission projects worth ₹7,800 crore for strengthening the transmission system and network in the state, and a distribution project of ₹13,600 crore for strengthening infrastructure, reducing aggregate technical and commercial losses.

RailTel: Indian Railways‘ wholly owned subsidiary RailTel Corporation of India Ltd has received a work order worth ₹170.11crore from the Puducherry government to design, develop, supply, install, test, commission and operations and maintenance of integrated command control centre (ICCC) and other associated activities for a smart city. The contract is for five years and will be completed in 10 months‘ time. “RailTel has been selected through competitive bidding and it is the first smart city project awarded by the Puducherry government,” the company said in a press release.

Sula Vineyards: The largest wine producer in the country, Sula Vineyards on Friday announced December 2022 quarterly sales figures. In Q3, Sula recorded the highest-ever quarterly gross billings overall in both its own brands and wine tourism business. Sula expects to continue its growth story and leadership position even in 2023. As per the regulatory filing, Sula registered an upside of 13% in own brands sales to ₹187.2 crore during Q3 versus ₹165.7 crore in Q3FY22. While in nine months period of FY23, the growth was at 28% YoY.

NDTV: New Delhi Television Ltd said on Friday that some more of its senior executives, including President Suparna Singh, had resigned, a move that comes less than a month after the Adani Group took control of about 65% of the Indian broadcaster. NDTV’s chief strategy officer, Arijit Chatterjee, and chief technology and product officer, Kawaljit Singh Bedi, also quit, resignations that come after founders Prannoy Roy and Radhika Roy left the company’s board in December. 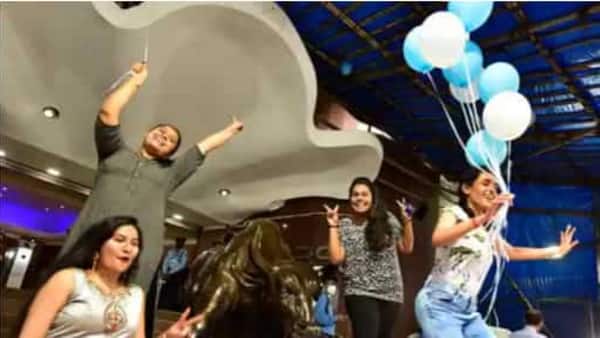 Pick of the week: Brokerage recommends buying in this metal stock. Key triggers