InterGlobe Aviation: IndiGo Airlines co-promoter Rakesh Gangwal and his wife on Thursday divested a 2.74% stake in the parent company InterGlobe Aviation for ₹2,005 crore through open market transactions. Gangwal had resigned from the board of directors of the company in February 2022, stating that he will gradually reduce his equity stake over the next five years. Gangwal along with Rahul Bhatia co-founded the low-cost carrier IndiGo airlines.

Tata Power: Tata Power Renewable Energy Limited, an arm of Tata Power, on Thursday said it will set up a 100 MW solar power plant for Viraj Profile in Maharashtra. Viraj Profile Private Limited (VPPL) is a stainless steel manufacturer, which owns and operates a plant located at Tarapur at Nandgaon. In a statement, Tata Power Renewable Energy Limited (TPREL) said, “It has collaborated with VPL to set up a 100 MW captive solar plant. The plant is expected to generate about 200 MUs of energy and offset approximately 170.43 million Kg of CO2 annually.

Coal India: Coal India on Thursday informed investors that increasing coal prices remain difficult in the current context when the economy is grappling with high inflation. The miner was seeking to raise prices to mitigate high input costs on account of high diesel and explosives prices, among others. Coal India has not raised prices in the last four years.

Reliance Power: Reliance Power (RPower) board has approved a proposal to raise ₹933 crore through the issuance of equity shares to VFSI Holdings. The board in its meeting held on September 8, 2022, has approved the proposal to issue up to 60 crore equity shares and/or warrants convertible into equity shares, to VFSI Holdings Pte Limited, a foreign investor (Investor), at an issue price of ₹15.55 per share and/or warrant, aggregating to ₹933 crore, according to a BSE filing.

KRBL: The government on Thursday imposed a 20% export duty on non-Basmati rice except for parboiled rice to boost domestic supplies amid a fall in area under the paddy crop in the current Kharif season. According to a notification by the revenue department, an export duty of 20% has been imposed on ‘rice in husk (paddy or rough)’ and ‘husked (brown) rice’. KRBL is a rice processing and exporting company and the world’s largest rice miller.

PNC Infratech: PNC Infratech signs an agreement for a Hybrid Annuity Model (HAM) project worth ₹1,458 cr with the National Highways Authority of India (#NHAI), according to reports. Upon declaration of the appointed date, The project is to be constructed within 24 months and operated for 15 years post-construction. 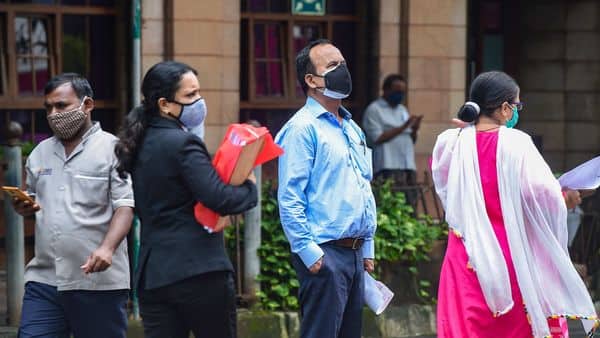 Another high for Nifty, but all eyes now on Bank Nifty