A Fed official on Wednesday hinted that further rate hikes are warranted despite cooling inflation. Investors are also worried about an impending recession, but most banks have predicted it to be mild in nature.

Pakistan gets $2 billion from UAE, with $1-billion additional loan in pipeline

On January 19, the Abu Dhabi Fund for Development (ADFD) extended its $2-billion deposit with the State Bank of Pakistan (SBP). Prime Minister Shehbaz Sharif spoke with UAE President Sheikh Mohammed bin Zayed al-Nahyan about the rollover during his recent visit to Pakistan, according to Pakistan’s Finance Minister Ishaq Dar.

The UAE president promised to grant a $1-billion extra loan in addition to rolling over the existing $2-billion loan, according to Geo News. The financial assistance from the UAE gave some solace to Pakistan, which is still recovering from devastating countrywide floods that have cost more than $30 billion in damage. (Read More)

The coal secretary held the review meeting with all coal companies, an official release said on Wednesday.

“It has been decided to fix 780 Million Ton (MT) target to Coal India, 75 MT for Singareni Collieries Company Ltd and 162 MT for captive and commercial mines. A total of 290 mines are operational in Coal India, out of which 97 mines produce more than one MT per year,” the coal ministry said.

Bitcoin extended declines after snapping a rare 14-day winning streak as a mood of caution supplanted the risk appetite that drove up a variety of assets at the start of the year. The world’s largest cryptocurrency was trading about 3% lower at $20,759. The global cryptocurrency market cap today was down almost 4% in the last 24 hours to $1 trillion, as per the data by CoinGecko.

“Most cryptocurrencies saw a decline as the market reacted to the U.S. crackdown on the Bitzlato exchange. Bitcoin briefly rose above its resistance at $21,480 but was unable to maintain the gains, potentially attracting profit-taking by short-term traders. If it can rise above $21,400, it may attract buyers and push the price up further. Ethereum managed to surpass its resistance at $1,600 but failed to close above it. Its immediate support is now at $1,490, and its resistance is at $1,550,” said Edul Patel CEO & Co-Founder, Mudrex. (Read More)

Shares of Gautam Gems are one of the circuit to circuit stocks on Dalal Street. The small-cap SME stock has been a regular circuit maker stock at Indian stock market these days but it is one of the multibagger stocks in 2022 as well. The SME stock has surged to the tune of near 140 per cent in last six months, doubling shareholders’ money in this period. (Read More)

Geojit Financial Services on today’s market: Volatility will continue till there is clarity on the US recession issue

Dr V K Vijayakumar, chief investment strategist at Geojit Financial Services: The crucial issue influencing equity markets globally is whether the US will succeed in containing inflation without falling into a recession. There is no consensus on this. When data indicate a possible recession, US markets go down and all other markets are impacted. Conversely, when data indicate the US economy dodging a recession, US markets go up triggering a rally in all other markets. This volatility will continue till there is clarity on the US recession issue. Early Q3 results indicate good performance by IT and banking. Bank Nifty is slightly weak on concerns of pressure from rising deposit costs. But the credit cycle is strong. IT numbers do not reflect recession fears. Trend indicates that the capital goods segment is strong.

Prince Pipes (CMP 592): We expect Prince to expand its leadership with the manufacturing expertise, leveraged distribution and competitive agility in the pipes sector. In view of the expected pick-up in demand, cost optimization measures and series of strategies for the next level of growth, we have our BUY rating on the stock with Target Price at Rs700.

For today’s trade, long position can be initiated in the range of Rs215.50-

For today’s trade, long position can be initiated in the range of Rs773-

For today’s trade, long position can be initiated in the range of Rs3,362-

Vedanta to acquire Meenakshi Energy for ₹1,440 crore through insolvency

Vedanta which made the highest bid for the thermal power company emerged as the successful bidder.

“Post submission of bid for Meenakshi Energy Limited under Corporate Insolvency Resolution Process (CIRP) under IBC, Vedanta Ltd has been declared successful bidder on January 18, 2023 subsequent to which board of directors of Vedanta Limited has approved the acquisition of Meenakshi Energy Ltd,” oil-to-metal conglomerate said in a regulatory filing.

The acquisition is estimated to be completed in FY24.

On the cost of acquisition, Vedanta said that “the consideration payable is ₹1,440 crore.” (PTI)

Indian government bond yields are expected to trade lower in the early session on Wednesday, tracking a similar move in U.S. yields after weak economic data in the world’s largest economy.

There should be some fall in bond yields as the U.S. 10-year yield has broken the crucial bottom resistance level, the trader added.

U.S. yields dropped after data showed that U.S. retail sales fell more than expected in December and as the Bank of Japan maintained its bond yield cap, reducing concerns that investors would switch out of U.S. debt and into Japanese bonds.

U.S. retail sales were pulled down by a decline in motor vehicle purchases and other goods, putting consumer spending and the overall economy on a weaker growth path heading into 2023. (Reuters)

The central government has declared bonus for postal life insurance (PLI) policies for the financial year 2023-24. The bonus announced for the PLI policies will become applicable from 1st April 2023 i.e. from first date of FY24. The Directorate of Postal Life Insurance, Department of Post, Ministry of Communications made an announcement in this regard and the order has been published in the Gazette of India.

India’s private space and satellite industry, which crossed the dual milestones of having 100 active startups and $100 million in venture capital funding last year, is pushing for the rollout of a dedicated production linked incentive (PLI) scheme in the Union budget to boost local manufacturing of satellites, rockets and related components, which they hope will help to cut reliance on imports and strengthen India’s private space and component industry. They are also seeking tax benefits, similar to the Centre’s extended tax holidays given to startups under Section 80 IAC of the Income Tax Act, in the budget. (Read More)

State Bank of India (SBI), the country’s largest lender, has raised ₹9,718 crores ( ₹97 billion) through its second infrastructure bond issuance on Wednesday at a coupon rate of 7.70 per cent.

According to SBI, the fund proceeds will be utilised to enhance long-term resources for funding infrastructure and the affordable housing segment. The tenor of these bonds is 15 years. The issue attracted an overwhelming response from investors with bids of ₹14,805 crore and was oversubscribed by 2.96 times against the base issue.

The total number of bids received was 118, indicating wider participation. The investors were across mutual funds, provident and pension funds, and insurance companies, the SBI statement said. (ANI)

The collapse in the prices of digital assets over the past year will allow investors to focus on the “true value” of this new technology, the distributed ledger and the smart contracts that can be built on them, former Reserve Bank of India Governor Raghuram Rajan said on Wednesday.

“The idea that somehow cryptos are going to maintain value, while the fiat currencies collapse. That’s nonsense,” Rajan said on the sidelines of the World Economic Forum’s annual meeting in Davos, Switzerland.

“Fiat currencies have won out in terms of which is more credible,” he said in an interview with the Reuters Global Markets Forum. (Read More)

IndusInd Bank on Wednesday reported a 58 per cent jump in its December quarter net profit at ₹1,964 crore, driven by improvements in asset quality and core income.

The private sector lender’s net interest income grew 18 per cent to ₹4,495 crore, driven by a 19 per cent loan growth and a 0.17 per cent widening in the net interest margin to 4.27 per cent.

The other income grew to ₹2,076 crore during the October-December period from ₹1,877 crore in the year-ago period. This included an 11 per cent growth in the total fee income to ₹2,077 crore, the bank said.

The bank was able to post a 14 per cent increase in the overall deposits driven by the retail deposits amid a wide divergence in the credit-deposit growth numbers in the system which has triggered what some bankers call a war for deposits.

Its overall provisions came down to ₹1,065 crore from ₹1,654 crore in the year-ago period, helping the bottom line. (PTI)

The rupee pared its initial losses and settled 44 paise higher at 81.25 (provisional) against the US dollar on Wednesday, tracking a weak greenback overseas and a firm trend in domestic equities.

However, rising crude oil prices capped the gains in the rupee, traders said.

At the interbank foreign exchange market, the local unit opened weak at 81.80, but pared the losses and settled for the day at 81.25 (provisional), registering a rise of 44 paise over its previous close.

During the trading session, the local unit witnessed an intra-day high of 81.25 and a low of 81.82 against the American currency.

On Tuesday, the rupee had closed at 81.69 against the US dollar.

The dollar index, which gauges the greenback’s strength against a basket of six currencies, declined 0.45 per cent to 101.93. (PTI)

India’s economy picked up speed in December as business conditions improved, marking a rebound for the South Asian nation that had shown signs of a slowdown the preceding month.

The reading comes ahead of the unveiling of India’s budget on Feb. 1, when Finance Minister Nirmala Sitharaman is set to highlight India’s potential to grow at a world-beating pace in the year beginning in April. The performance of Asia’s third-largest economy contrasts with that of many developed nations, which face recessions this year. (Read More)

Wall Street has biggest pullback of the year on Wednesday, led by tech

Wall Street had its biggest pullback of the year Wednesday after a broad slide for stocks wiped out much of the benchmark S&P 500 index’s gains from last week.

The S&P 500 fell 1.6% after having been up as much as 0.6% in the early going. The Dow Jones Industrial Average lost 1.8% and the Nasdaq composite slid 1.2%, ending a seven-day winning streak. The losses are a reversal for the market, which kicked off the year with a two-week rally.

The selling came as new economic data showed that even as inflation continues to cool, the economy is slowing, heightening worries about the possibility of a recession. Meanwhile, a key Federal Reserve policymaker said interest rates need to go higher than the central bank has previously signalled.

The government reported that Americans cut back on their spending at retailers more than anticipated last month, the second straight decline. Separately, the Federal Reserve said U.S. industrial production, which covers manufacturing, mining and utilities, fell in December much more than economists had expected.

The government also reported more encouraging inflation data. Wholesale prices rose 6.2% in December from a year earlier, a sixth straight slowdown for the measure of prices before they are passed along to consumers. (AP) SBI Life shares retraces from 52-week high. Should you buy, hold or sell? 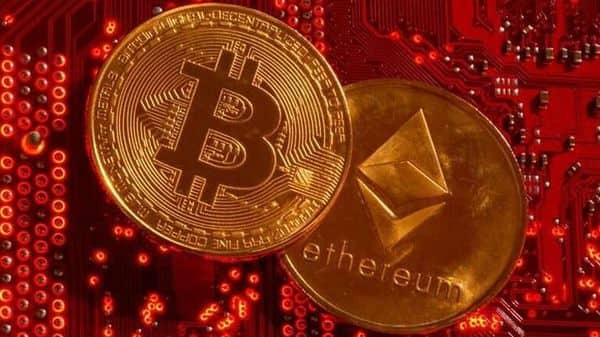 Bitcoin vs Ether: Which crypto will continue its outperformance trend in 2022? 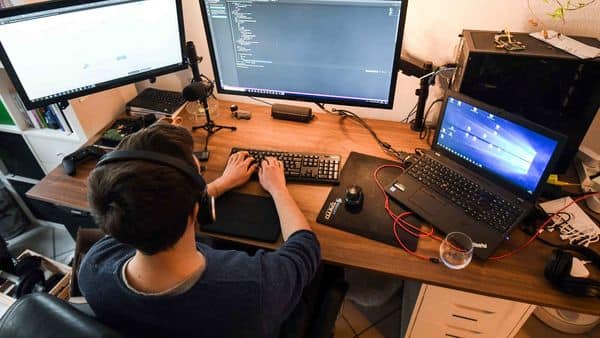