“Even as there are talks of global recession, the Indian economy is holding up really well, prompting investors to bet on the India growth story,” said Shrikant Chouhan, head of equity research (retail) at Kotak Securities Ltd.

Brent crude prices have continued to hover around $91-92 a barrel, bringing respite to a nation that imports 85% of its oil requirements. Brent prices fell below $100 a barrel in August and were around $95 a barrel in the first 10 days of September. Softer crude prices are also likely to support the rupee, which has outperformed many emerging market currencies, analysts said.

“The relief rally continued for the second straight session, which is indicative that investors are finding local stocks attractive after every short-term correction,” Chouhan said.

While the selling by overseas investors has been there in all the emerging markets, the extent to which the currency depreciated is also comparatively less in the case of the domestic economy, analysts at Emkay Global said.

Foreign portfolio investors have remained net buyers of around ₹66,000 crore of equities in the second half of 2022 (till 19 September). They were net buyers of ₹1,196 crore worth of equity on Tuesday too.

All the sectors saw gains, with the lagging information technology and pharma stocks joining the rally and slowly emerging as a value pick for long-term investors, experts said.

However, to sustain the trend, the global markets need to stabilize, they added.

“It makes sense to be stocks and sector specific in this unfavourable global economic scenario and highly premium valuation of India compared to the rest of the world,” said Vinod Nair, head of research at Geojit Financial Services.

Investors remain watchful about US Fed’s statements on 21 September, and any major break-out from the present levels remains unlikely for two days, feel analysts.

A big correction after the Fed decision is possible only if the rate hike is by 100 bps, while a 75 bps rate hike by the US Fed remains factored in.

On Wednesday, the Fed and Bank of Japan will announce their interest rate decisions, followed by the Bank of England on Thursday.

If the Fed raises the interest rate by 75 bps in line with market expectation, “then we can expect the positive momentum to continue, and Nifty may inch towards 18,000″, said Siddhartha Khemka, head of retail research at Motilal Oswal Financial Services Ltd. However, the Fed chairman’s commentary would also be significant as it would give an indication of the longevity of the rate hike cycle, added Khemka.

Traders now expect an 82% probability of the Fed lifting interest rates by 0.75 percentage points on Wednesday and an 18% chance of a percentage-point increase, according to CME Group’s FedWatch tracker. 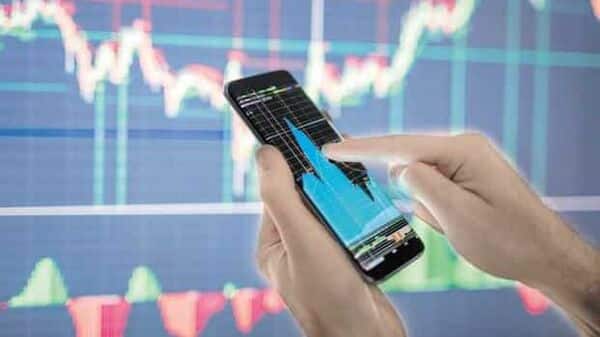