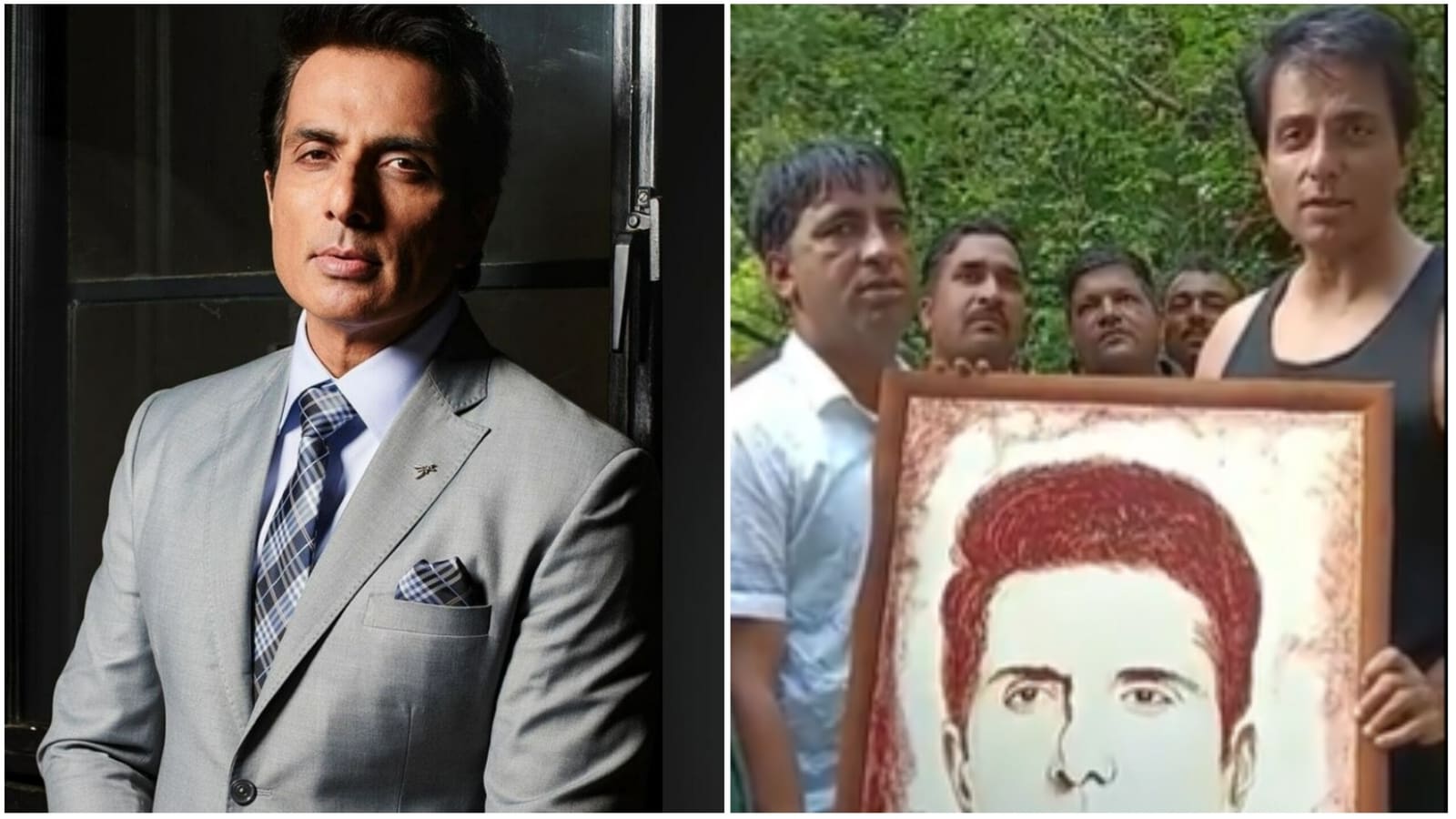 Sonu Sood, who is also known for his philanthropic work apart from acting, recently received an unusual present from a fan who wanted to thank him for his charity work. The fan gifted Sonu a painting of him made with blood, and proclaimed that he would be willing to even die for him. Sonu expressed his gratitude to the fan but requested him to donate blood instead of using it to paint him. Also Read| Sonu Sood gifts cycle to young girl to help her go to school

Sonu took to his Twitter account on Friday to retweet a video of his meeting with the fan— artist Madhu Gurjar, in which both of them were holding the painting together. Sonu said in the video, “He is a very talented artist. Bhai Sahab has created a painting of me, but…” At this moment, Sonu was interrupted by the fan who proudly added ‘with blood.’ Sonu said to him, “This is what you have done wrong that you made it with blood.”

The fan told him, “I will sacrifice my life for you,” while another said, “You are no less than God.” A third one said, “We have never seen someone with as big a heart as you.” Amid fans’ attempt to defend the painting, Sonu said, “I understand, but why with blood. Donate blood instead.” Sonu ended the video by requesting the viewers to support the artist, and told the fan that his prayers are always with him.

Sharing the video, Sonu repeated his request to donate blood and wrote, “Donate blood, my brother, not waste it by painting me. Many many gratitudes.”

Sonu Sood was last seen as Chand Bardai in Akshay Kumar-starrer Prithviraj. He will be next seen in the upcoming Tamil film Thamilarasan. He will also be seen as the lead in the Bollywood film Fateh, an action thriller directed by Abhinandan Gupta.

Ananya Panday says ‘being trolled constantly’ really affects her: ‘Feel really bad when I read negative stuff about me’ 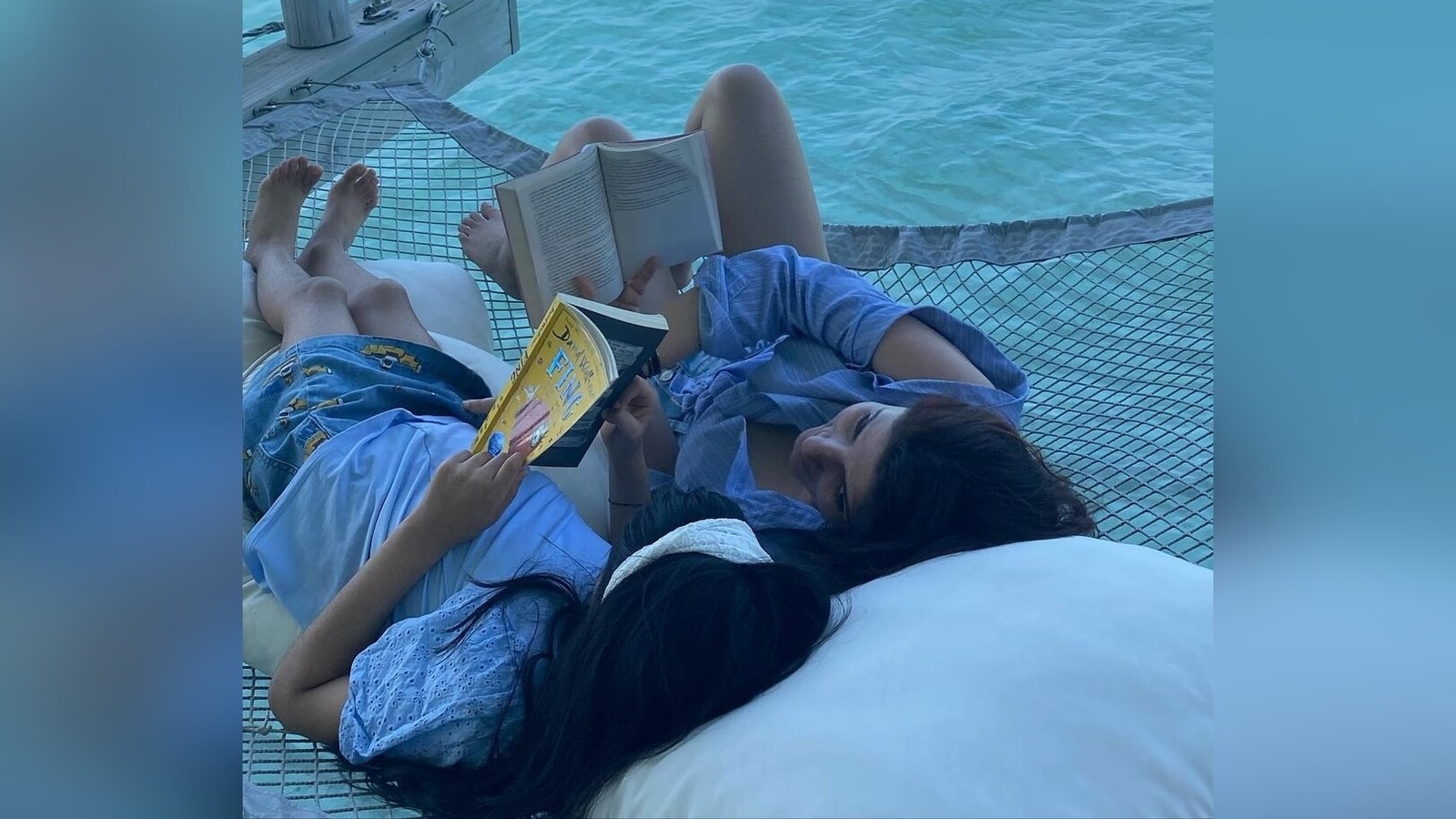 Twinkle Khanna twins with Nitara during downtime in the Maldives, shares advice about keeping ‘pesky kids at bay’ 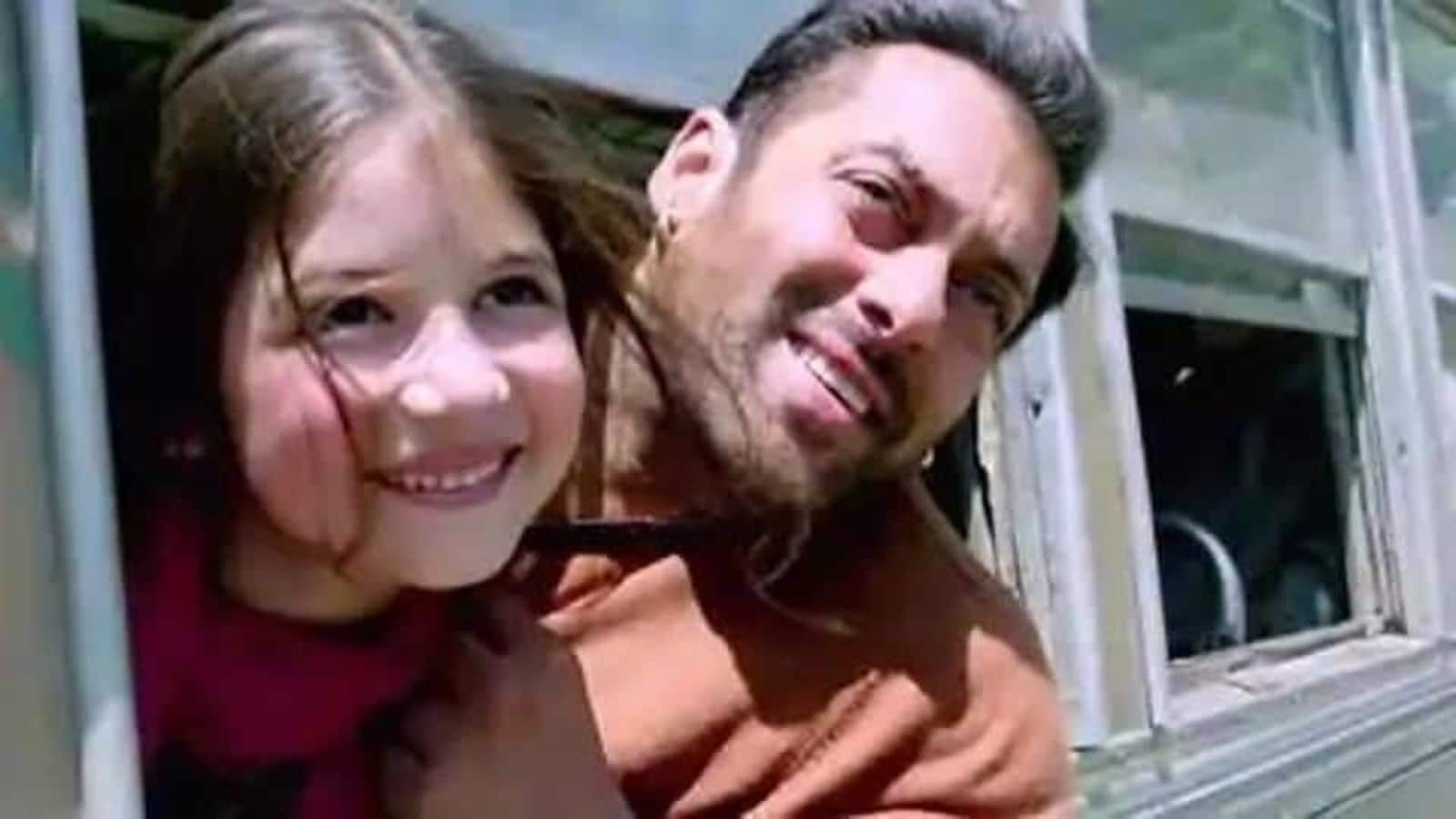 Harshaali Malhotra is waiting for ‘uncle’ Salman Khan’s call for Bajrangi Bhaijaan’s sequel: ‘I hope I have a role’