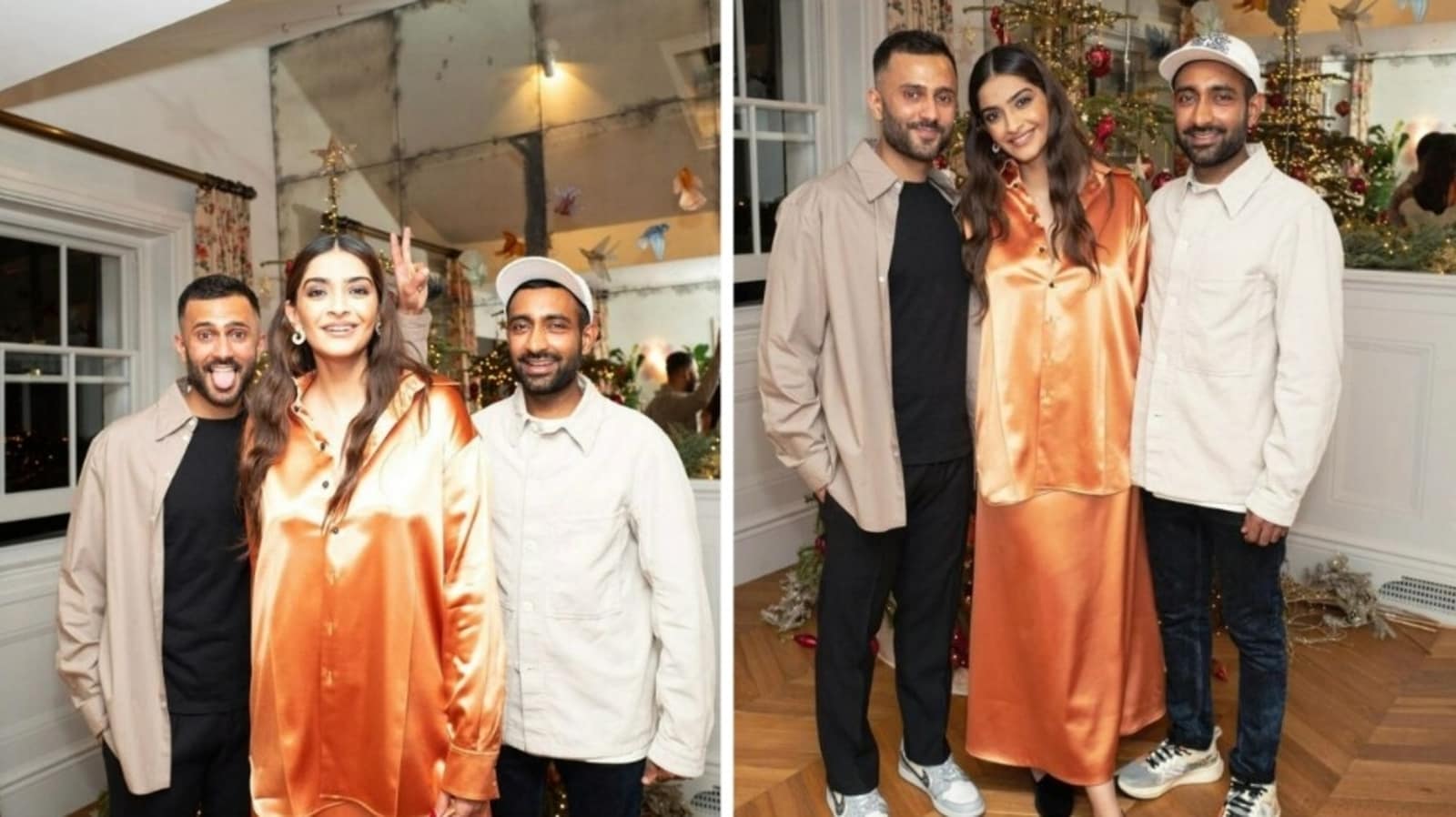 On Sunday, businessman Anand Ahuja shared throwback pictures with actor Sonam Kapoor and brother Anant Ahuja. He posted a series of happy pictures with his wife, after the two found out that Sonam was pregnant with their first child together. He shared that the pictures were taken on January 1, 2022, only a couple of weeks after Sonam got pregnant. Sonam and Anand welcomed son Vayu Kapoor Ahuja in August, 2022. Sonam’s mom-to-be glow was hard to miss in the throwback photos. Also read: Sonam Kapoor, Anand Ahuja give the best glimpse yet of Vayu’s face in new post. Watch)

In the pictures, Sonam wore an oversized orange shirt with matching long skirt. She kept her hair open as she stood in between her husband Anand and Anand’s brother Anant, while posing for the camera. Anand opted for black shirt and black pants. He also wore an oversized shirt with white sneakers. In one of the pictures, Anand gave a funny expression as he kept his tongue out and made a victory sign. In another picture, the couple looked to the left, while posing in an indoor location. Sonam flashed a radiant smile in the pictures.

Sharing the pictures on Instagram, Anand wrote, “Starting the year with a throwback to exactly one year ago, Jan 1, 2022 – just a handful of weeks after we found out @sonamkapoor was pregnant with Vayu (hand folded, smiling face with tear and heart eyes emoji).” He used ‘Vayu’s parents’, ‘everyday phenomenal’ and ‘happy new year’ as the hashtags on the post.

Sonam and Anand Ahuja welcomed their first child together, son Vayu Kapoor Ahuja on August 20, 2022. The couple had dated for a few years before they got married in May 2018. In September 2022, the couple explained the significance behind their son’s name and wrote, “In the spirit of the force that has breathed new meaning into our lives…In the spirit of Hanuman and Bheem who embody immense courage and strength…In the spirit of all that is sacred, life-giving and eternally ours, we seek blessings for our son, Vayu Kapoor Ahuja.”

Sonam will be next seen in the crime thriller Blind, which is an official Hindi remake of a 2011 Korean crime-thriller by the same name, directed by Ahn Sang-hoon. The official release date of the film is yet to be announced. She wrapped up the film’s shoot before she she announced her pregnancy. 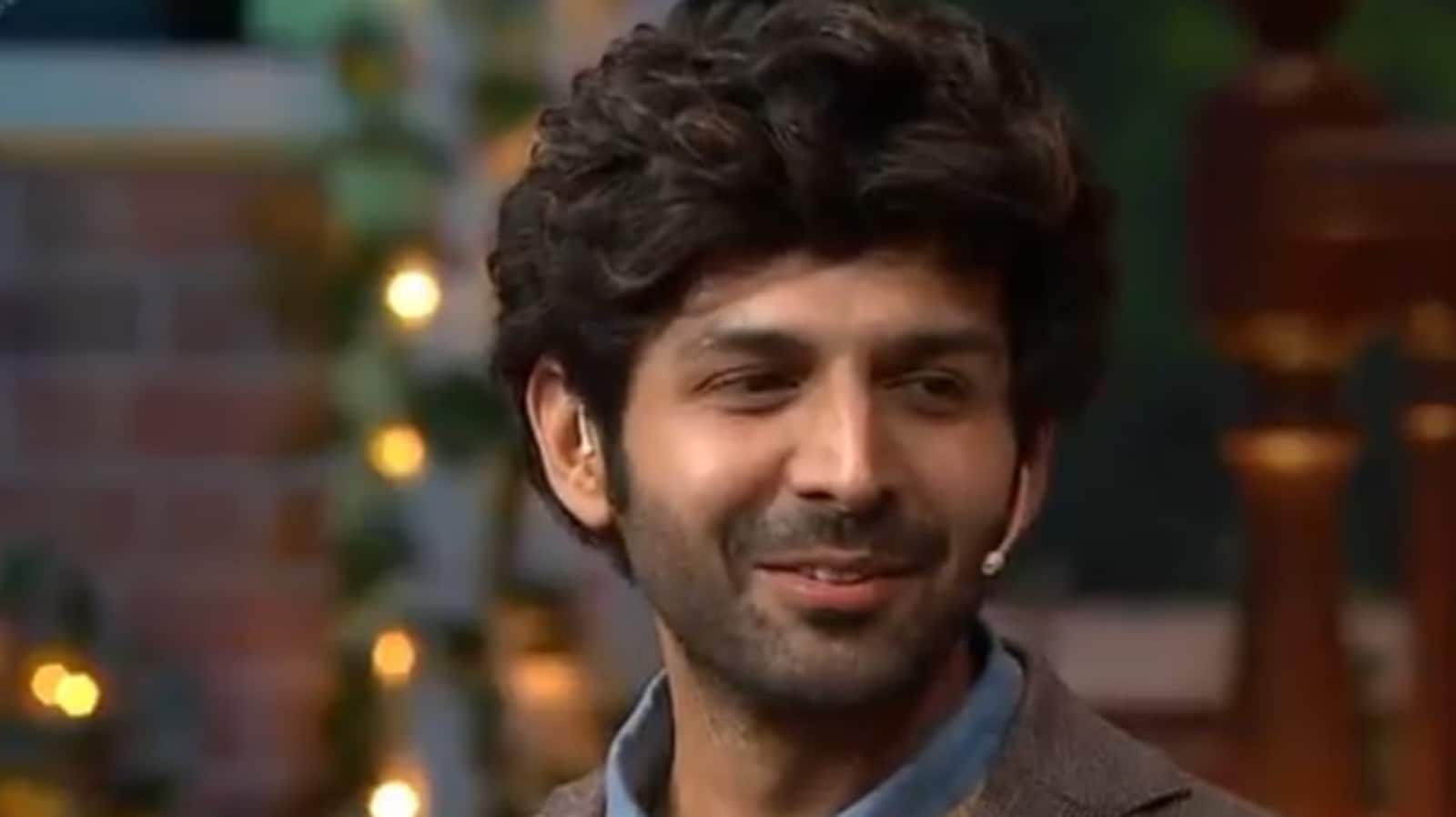 Kartik Aaryan says he is clueless about his bank balance, adds ‘mom knows it’; reveals what he spends the most money on 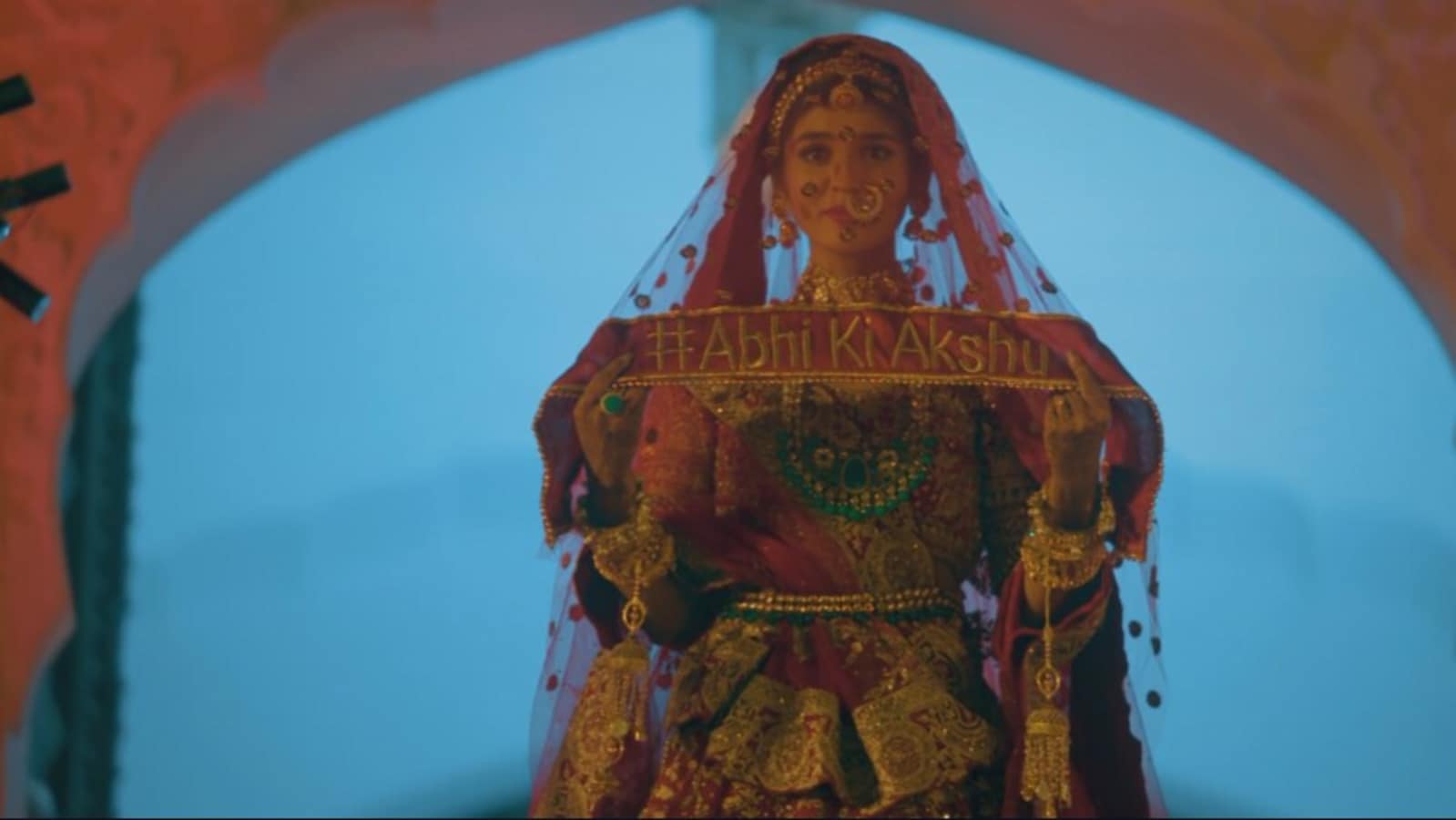 Krushna Abhishek: ‘I was named after Abhishek Bachchan and it had to be changed also because of him’