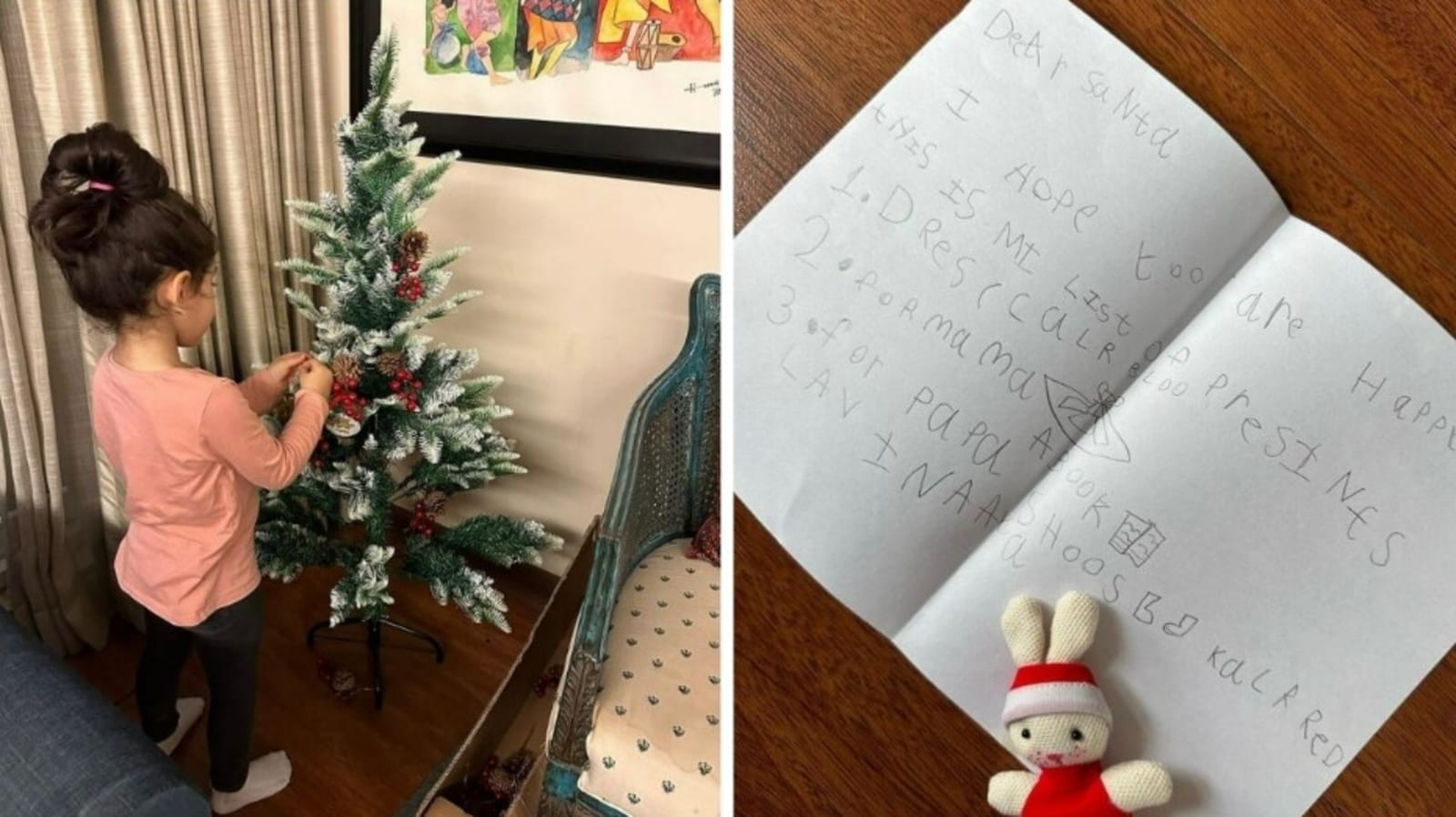 Taking to Instagram, Soha shared the picture of Inaaya with a Christmas tree. She can be seen decorating the tree with red baubles. She wore a pink full sleeve T-shirt with black pants. In another picture, Soha shared a handwritten note of her daughter for Santa Claus. It read, “Dear Santa, I hope too are happy. This is mi list of presents: 1. Dress calr bloo, 2. For mama (sketch of a dress), A Book (sketch of a book), 3. For Papa shoes (drawing of boots) kalr red. Lav Inaaya.” The handwritten letter was kept with a toy on a table.

Sharing the pictures on Instagram, Soha wrote, “Only a month to go so we thought we should get into the spirit of things… starting with our letter to Santa (santa and christmas tree emojis).” She used ‘christmas’ and ‘christmas tree’ as the hashtags on the post. Actor Navina Bole wrote, “How cute is this!! (Smiling face with red eyes emojis).”

Reacting to Soha’s post, one of her fans wrote, “Such a cute letter to Santa.” Another fan commented, “What a well raised child! Starts with – I hope you are happy! Pristine!” Other fan wrote, “Bloo makes so much more sense than Blue (laughing emoji).” One of her fans praised Inaaya’s letter and wrote, “Awww her letter just made me cry.” Another fan hoped Inaaya’s wishes to come true and wrote, “Lovely note, dear Inaaya. God bless and may santa fulfill all in your list.”

Soha got married to Kunal Kemmu in 2015. The couple welcomed their daughter Inaaya in September 2017. Soha often shared her daughter’s pictures on Instagram. Recently, she shared the video of husband unknowingly getting his toenails painted by daughter Inaaya while he took a nap.

Zayed Khan birthday interview: Fardeen Khan has been through a lot in life. I’m proud of him 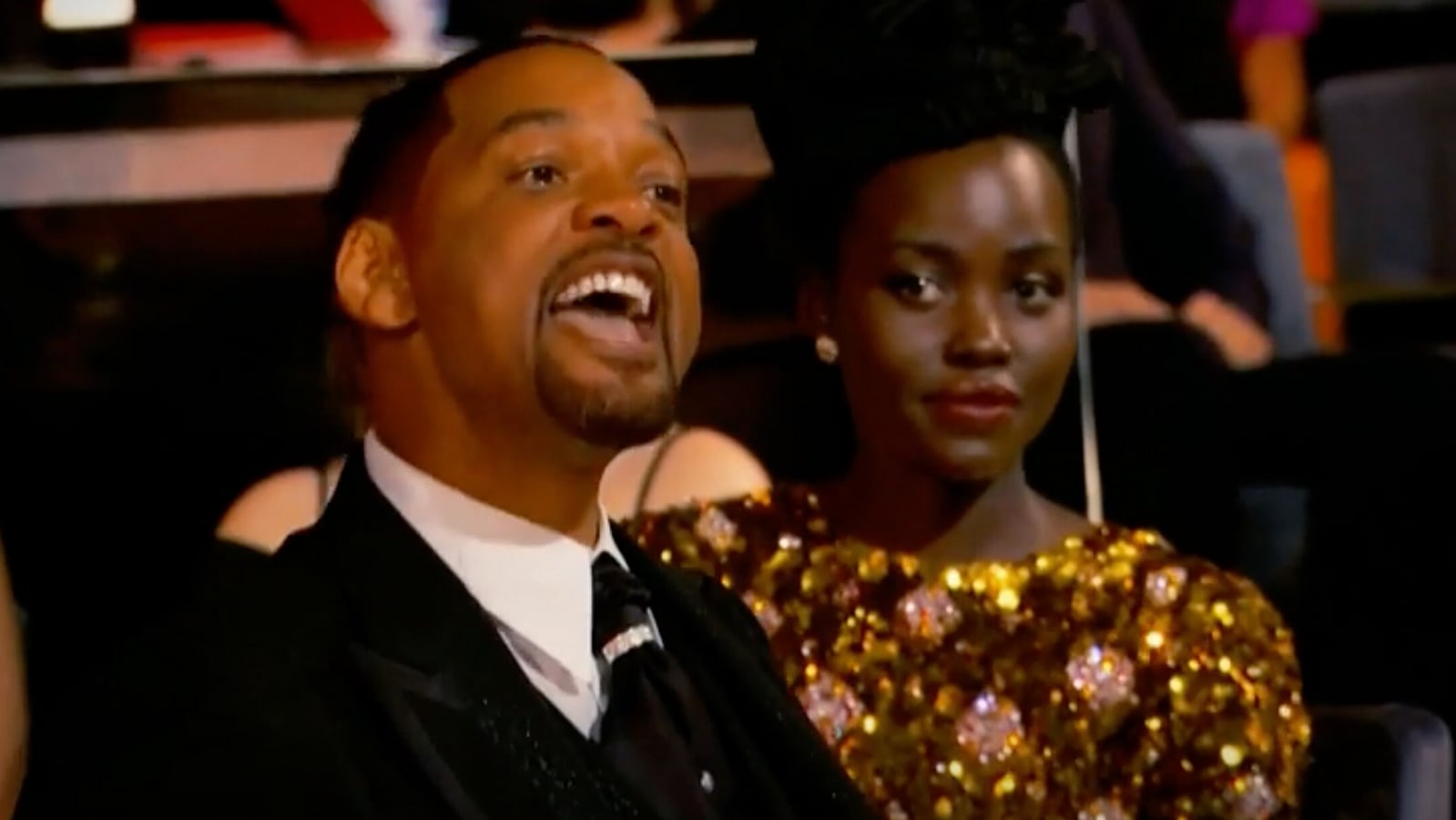 Academy gives update on Will Smith and Chris Rock slap controversy investigation: ‘We are upset and outraged’ 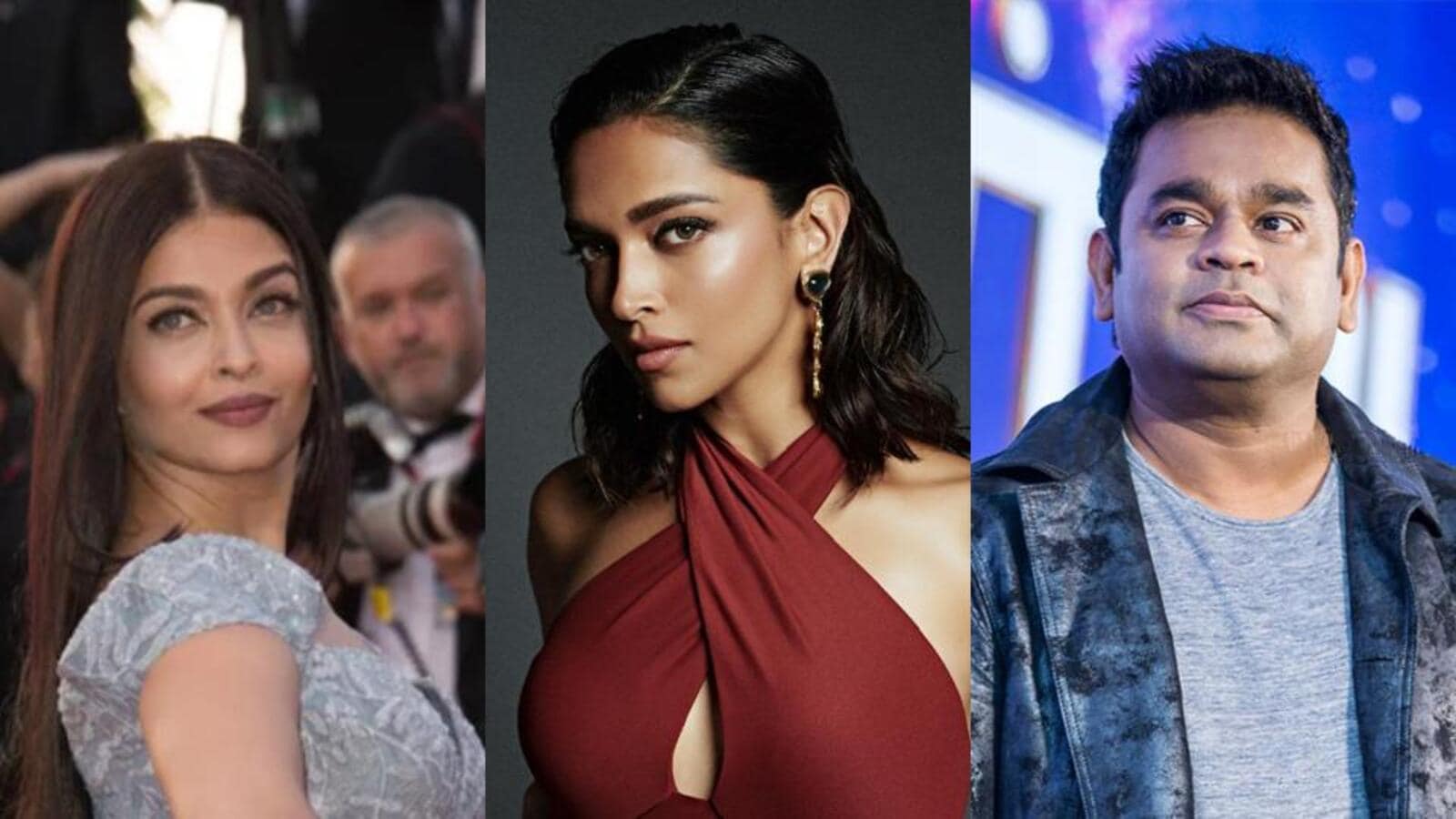