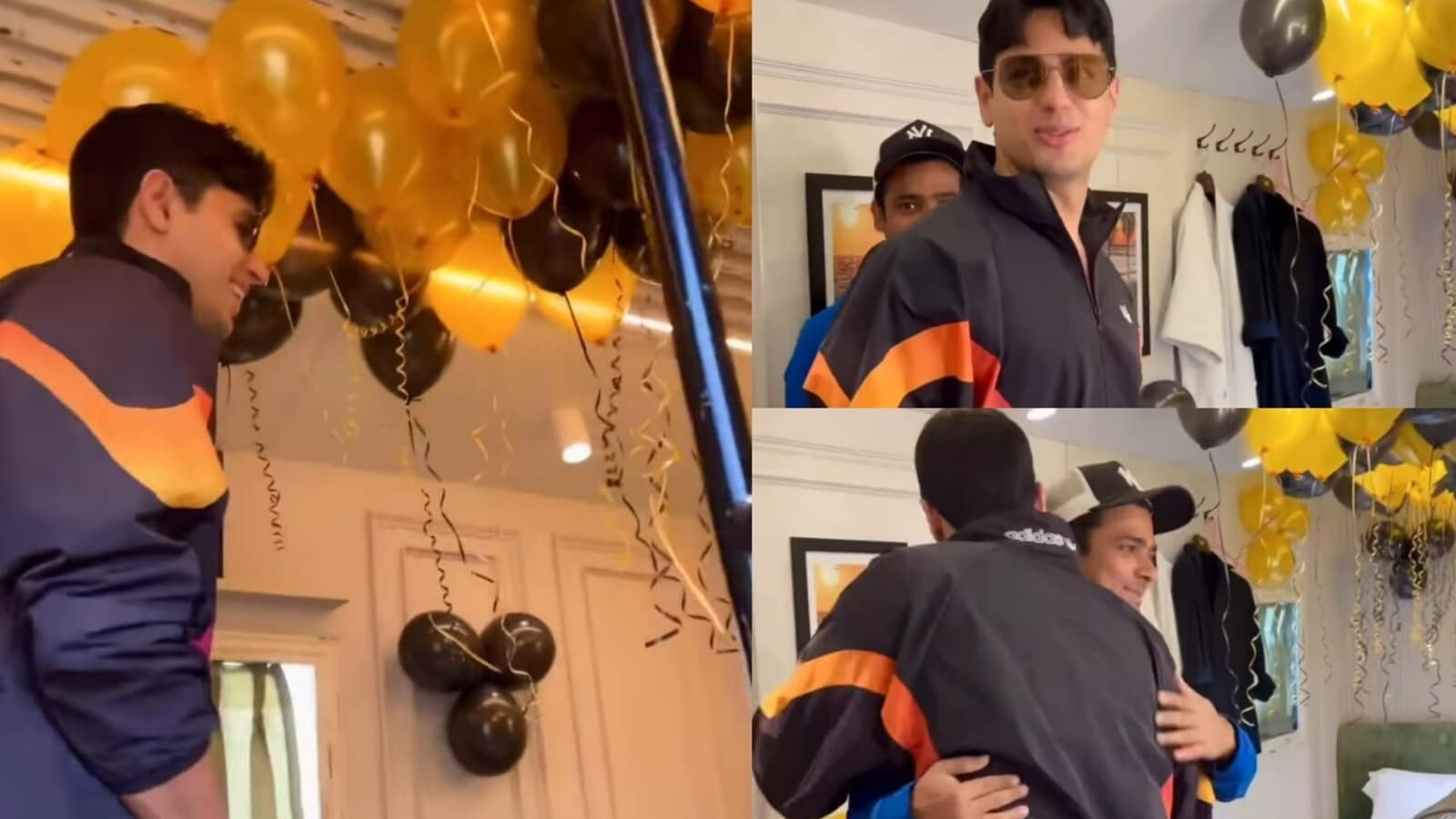 Actor Sidharth Malhotra turned a year older on Monday. He is spending the special day on the sets of his upcoming web series, Indian Police Force, directed by Rohit Shetty. A video from the shoot has surfaced online where his team surprised him on his vanity van. Also read: Sidharth Malhotra says Mission Majnu is not ‘in-your-face’ like Ek Tha Tiger

The video begins with Sidharth stepping inside his vanity van. He wore a black athleisure and sported sunglasses. His van was decked with with black and yellow balloons, presumably done by his team. Upon seeing the arrangements, he hugs two of his team members.

The surprise also came with a chocolate cake, which was kept on a table. The video was reposted by Sidharth on his Instagram Stories. His co-star, Nikitin Dheer also joined him for the celebration. Nikitin posted a photo with the birthday boy, clicked inside the vanity van. He captioned it, “Happy birthday Sid. Wish you happiness bro.”

Talking about his plans for birthday, Sidharth told News18, “My plan is to shoot for Indian Police Force with Mr Rohit Shetty (filmmaker). We’ve our last schedule left. There will be a lot of action in it. So, I’ll be doing some action sequences – which I love – on my birthday.” The series marks Sidharth’s official OTT debut, alongside Rohit Shetty’s as well. Besides him, it also has Shilpa Shetty. It will stream on Prime Video.

Sidharth’s next release will be the spy thriller Mission Majnu, directed by Shantanu Bagchi. Inspired by true events, Sidharth essays the role of Indian intelligence agent Amandeep Ajitpal Singh, who goes undercover as a tailor named Tariq to pass on state secrets regarding Pakistan’s nuclear capability to India. It stars Rashmika Mandanna, opposite him.

Sidharth also has the upcoming action-thriller Yodha opposite Disha Patani. It will hit the theatres on July 7, 2023. The actor is rumoured to wed his Shershaah co-star Kiara Advani later this month. Both actor have not confirmed any details of their wedding as yet. 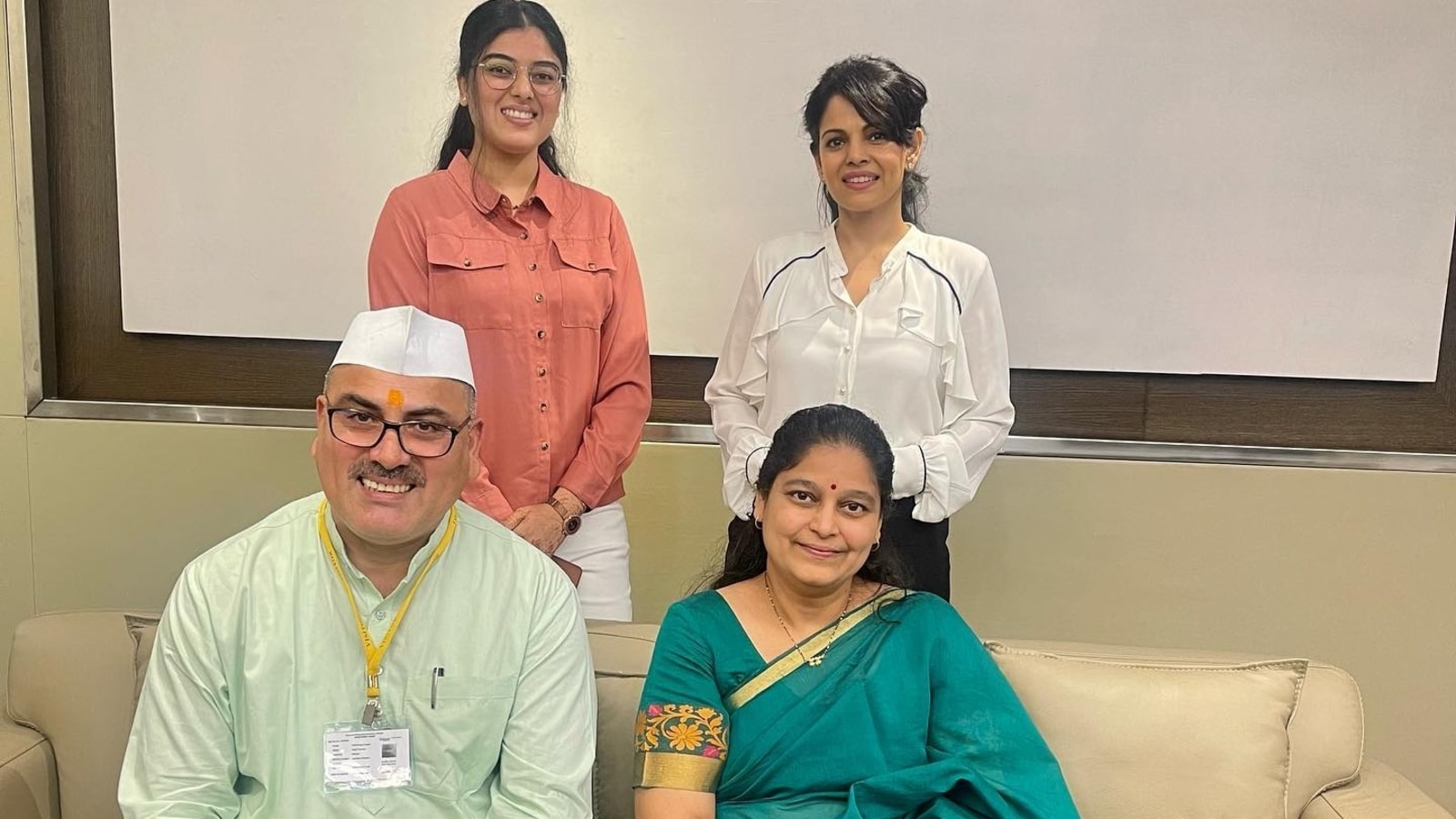 Shark Tank India’s Namita Thapar invests in startup she missed out on the show, reveals her second regret 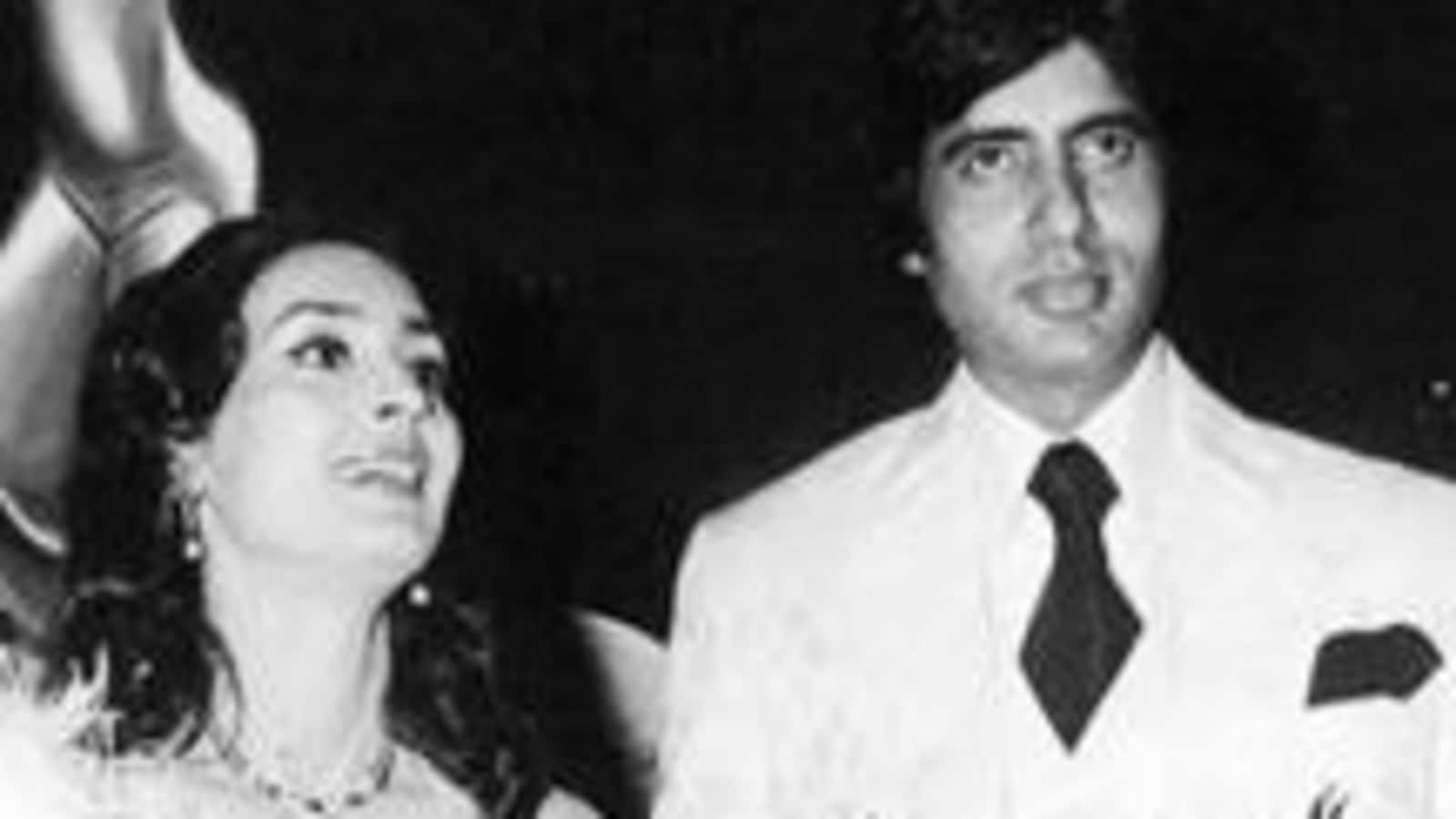