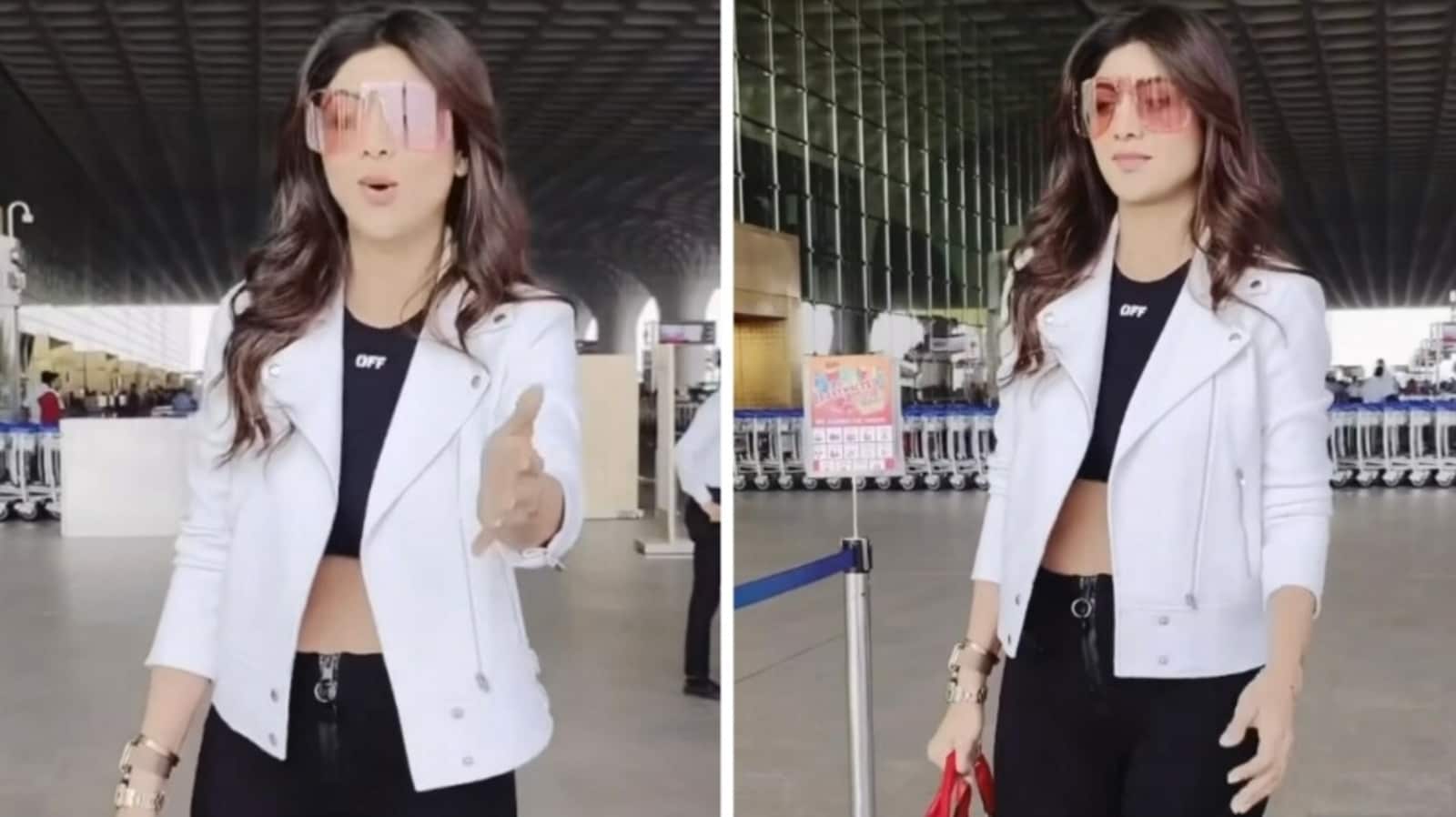 Actor Shilpa Shetty was spotted as she arrived at Mumbai airport. Taking to Instagram on Wednesday, a paparazzo account posted video of Shilpa at the airport before she jetted off to an undisclosed location. She was seen in comfortable clothes for the travel, and asked paparazzi to make some space for her to walk as they blocked her way to the entrance in order to click pictures. Many fans reacted to her video. (Also read: Deepika Padukone poses for pics at airport, asks paparazzi about Pathaan: ‘Trailer dekha ki nahi?’)

It seemed like Shilpa was getting late to catch her flight. She was seen in black crop top with pair of black pants. She wore black boots and brown sunglasses. She carried a tiger print bag and accessorised her look with white jacket, and kept her hair loose. Upon seeing the camerapersons, she said, “Kaise chaloon mai, itne log hai (How can I walk, there are so many people).” One of the paparazzi can be heard saying, “Gate ke pass ruk jaaiye (Please stop at the entrance gate)” and another asked her, “Kaise ho (How are you?)”. She posed happily for the paparazzi and waved back at them, and went inside the airport.

Shilpa recently went on a New Year vacation with her family in London, England. She shared a video as she stood in front of a roller-coaster at Hyde Park’s Winter Wonderland and wrote, “It’s been a rollercoaster. Leaving back all the hardships and the negatives… Taking forward only HOPE … because hope is the seed to a DREAM that can manifest into reality. Never give up on hope and your dreams!” She further wrote, “Last 2 days of 2022 left… HOPING for a fantastic 2023 , wishing you all a cracking, happy, bountiful and healthy NEW YEAR” on Instagram. She used ‘gratitude’, ‘love’, ‘adventure’, ‘positivity’, ‘2023’, ‘happiness’, ‘new year’ and ‘London diaries’ as the hashtags on clip.

Shilpa got married to businessman Raj Kundra on November 22, 2009. The couple is blessed with two children – son Viaan and daughter Samisha, who was born via surrogacy in 2020.

On the work front, Shilpa was last seen in Nikamma alongside actors Abhimanyu Dassani and Shirley Setia. She will be next seen in filmmaker Rohit Shetty’s first web series Indian Police Force. It will mark her OTT debut, alongside actor Sidharth Malhotra. The official date for the release of the series is yet to be announced. She also has a film titled Sukhee as her upcoming project. 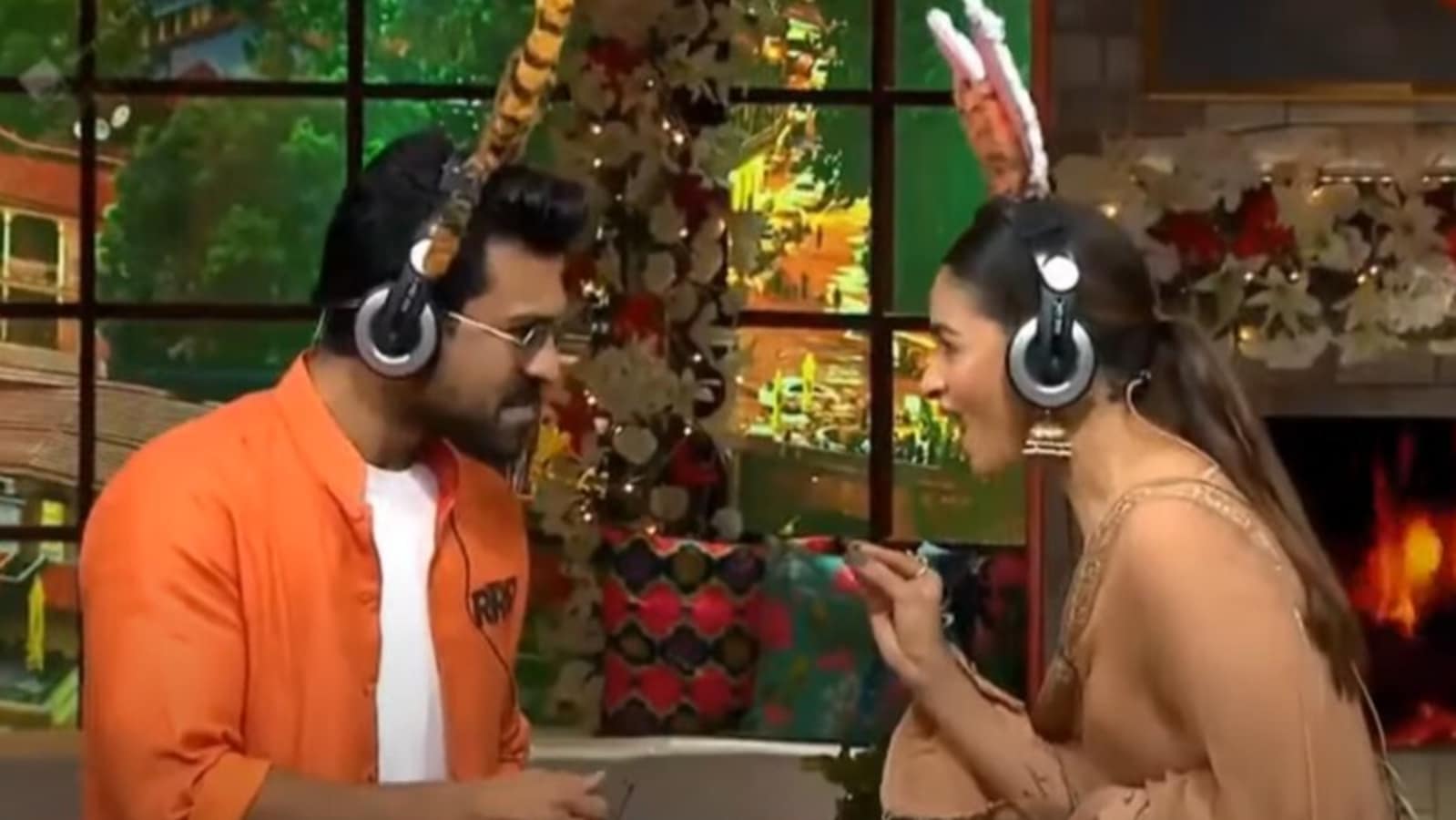 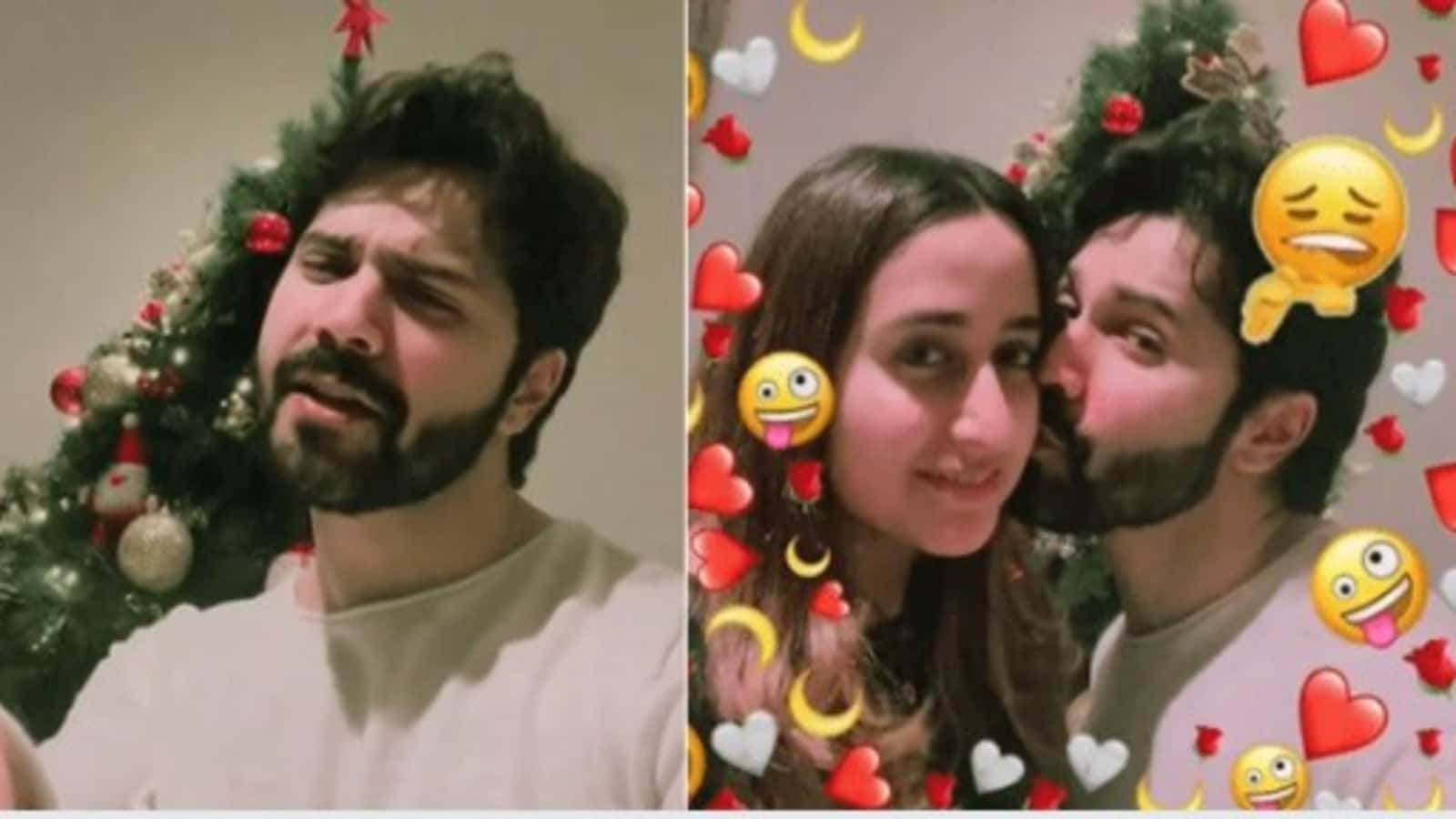 Varun Dhawan gives Natasha Dalal peck on cheek as he grooves to Teri Bhabhi, reveals how he convinced her for the reel 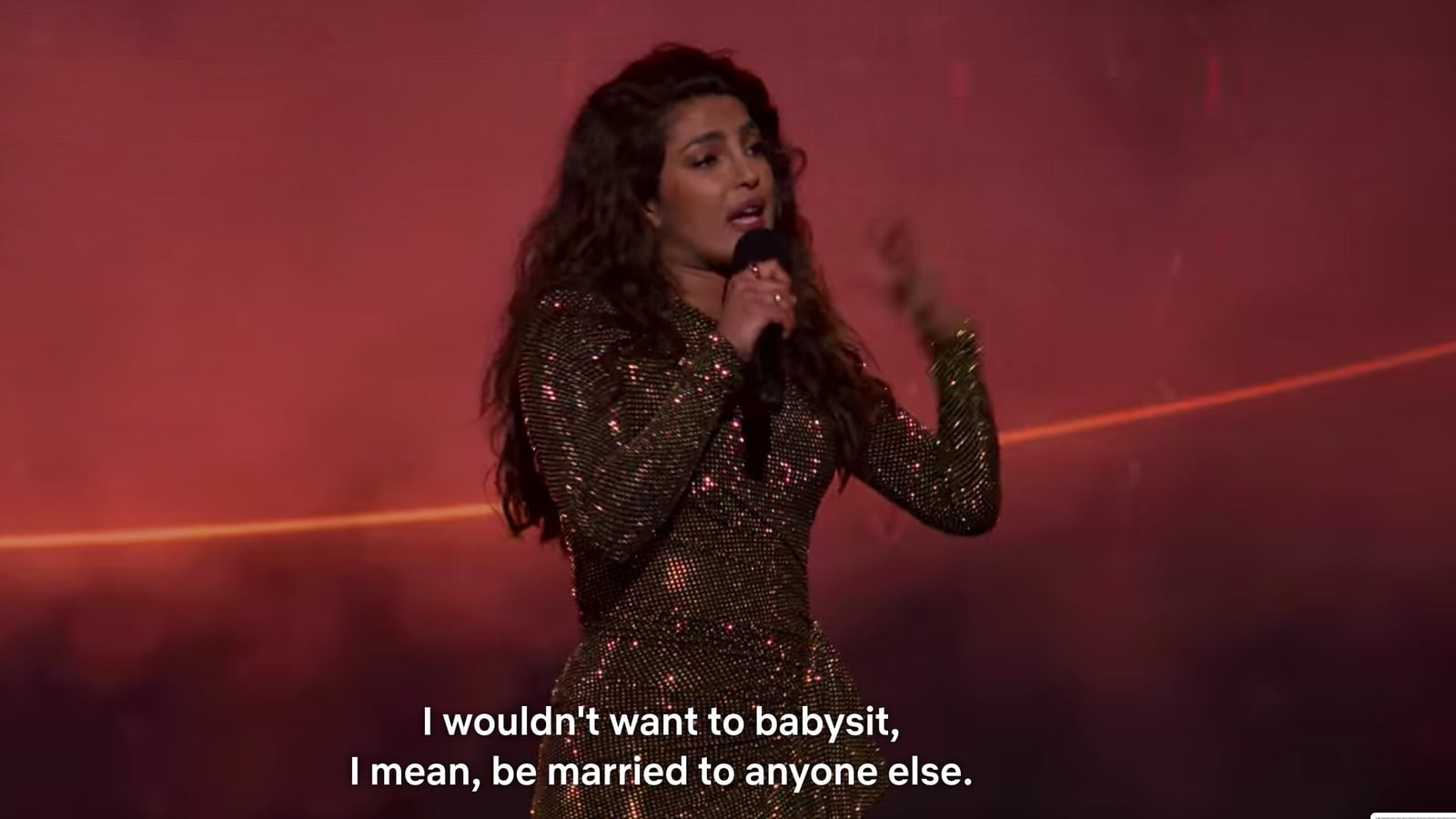 Nick Jonas gets charred by Priyanka Chopra at Jonas Brothers Family Roast: ‘Wouldn’t want to babysit anyone else’