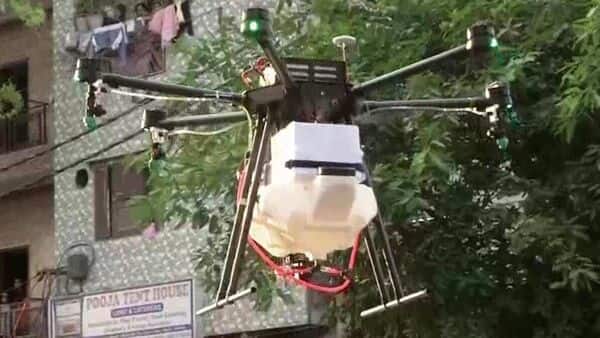 Shankar Sharma-backed Droneacharya Aerial Innovations Ltd is continuing with its dream debut on Dalal Street ever since it listed on the BSE SME exchange on 23rd December 2022. The SME IPO was offered at a price band of ₹52 to ₹54 per equity share and it opened at ₹102 apiece on the BSE SME exchange, delivering around 90 per cent listing gain to its allottees. However, the dream run of the drone solution company didn’t end at strong listing. Droneacharya share price has been going strong to stronger after listing and today is has upper circuit at ₹158.05 apiece levels, delivering more than 200 per cent return to its lucky allottees.

The initial public offer (IPO) of Droneacharya Aerial Innovations Ltd is one of the multibagger IPOs of 2022. The SME stock has been hitting upper circuit from the day of its listing. It has hit 5 per cent upper circuit on all eight sessions since it listed on the BSE SME exchange on 23rd December 2022. After listing at ₹102 apiece levels, this drone maker company’s stock has ascended at ₹158.05 per share levels, logging around 55 per cent rise from its listing price in these eight sessions post-listing. So, Droneacharya share price is giving stellar returns to those who bought Droneacharya stocks after listing.

As said earlier, Droneacharya Aerial Innovations IPO is one of the multibagger IPOs of 2022. This BSE SME IPO was launched in December 2022 at a price band of ₹52 to ₹54 per equity share. As a bidder was able to apply in lots and one lot of Droneacharya Aerial Innovations IPO comprised 2000 company shares. One lot required 1.08 lakh to apply for the SME IPO. So, minimum investment of an allottee in this Shankar Sharma-backed stock was ₹1.08 lakh.

Droneacharya share price today is ₹158.05, which means if an allottee had remained invested in the stock despite strong listing, its ₹1.08 lakh would have turned into ₹3.16 lakh today.

Why Shankar Sharma invested in Droneacharya?

Shankar Sharma has invested in this company in pre-IPO phase and the ace investor believes that given Prime Minister Narendra Modi’s vision to make India a global drone hub, he has invested in drone services and pilot training start-up Droneacharya. Sun Pharma to benefit from strong outlook for its specialty portfolio