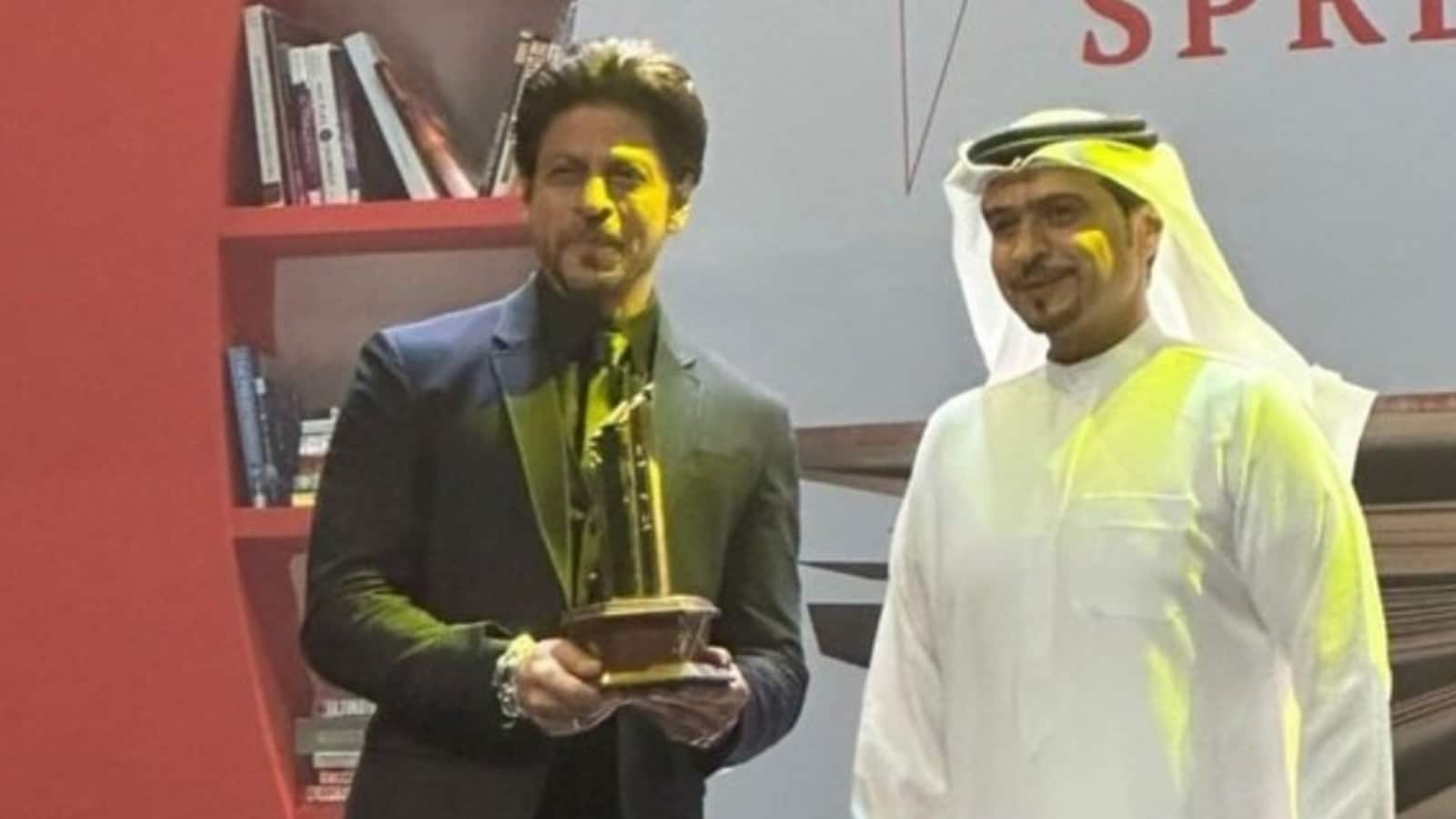 Actor Shah Rukh Khan added another feather to his hat. On Friday he was honoured with the Global Icon of Cinema and Cultural Narrative award as he attended the 41st edition of the Sharjah International Book Fair (SIBF) 2022 at Expo Centre in Sharjah, UAE. The event was attended by a large number of his fans and videos and pictures have now started surfacing online. Also read: Shah Rukh Khan shares pics with Deepika Padukone as she completes ‘15 fabulous years’ in Bollywood

In a video shared by a fanclub, Shah Rukh appeared at the event in an all-black avatar. He sported a backcombed hairstyle. He received the award for the act of ‘contribution to the cultural scene and reproductivity in the field of writing and creativity’ as per the actor’s speech at the event.

“All of us, no matter where we live, what colour we are, what religion we follow or what songs we dance to… thrive in a culture of love, peace and compassion.” – #ShahRukhKhan at Sharjah International Book Fair as he receives the award of International Icon of Cinema and Culture pic.twitter.com/YGmmUQ3FwU

A part of his speech read, “All of us, no matter where we live, what colour we are, what religion we follow or what songs we dance to… thrive in a culture of love, peace and compassion.” During his time on stage, Shah Rukh also recreated his iconic, arms-stretched-out pose, from Dilwale Dulhania Le Jayenge. In another clip, he treated the audience with his iconic dialogue—Itni Shiddat se maine tumhe paane ki koshish ki hai, ke har zarre ne mujhe tumse Milane ki saazish ki hai. Kehte hain ki… agar kisi cheez ko dil se chaaho to puri kayanat usey tumse milane ki koshish mein lag jaati hai, from his film Om Shanti Om, which recently clocked 15 years. He also added dialogues from Baazigar.

Reacting to all the visuals from the event, a fan wrote on Twitter, “He is worthy of all the awards.” “I watched the interview and he was so sweet. But he is right! We love him because he commits to everything that he does,” added another one. Someone else, “Just King being King.”

On Friday morning, Shah Rukh was spotted leaving for UAE at Mumbai airport. He will be next seen in Pathaan, followed by Jawan and Dhunki. 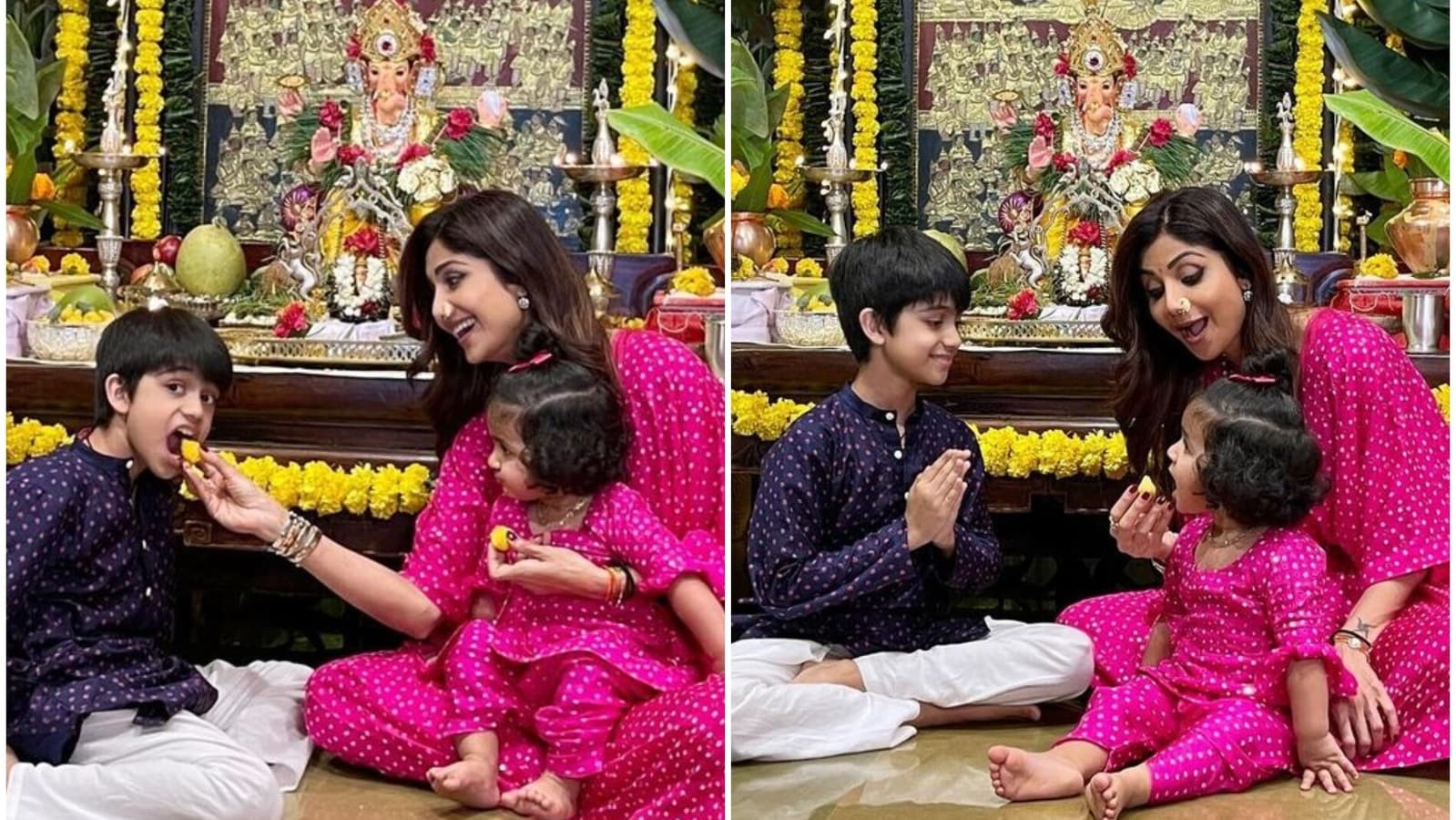 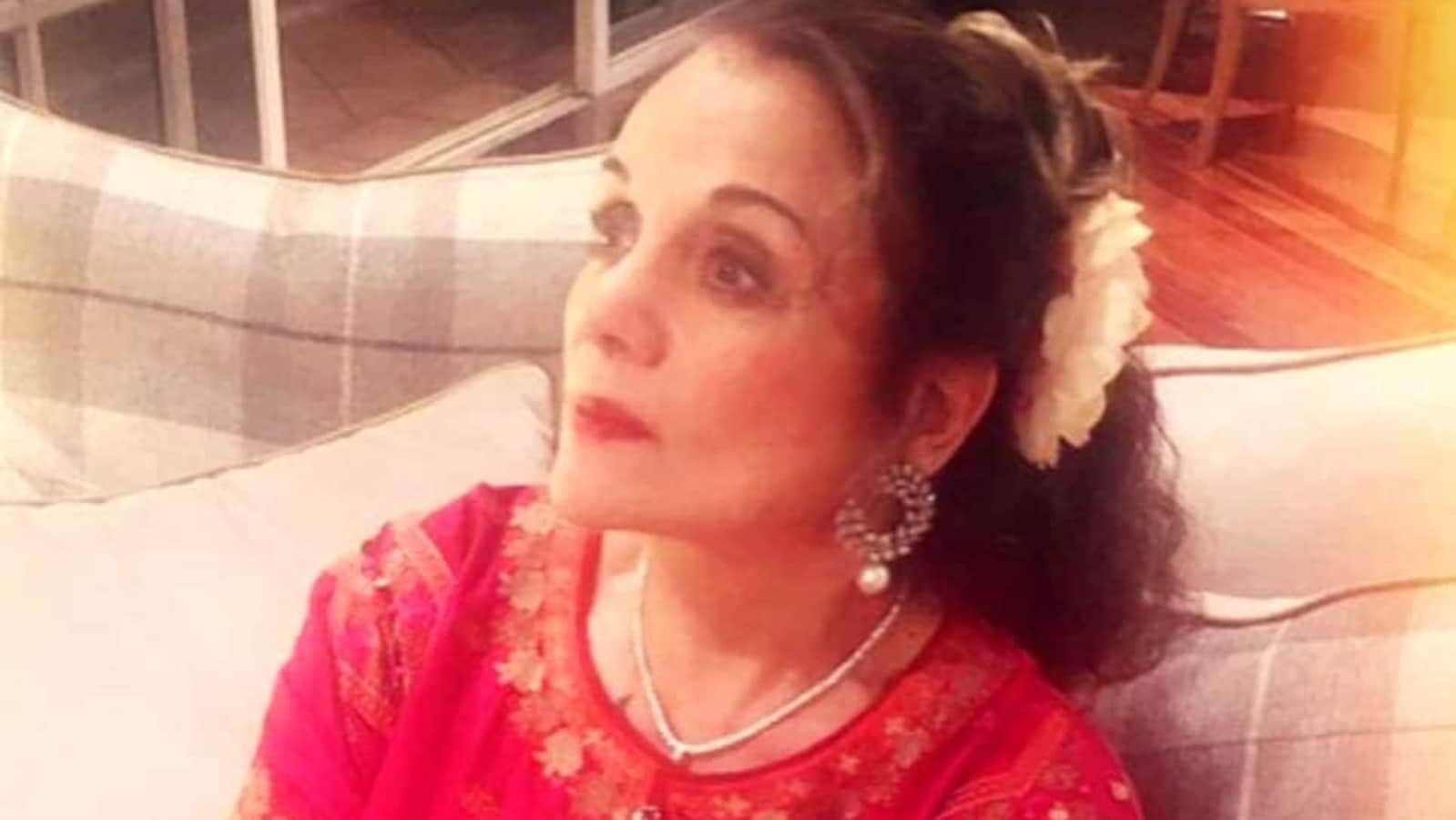 Mumtaz opens up on her extra-marital affair, says it was ‘just a temporary phase, which ended soon’