This rally has made many experts rethink whether the ongoing rally is a bear market rally or the beginning of another bull market.

“India has been an outperformer over the past 45 days relative to both emerging and developed markets peers, gaining for cooling inflation expectations as a commodity importer as well as reducing equity risk premia, as a growth market,” said S. Hariharan, head of sales trading at Emkay Global Financial Services.

Declining commodity prices have eased inflation concerns in India. Even the July US inflation numbers coming below expectations have lent support to the belief among investors that the US Federal Reserve may not resort to an even more restrictive monetary policy.

The stocks’ rally is being supported by the belief that the Fed may not raise rates aggressively, increasing the probability of a soft landing of the US economy, experts said. In addition, the strong growth momentum in the Indian economy and the lack of negative surprises in the quarterly earnings season have boosted investor sentiment.

FPIs turning into consistent buyers is driving the rally further.

High crude prices, which have weighed on investor sentiment, have also dropped significantly from the peak of more than $130 a barrel to around $93-94. This, in turn, supports the rupee, as India has to pay fewer dollars to fulfil its energy needs.

Sugandha Sachdeva, vice-president of commodity and currency research, Religare Broking Ltd, said that the rupee edged higher amid a “risk on” mood and splendid gains witnessed in the domestic equities.

After almost nine months of incessant outflows, domestic equities have been seeing net inflows since July. Besides, the decline in crude oil prices has eased concerns about elevated inflation, further supporting the domestic currency.

“The ferocity of the rally has proved wrong the majority who believed that this is a bear market rally,” said Dr V.K. Vijayakumar, chief investment strategist at Geojit Financial Services. “It is important to appreciate the fact that there is global support to this rally, with the S&P 500 and the Nasdaq bouncing back by 18 and 24% from their June lows,” he added.

Vijaykumar said it makes sense to remain invested and buy on dips despite high valuations.

In the past 45 days, foreign portfolio inflows have totalled $1.5 billion, more than double the inflows from domestic institutions. However, domestic retail investors have not participated in the recent rally, Hariharan said, adding that there may still be dry powder left with retail investors to cushion any fall caused by global factors.

Banks, industrials and autos have been the leaders and continue to attract incremental flows, said analysts.

Devang Mehta, head of equity advisory at Centrum Wealth, said that with the festive season in India across the next few months, many consumption-oriented sectors would find favour, and with credit growth and capex coming back, financial services would also be a beneficiary.

“Clearly, the sentiment, along with liquidity and macro plus micro fundamentals, are supportive for a long-term rally, but yes, it will have its share of speed breakers and volatility,” Mehta added.

US and European markets were mixed ahead of the release of key euro zone growth data.

Investors are also waiting for the minutes of the Federal Reserve’s July meeting for more cues. 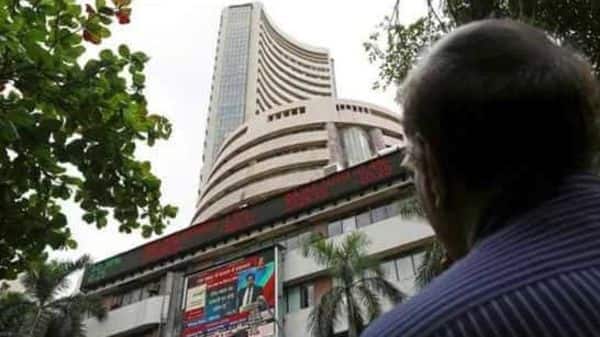