In US stock markets, Wall street indices rose on Wednesday after data showed that while US inflation was at its highest in decades, it largely met economists’ expectations, cooling some fears that the Federal Reserve would have to pull back support even more forcibly than already expected.

The Dow Jones ended flat while the Nasdaq Composite gained 0.2%.

Back home, Indian share markets are trading on a flat note. Benchmark indices took a breather after four days of back-to-back gains.

Despite SGX Nifty indicating a gap-up opening, markets opened flat today. This can be because India’s retail inflation rate shot up to a six-month high in December to 5.59% while industrial output growth also decelerated to a nine-month low in November to 1.4%, signaling that economic recovery remains weak.

Market participants are tracking shares of Mindtree, CESC, GPTL Hathway, and Tata Metaliks as these companies will announce their December quarter results today.

The BSE Sensex is trading up by 112 points. Meanwhile, the NSE Nifty is trading higher by 38 points.

Realty stocks and auto stocks, on the other hand, are trading in red.

Shares of Trident and L&T hit their 52-week highs today.

Crude oil prices extended gains on the back of a sharper-than-expected fall in the US inventories. The inventories fell to their lowest level since October 2018.

Meanwhile, silver prices are trading at ₹61,883 per kg.

Gold held near a one-week high hit in the previous session, as the US dollar and Treasury yields retreated after inflation data came in line with expectations and reiterated the need for a quicker interest rate hike.

Speaking of the precious yellow metal, how lucrative has gold been as a long-term investment in India?

The recent price volatility in the bullion market has rattled many traders. Even with the recent volatility in prices, gold remains among the best performing commodities this year to combat the fallout from the coronavirus pandemic.

In news from the IT sector, Wipro, TCS and Infosys are among the top buzzing stocks today.

Infosys and Wipro reported a spike in attrition rates in the quarter ended December 2021, despite both the companies hiring a total of nearly 26,000 people during the three-month period.

Infosys saw attrition shoot up to 25.5%, the highest in recent quarters. Meanwhile, Wipro reported a spike in attrition to 22.7% for the quarter, significantly higher as compared to 20.5% and 15.5% during the second and first quarters, respectively.

Meanwhile, India’s largest IT company TCS is doing a far better job on the attrition front when compared with Infosys and Wipro.

Attrition at TCS was 15.3% in the quarter ending December 2021. While this was lower than rivals, it still rose to the highest in the last three years.

Wipro CEO Thierry Delaporte said that the company continued to focus on hiring, adding over 34,000 people in the last nine months.

The company will bring on board 70% more freshers in fiscal 2022, compared to the previous fiscal. Delaporte said that attrition was expected to stabilise, although it would take a few more quarters for it to slow down.

We continue to prioritise investments in talent acquisition and development and have further increased our global graduate hiring program to over 55,000 for FY22 to support our growth ambitions.

Shares of Infosys and TCS are currently trading higher by 0.4% and 0.5%, respectively. While Wipro tanked 5% in early trade.

Moving on to news from the travel sector, Easy Trip Planners on Wednesday said its board has approved issuance of bonus shares with a view to allow its shareholders increase their equity and gain greater exposure to its future growth.

The online travel platform’s board at its meeting held on 12 January 2022, approved and recommended the issuance of fully paid-up bonus shares in the ratio of 1:1, out of its free reserves created out of profit.

Commenting on the issuance of bonus shares, the company’s CEO and Co-Founder Nishant Pitti said,

Despite the challenges faced due to the pandemic, EaseMyTrip has consistently recorded profitable results due to a sustainable and resilient business model.

He further said that looking at the new avenues for growth from the non-air segment and continued focus on financial and operational efficiency, the company will continue to generate value for its stakeholders.

Easy Trip Planners said the plan for bonus shares comes on the heels of strong results achieving a four-fold jump in profit in the second quarter of fiscal 2022.

Note that the company has also declared interim dividends twice since its listing in March 2021.

The company recently announced acquisition of companies like Spree Hospitality, Traviate and Yolobus to strengthen its presence in the non-air segment.

Easy Trip Planners share price is currently trading down by 0.3%. From discounts, gold prices in India swing to premium 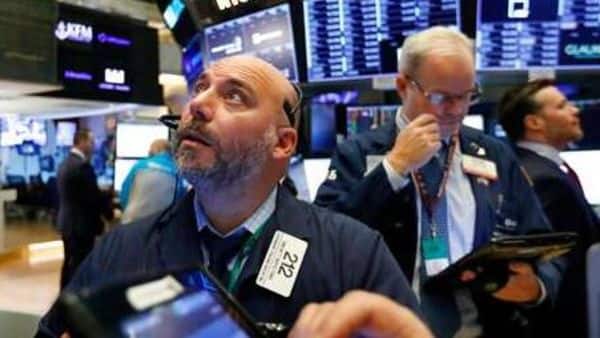 Should I sell when the stock market wobbles? Some advice