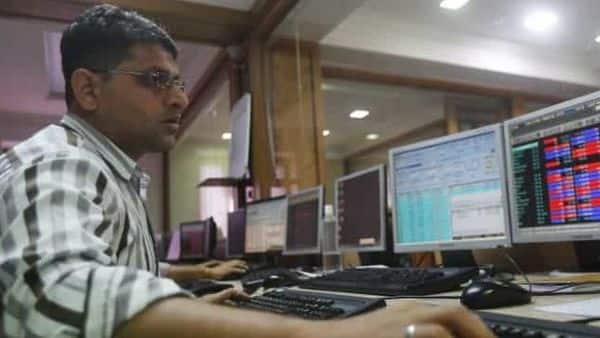 The Nikkei advanced 1.5% while the Hang Seng gained 0.3%. The Shanghai Composite is trading higher by 0.2%.

In US stock markets, Wall Street indices settled mostly higher on Wednesday, led by gains in shares of big growth names like Amazon.com and Microsoft.

The Dow Jones ended on a flat note while the Nasdaq Composite gained 0.7%.

Back home, Indian share markets have opened on a strong note, following the trend on SGX Nifty.

A total of 21 companies including HCL Technologies, Cyient, and Den Networks are scheduled to announce their results today.

The BSE Sensex is trading up by 371 points. Meanwhile, the NSE Nifty is trading higher by 121 points.

The BSE Mid Cap index and the BSE Small Cap index have opened higher by 0.8% and 0.7%, respectively.

All sectoral indices are trading in green with stocks in the IT sector and realty sector witnessing most of the buying.

In news from the energy sector, Reliance Industries is among the top buzzing stocks today.

Reliance Industries on Wednesday said differences between Zee Entertainment’s managing director Punit Goenka and Invesco over how the Goenka family would raise its stake in the broadcaster, led to a collapse in merger talks with Reliance’s media properties.

Reliance Industries had proposed to merge its media properties with Zee in February after Invesco helped arrange discussions between Goenka and representatives.

Reliance said that it regretted being dragged into a dispute between Zee and the US investment firm.

The statement came after Invesco said Reliance had approached Zee for a merger.

All these statements have come amid a tussle between Invesco and Zee’s founding family. Invesco is seeking to recast the board of Zee while Zee has challenged Invesco’s attempt to restructure the board in courts.

Reliance Industries share price has opened the day up by 0.4%.

Moving on to news from the power sector, the power crisis in five most-affected states is likely to ease soon as Tata Power restarted its mega power plant at Mundra yesterday after Punjab and Gujarat agreed to pay actual costs.

Reports state that other states are likely to follow.

According to sources, Rajasthan, Maharashtra and Haryana, beneficiaries of Tata Power’s 4,000 MW project and Adani Power’s 3,300 MW capacity, have also been negotiating with the companies over supply at actual cost on temporary basis.

The states have been buying the power at ₹13-16 per unit.

In response to a query, Tata Power’s executive told that it started one of its five 800 MW units at Mundra on Wednesday evening to supply power to Gujarat and Punjab.

The move is likely to lower spot power prices immediately while easing pressure on domestic coal, whose supplies have also started to improve.

Tata Power share price has opened the day up by 2.4%.

Speaking of Tata Power, have a look at the chart below to see how the company’s stock has performed in the past one year.

Stock of the Tata group company has surged a massive 318% with the majority of gains coming in the past one month alone.

Earlier this week, co-head of Research at Equitymaster, Rahul Shah analysed the stock of Tata Power and whether it is time to switch to another stock after Tata Power’s huge run up.

You can read the entire editorial here: Is it Time to Switch from Tata Power to NTPC?