Indian stock markets ended lower for sixth straight session today, reversing from earlier gains. The BSE Sensex fell 0.26% to 52,793.62, having risen more 850 points earlier in the session while NSE Nifty 50 index closed 0.16% lower. The indexes logged their fifth straight week of losses, the longest weekly losing streak since 2020. So far this month, the Sensex is down about 4,300 points.

Data released on Thursday showed India’s annual retail inflation rose by a more-than-expected 7.79% in April, staying above the central bank’s tolerance band of 6% for a fourth straight month.

SBI was the top laggard in the Sensex pack, tumbling 3.76 per cent, after the country’s largest lender reported a 41 per cent surge in Q4 standalone net profit at ₹9,114 crore but failed to meet analysts’ estimates.

Reliance Industries – India’s most valuable company – closed 1.1% higher to snap a nine-day losing streak. On the other hand, Bajaj Finance and Bajaj Finserv were among the top drags on the Nifty 50, falling 1.4% and 1.9%, respectively. State Bank of India ended down 3.9% after touching a two-month low due to a weaker-than-expected profit for the fourth quarter.

Foreign investors sold $1.81 billion worth Indian equities this week, compared with outflows of worth $635 million in the previous week.

“The fact that Nifty keeps witnessing selling pressure on rises during the day is disappointing as it seems to be a regular phenomenon lately. 15671 is the near term low where the Nifty could take support,” said Deepak Jasani, Head of Retail Research, HDFC Securities

The Nifty’s auto index advanced the most among Nifty sub-indexes, closing up 2.4%. The jump was led by an 8.6% rise in Tata Motors Ltd after it reported a smaller quarterly loss late on Thursday.

BSE midcap and smallcap indices ended firmly in the green, suggesting bottom fishing by local investors in the broader markets.

“Nifty 50 ended the week sharply negative and is now trading around a strong support level of 15,700 which coincides with the bottom end of the downward sloping channel. Bank Nifty is also trading near the rising trend line support formed from the lows of March 2020. Both the Indian and major global indices are now at oversold levels. So, an immediate rebound in the Nifty and Bank Nifty is highly possible. Basis how Nifty opens next week, highly aggressive traders may initiate long trades with a strict stop loss right below 15,700. The immediate resistance is now set at 16,600 levels,” said Yesha Shah, Head of Equity Research, Samco Securities.

Outlook for Next Week

“As the result season approaches its climax, D-Street will move in sync with global news flow. Next week India’s WPI data will be released and the much-anticipated IPO, LIC, will be listed on the exchanges. Apart from these, no other major events are expected. In absence of any positive catalysts, indices are expected to remain under pressure as selling is emerging on every bounce. Investors are therefore urged to remain on the sidelines since it is preferable to wait out the storm than to go bottom fishing during such turbulent phases,” she added. 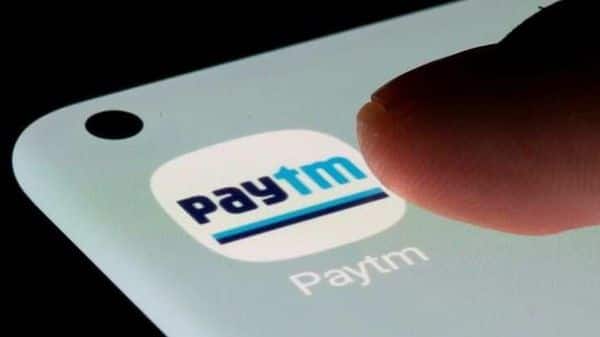