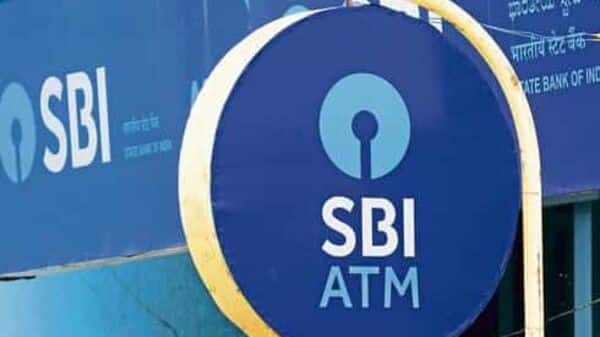 I distinctly recall a client asking to put in an order to purchase shares of “Bank” and me sheepishly asking the dealer how does he know which bank, the client is referring to.

Such was its name and popularity at the time and the stock was one of the market darlings for most traders.

Back then, the best banking stocks in India – HDFC bank, ICICI bank, Kotak bank, and Axis bank were still finding their feet.

Much has changed over the years… private banks have led the banking sector over the last two decades gradually increasing their market share.

Public sector banks on the other hand were unable to keep pace with technological developments and conceded market share. Further over the years, SBI among other banks has been plagued by poor asset quality.

However, the sector has witnessed a gradual improvement in gross NPAs since 2018. They are down to about 6% levels in 2022.

PSU banks have relatively performed better than their private peers in recent times as far as corporate slippages are concerned. Once considered troublesome, their corporate book is pushing their loan growth.

And SBI being the country’s largest lender is back in the limelight.

After seven years, SBI has toppled private lender HDFC Bank in profitability as the state-owned lender reported its highest ever quarterly net profit for the September quarter.

And that’s not all… with its stellar performance, SBIhas become the country’s most profitable firm.

After holding the title of India’s most profitable company for decades,Reliance Industries Ltd lost it to the State Bank of India, which posted a consolidated net income of ₹147.5bn in the latest quarterly results.

Market watchers haven’t been this bullish on State Bank of India in almost two decades. They’re betting on the lender’s improving asset quality and expect the momentum to sustain.

But will it? Let’s dig deeper…

SBI:Sunshine Mixed with a Little Hurricane?

Just days before his demise in August 2022, big bull Rakesh Jhunjhunwala had mentioned that he is betting onPSU banks as he was very bullish on them.

Explaining his rationale behind the same, Jhunjhunwala had said that he thinks credit will rise, and the consequence of that will be an increase in the pricing power of banks.

It seems once more, Jhunjhunwala may have been right with his bullish view.

PSU banks in the past have struggled with low asset quality. However, since FY18, the industry has gradually improved, with gross non-performing assets (NPAs) declining from FY18 highs of 11% to roughly 6% levels in FY22.

PSU banks are in a good position at this point. It’s widely expected that large banks such as SBI will build on the momentum of strong economic growth as well as resolution of legacy loans to further improve asset quality.

In the first half of the current financial year 2022-23, the cumulative net profit of all public sector banks (PSBs) increased 32% to ₹409.9 bn.

“The continuous efforts of the government for reducing the NPAs and further strengthening the health of PSBs are now showing tangible results. All 12 PSBs declared net profit of ₹25,685 crore in Q2FY23 & total ₹40,991 crore in H1FY23, up by 50% & 31.6%, respectively (y-o-y),”Finance Minister Nirmala Sitharaman said in a tweet.

SBI has performed relatively better than its private peers in corporate slippages. The retail segment, on the other hand, has never really troubled the bank as a major chunk of its retail segment comes from housing loans.

SBI’s corporate book, which was once seen as a burden, is now expected to drive loan growth. Corporate credit has increased as a result of strong public and private expenditure and rising working capital limit use.

PSU banks stand to gain the most because they have a larger share of corporate lending than private banks do.

SBI could continue its strong performance on the back of strong consumer retail demand and with cards, micro finance, vendor financing, and corporate growth too picking up pace.

The risk of a fresh NPA cycle remains low, thus supporting strong profitability and return ratios for the bank.

The official reason for this meeting, organised by the Indian Banks’ Association, was to talk about the pile of bad debt on banks’ books, and how to lower the level of these non-performing assets.

This was a huge, dark cloud over India’s financial system and the entire economy.

Since then, aided by the government’s implementation of a 4R’s strategy- recognition of NPAs transparently, resolution and recovery of value from stressed accounts, recapitalising, and reforms = there has been a significant improvement.

SBI has seen improvement in its asset quality over the past few years with recoveries from some of its large corporate NPAs under the National Company Law Tribunal (NCLT). It has continued focusing on the resolution of stressed assets.

Over the last few years, SBI’s stressed assets resolution group has become one of the most important verticals of the bank.

The bank also made recoveries of ₹198.7 bn through various modes in the financial year ended 31 March 2022.

But like they say, the best was yet to come…

SBI reported a net profit of ₹132.6 bn for the September quarter, a surge of 74% from a year earlier on improved asset quality and healthy loan growth.

The state-run lender’s profit beat street estimates by a mile and in the process beat Reliance Industries to become the most profitable company in India for the September 2022 quarter.

SBI: The Banker to Every Indian and Much More

“The Banker to Every Indian” is the tag line for State Bank of India.

It is perhaps the only bank that can make this claim.

But over the years, the bank has evolved into so much more than being just a bank.

SBI has spread its presence globally and operates through 229 offices in 31 countries.

The subsidiaries have performed just as well and have over the last few years come into their own with consistent growth and become market leaders in their respective segments.

Here are SBI’s top 5 subsidiaries and their performance for the year ended 31 March, 2022:

It was ranked No.1 – India Borrower Loans – Mandated Lead Arranger with a market share of 22.6% (March 2022) as per Bloomberg League Table. On a consolidated basis, the company has posted a profit after tax of ₹6.2 bn in March 2022 against ₹5.2 bn in the previous year.

On a standalone basis, SBIFML has posted a net profit of ₹10.7 bn during the financial year ended March 2022against ₹8.6 bn earned last year.

The company’s objective is to create a state-of-the-art acceptance ecosystem in the country and enable merchants to accept payments digitally across various form factors. SBI Payments is one of the largest acquirers in the country as of 31 March 2022.

SBI enjoys a dominant position in the Indian banking sector, being the largest bank in terms of business and asset size, with advances of ₹30,350.7 bn and deposits of ₹41,902.5 bn as on September, 2022.

The bank enjoys a market share of around 23% in advances and around 24% in deposits.

With the next decade expected to belong to the India, demand should continue to remain strong.

The sharp increase in public investment and capital expenditure in the backdrop of the latest government initiatives will lend support to growth and credit demand.

Primarily demand shall be driven by investment demand due to the infrastructure projects being led by the government of India.

The government’s Production-Linked Incentive scheme (PLI), launched with the aim of incentivising manufacturing, is estimated to attract a capex of approximatelyRs4 tn for the next five years.

These PLI schemes will result in strong growth for banking over the coming years.

The bank reported a ROA (return on assets) of 1% on the back of a 10-year low credit cost of just 27 bps. This is the best ROA reported by SBI since it listed in 1993.

When calculating return on assets for a bank, we need to remember that banks are highly leveraged, so a 1% ROA is a very good number.

Over the last few years, the bank had been focused on strengthening the balance sheet by improving margins and reducing credit costs. Now, the bank is consciously focusing on improving its market share.

SBI is planning to revamp its current and savings accounts (CASA), salary accounts and transaction banking businesses to increase deposits by hiring an external consultant to redesign strategy for these businesses.

The consultant will work with the bank to study and assess current technology solutions of the bank, re-design end-to-end digitisation, and digital solutions of bank across transaction banking and its products.

The bank’s digital strategy is on track with 45% of retail asset accounts and 62% of savings accounts acquired through YONO in the second quarter of FY23.

SBI’s capital adequacy ratio (CAR) improved marginally to 13.5% in the September 2022 quarter, higher than the regulatory requirement of 11.7% and marginally above 13.3% a year ago.

The capital adequacy ratio is used to protect depositors and promote the stability and efficiency of financial systems around the world.

CAR is critical to ensure that banks have enough cushion to absorb a reasonable amount of losses before they become insolvent.

But can SBI continue to maintain its margins or was this a one-off performance?

One concern here is that SBI’s deposit growth at 10% was just half of its growth in advances at 20% for the September quarter.

This has some analysts worried about the bank’s liquidity position and its ability to lend at the same pace as it has over the last few quarters.

Considering the bank has ₹3.5 tn in investments which can be encashed if loan demand rises, it is likely that lending and margins could remain at these levels or even increase marginally over the next few quarters.

However, once the bank has to raise new money, it will have to start raising deposit rates which would result in margins getting compressed.

Dinesh Kumar Khara, Chairman, SBI has said the bank continues to remain very well capitalised and the internal accruals will be more than enough for it to take care of the normal business growth requirements.

Compared to other leading banks, SBI’s net profit for the September quarter is miles ahead. For the same period, HDFC bank reported net earnings of ₹106 bn and ICICI Bank reported ₹75.5 bn compared to the massive net of ₹1,326.4 bn of SBI.

The stock has delivered a CAGR of 24.2% over the last three-year period and currently trades just below its 52-week high.

Although, it has beat Reliance Industries to claim the title of most profitable company for the September quarter, it must be noted that on a first half basis,Reliance continues to be the most profitable firm with ₹316.1 bn in net as against SBI’s ₹220.7 bn.

The last time SBI beat Reliance Industries in full year profit was in 1998 with a net profit of ₹18.6 bn against ₹16.5 bn reported by Reliance.

Will SBI be able to repeat that feat 25 years later for the financial year 2023?

Only time will tell…For now, SBI continues to bask in its glory as the ‘numero uno’ company in India in terms of profitability. 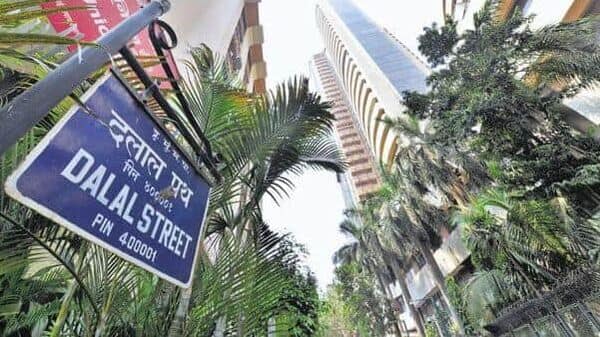 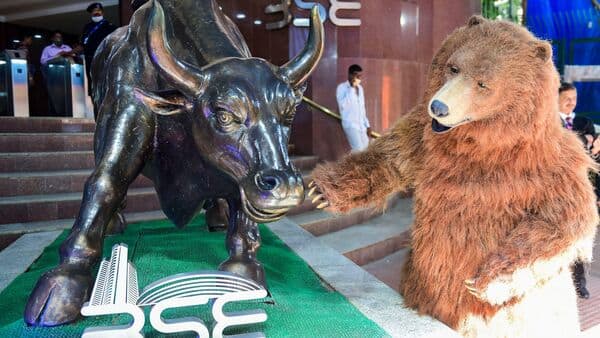 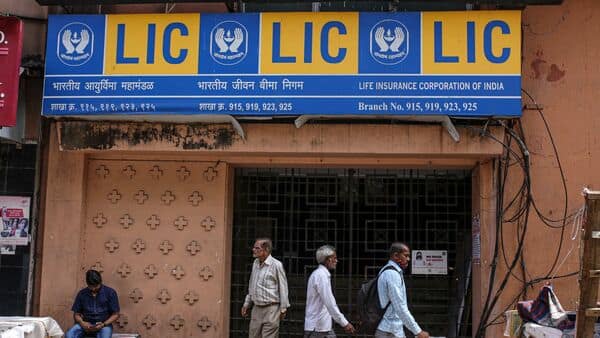 LIC shares may have a soft debut. What should investors do?