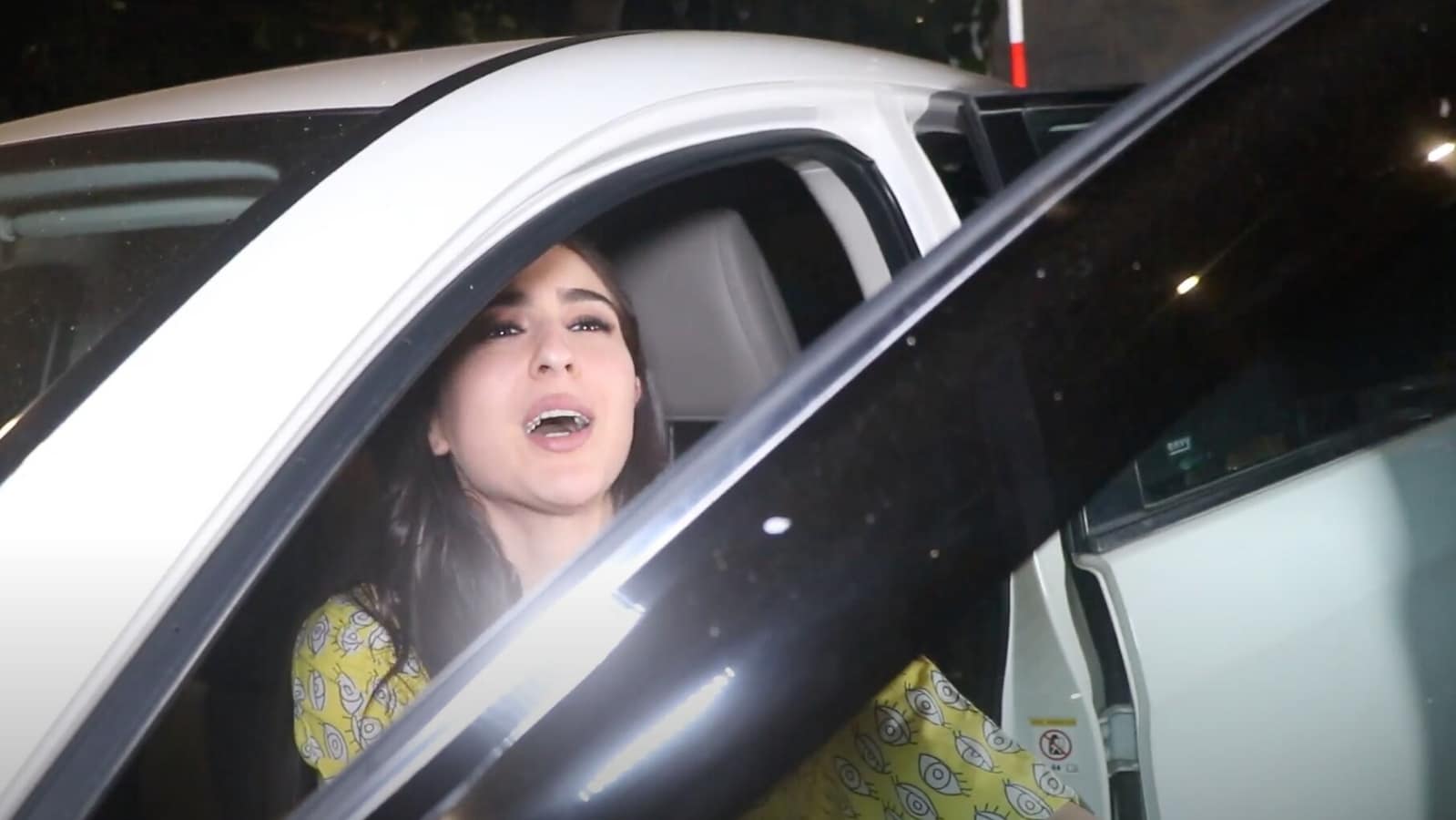 Actor Sara Ali Khan refused to pose for the paparazzi after being pushed. In a video shared by a paparazzi on Instagram, the actor is seen making her way to the car as she exited a building. As the photographers around her asked how she was, Sara smiled and replied, “Main theek hoon (I’m doing well). Thank you.” The actor was seen in a printed yellow outfit. (Also Read | Amrita Singh roasts ‘demanding nuisances’ Sara Ali Khan, Ibrahim Ali Khan; fans call her ‘savage mom’. Watch)

As she headed to her car, a paparazzo seemingly pushed her. Though it was not captured on the video, people around her were heard saying “aaram se (careful)” and “kaun dhakka mara (who pushed).”

Sara’s expression changed and she was seemingly unsettled. The actor stopped smiling, raised her hands and got into her car. As the paparazzi asked her to pose, she shook her head and said, “Nahi. Aaplog dhakka maarte rehte ho (No you guys keep pushing).” However, she was seen smiling and waving at the paparazzi who were waiting outside her car.

Reacting to Sara’s response, a fan said, “She’s so sweet honestly…she got pushed but still politely refused.” “They pushed her but still she smiled and was being so sweet,” another fan commented. “She’s such a sweetheart. The way she reacted so politely despite being pushed by that pap,” said a person.

Sara and Ibrahim are the two eldest children of actor Saif Ali Khan and his ex-wife, actor Amrita Singh. Saif is now married to Kareena Kapoor Khan, with whom he has two kids — Taimur Ali Khan and Jehangir Ali Khan.

Meanwhile, Sara is busy shooting for Gaslight, which also features Vikrant Massey. Besides Gaslight, Sara will also be seen in Laxman Utekar’s untitled next opposite Vicky Kaushal and Vikrant will soon be seen in Forensic opposite Radhika Apte. Sunanda Shetty says she cried when Shamita Shetty was age-shamed on Bigg Boss 15: ‘It was a very ugly sight’ Daniel Craig gets emotional as he bids farewell to James Bond role: ‘Loved every single second of these movies’