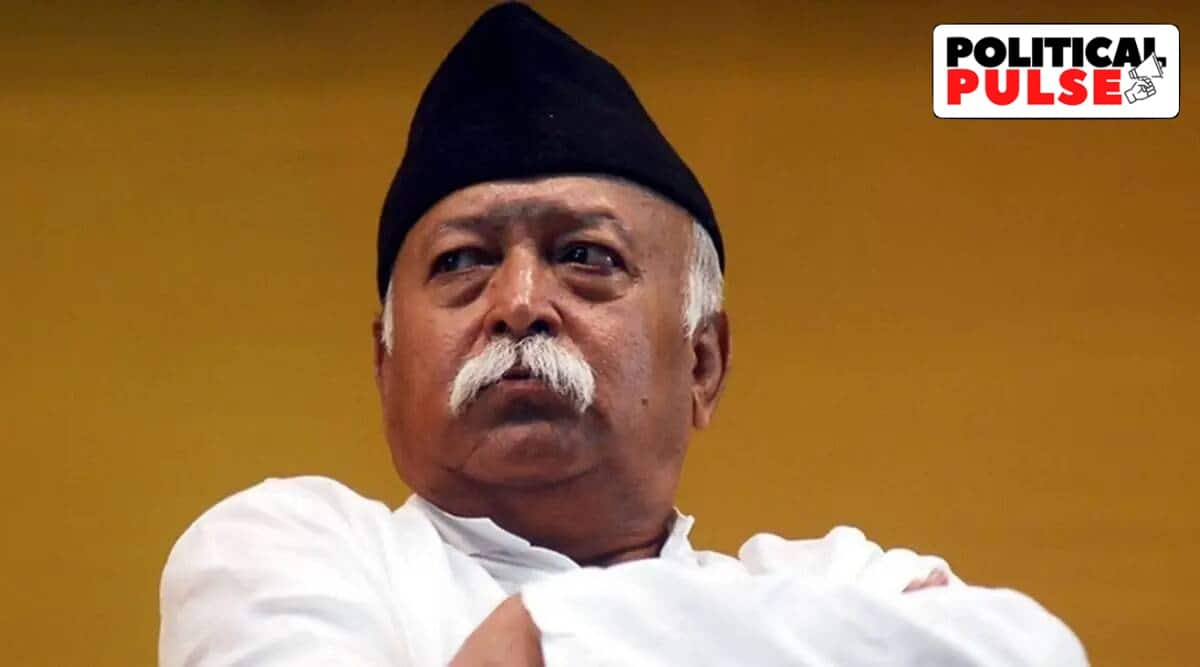 The RSS chief Mohan Bhagwat’s recent visit to the Kaushalya temple in Chhattisgarh following an invitation from Chief Minister Bhupesh Baghel has stirred up a fresh row between the ruling Congress and the principal Opposition BJP in the state.

Last Tuesday, Bhagwat, accompanied by the Chhattisgarh RSS functionaries went to the Chandrakhuri town, about 23 km from capital Raipur, to visit the Kaushalya temple, which is known as the only temple dedicated to Lord Ram’s mother.

Part of the Ram Van Gaman Paryatan Paripath, the tourism circuit based on the route believed to have been taken by Ram in Chhattisgarh in the years that he spent in exile, the temple was renovated by the Baghel-led government in 2021. Baghel had also held his government’s first anniversary celebrations at Chandrakhuri in 2021.

Baghel publicly invited Bhagwat to visit the Kaushalya temple when the latter arrived in Raipur to attend an RSS conclave in Raipur earlier this week. Later, the CM said in a tweet, “We had invited Mohan Bhagwat ji to visit Mata Kaushalya temple. I am sure he must have felt a sense of peace upon reaching there. He must have realised the new form of the temple, the love of Maa Kaushalya and the power of Bhancha Ram.” He had also invited Bhagwat to visit a gothan (cow shelter) and a school where Sanskrit was recently made a compulsory subject.Bhagw

As the RSS expressed reservation over the CM’s invite to its chief through media, the Congress dispensation sent its Raipur leader Gireesh Dubey to hand over a formal invite to Bhagwat last Monday. At the same time, the Congress criticised the RSS chief for “waiting for an invitation” to visit the temple, saying that “Our CM had invited him (Bhagwat). But through the media, they expressed their unawareness. We are here to invite him formally”.

State Congress spokesperson Sushil Anand Shukla said, “The BJP does politics of hate over religion. But the Congress government in Chhattisgarh has shown them the politics of connecting with people.”

The BJP hit back at the Congress for “politicising religion”, with BJP leader Dharamlal Kaushik saying that “They (Congress) raise such a hue and cry over someone’s personal visit to a temple. Even if he was invited, was there anybody to welcome him? The Congress government is making religion a political issue.” Bhagwat also visited a Ram temple constructed by the BJP dispensation in Raipur the same day.

The state Congress has maintained that at the centre of such rows with the BJP lies its vigorous focus on temples, devgudis (tribal shrines), and places of worship, which the saffron party considers as its rallying points. “The idea is to not let the BJP spread its politics of hate over religion, cows and identity. We are setting up a better example, a model,” a senior Congress leader said.

The state BJP has drawn criticism from various quarters for not having done enough on these scores while in power, even as the party’s previous government led by CM Raman Singh had started the work on the Ram Van Gaman Path.

As a part of its focus on religious and identity issues, the Baghel government has also been trying to reach out to tribals.

Earlier this week, tribal minister Kawasi Lakhma said, “He (Baghel) is blessed by all gods. He is working for the betterment of Chhattisgarhiya and tribals. I am sure Baghel’s ancestors were tribals as he feels for the people.”