The report was penned by Prof. Sanjay Bakshi, one of India’s foremost value investing experts and it was choc-a-bloc with insights.

This was the time when Relaxo was one of India’s best multibagger stocks, having gone up a whopping 15x over the last five years and an equally mind-blowing 37x over the last 10 years.

Now, was this performance well deserved or was it a fluke?

Well, Prof Bakshi’s report went about systematically destroying the argument that the achievement was a fluke. It made a compelling case why Relaxo deserved every bit of success that came its way.

Prof. Bakshi was in awe of the company’s strategy, the strong moat it had managed to build for itself and the flawless execution it demonstrated. It wasn’t hard to conclude, after reading the report, that Relaxo was indeed a great long-term buy.

Cut to the present and you’ll realise that Prof. Bakshi’s prediction has certainly proved to be bang on.

The stock is up another 24x since then and has done well to multiply its topline and bottomline by another 3x and 6x respectively.

Extend the holding period to 20 years and you get an almost 900-bagger.

Let that sink in. Not 100-bagger or 200-bagger but a huge 900-bagger. Your ₹1 lakh investment in the stock twenty years ago would have turned into a princely sum of ₹90 m. Perhaps enough for you to retire and lead a comfortable life.

Now, as impressive as the last 20 years and even the 10 years were, I don’t think the next 10 are going to be anywhere close.

In fact, let us bring it down to a more manageable 3-5 years. I believe that at current price, there is a strong chance that the stock may fail to give good returns over the next 3-5 years.

There are a couple of reasons behind this belief. The first one has to do with the exorbitant valuations the stock is currently trading at.

As I write this, the stock trades at a PE multiple of more than 100x. Contrast this with the PE multiples it was trading at both 10 or 20 years ago.

20 years ago, the stock was trading at a PE in the range of 5-6x. This was an extremely attractive valuation, which left a lot of room for the PE multiple to expand in the future. And expand it did. The stock’s PE multiple has expanded from a low PE of 5-6x to more than 100x today.

In fact, even 10 years ago, the stock was trading at a very reasonable PE ratio of 13-14x. The current PE of more than 100x leaves very little scope for further expansion and this can restrict future returns in a big way in my view.

Another big question mark is on the growth front. After doing reasonably well over the last 5-year period, the company’s growth engine seems to be sputtering.

Not only did the company’s FY22 growth come in lower than FY21, but the current year also isn’t looking all that great either.

While the company is facing cost inflation pressure from one side, volumes are also being hit on account of its customers shifting to cheaper alternatives.

Now, whether this is temporary or the company’s competitive advantage has developed some serious cracks is something that only time can tell.

Thus, with high growth over the medium-term as well as the possibility of PE expansion, both looking grim, I won’t be surprised if the stock offers below-par returns over the next 3-5 years.

Another way of approaching this is by looking at the stock’s relative standing vis-a-vis other stocks both in terms of growth as well as valuations.

Our analysis tells us that out of more than 1,400 companies with revenues of at least ₹2 bn and average daily liquidity of ₹1 m, over the last one year, it’s ranked a lowly 627th in terms of its EPS growth over the last 5 years and only 44th when it comes to valuations.

In other words, there are 626 companies out of more than 1,400 that have grown at a better rate than Relaxo over the last five years but still Relaxo is the 44th most expensive stock in terms of the trailing twelve-month PE ratio.

This is a clear indication that its valuations seem to be running way ahead of its growth.

Even in terms of business quality, which I define as the median ROCE over the last 5 years, the stock ranks 185th with 184 companies earning better returns on capital than Relaxo on average.

Now I’m in no way saying that Relaxo is a bad stock. However, Howard Marks once opined there is no asset so good that it can’t be overpriced and become a bad investment.

Relaxo to me is a classic case of a stock that is no doubt of good quality but seems overpriced and hence, can turn into a bad investment if bought at current prices.

Simply put, the risk-reward ratio of investing in Relaxo does not seem to be favoring investors at the moment. 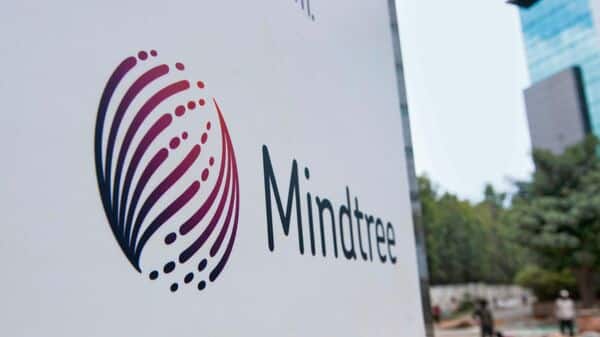 What is Nifty and Sensex in simple words?