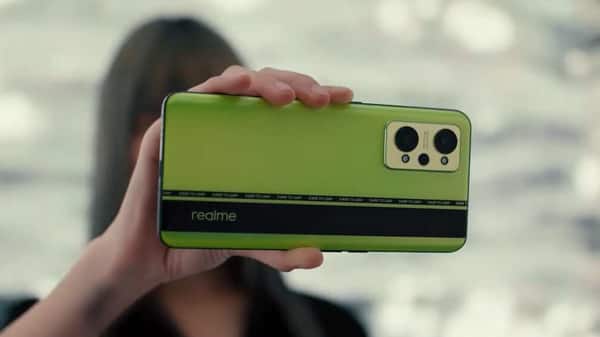 Realme GT Neo 2 5G has been launched in India. The smartphone is touted as the flagship killer. The device comes with a Qualcomm Snapdragon chipset and a triple camera setup. The Realme GT brand will be aiming at the premium mid-range and premium segment. Realme has also launched a 4K Smart TV Google Stick, Bluetooth Speaker and gaming accessories at the same launch event.

The smartphone will be made available in three different colours. The sale will begin on 17 October at midnight. Flipkart Plus members can get the device on 16 October at 12 PM.

It will feature a 65W SuperDart Charge. The company claims it will charge the smartphone from 0-100% in 36 minutes and will comprise a 5000mAh capacity battery.

The Realme GT Neo 2 5G will be equipped with a 6.62-inch 120Hz E4 AMOLED Display from Samsung. The display gets a 600Hz touch sampling rate, 1300 nits brightness. The company claims the new display will lead to 15% less power consumption.

The Realme GT Neo 2 5G comes with a triple camera setup. The primary lens is a 64MP unit along with an ultra-wide-angle lens as well as a macro lens.