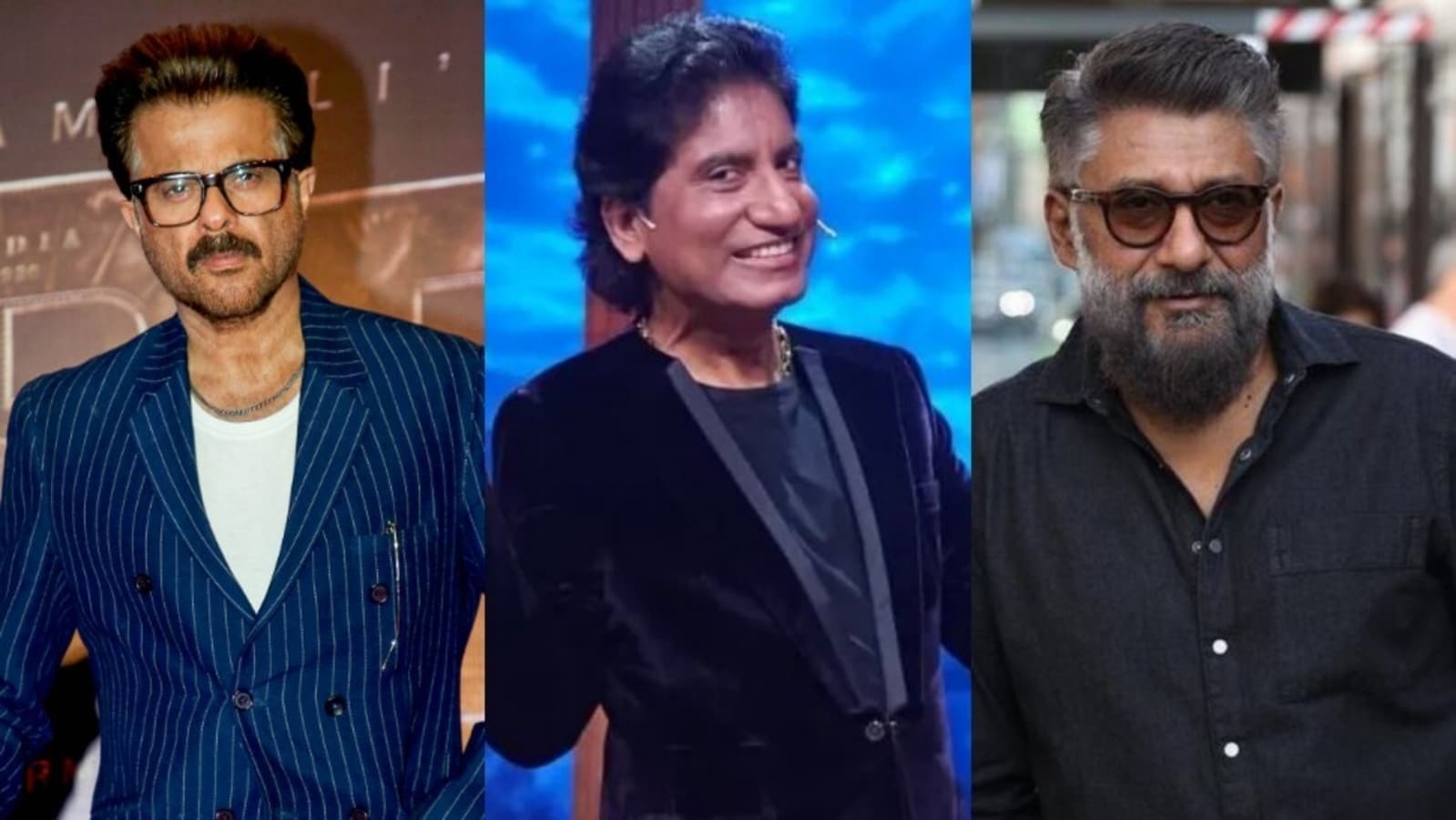 Comedian Raju Srivastava, who made a mark as a stand-up comic and also featured in films, died on Wednesday after over 40 days of hospitalisation. Raju died at the age of 58 in Delhi’s AIIMS. He was admitted after suffering a heart attack on August 10 while working out at a Delhi hotel gym. Several Bollywood celebrities grieved his death on social media platforms and paid tribute. Taking to his Instagram Stories, Anil Kapoor posted a photo from their film together and wrote, “Om Shanti.” (Also Read | When Raju Srivastava said Kapil Sharma was ‘unable to handle pressure of success’)

Film director Vivek Agnihotri shared a video message on Twitter. He credited Raju for solely shouldering the trend of stand-up comedy. He wrote in Hindi, “There is no such friend or stranger whom Raju Srivastava did not make laugh. Raju brother, gone too soon. You were a true legend of stand-up comedy. Om Shanti #RajuShrivastava.” Actor Ajay Devgn posted a black and white photo of Raju on Twitter. He said, “In your lifetime you gifted us laughs & more laughs, on & off the screen. Your untimely demise makes me very sad. RIP Raju. Om Shanti. May the Almighty give your family strength in this hour of bereavement.”

Sudhir Mishra tweeted, “Raju Srivastava has gone! Hopefully, the lesson that he leaves behind is that irreverence should be our default state. To laugh in the face of authority is a fundamental right. Alvida (Goodbye)!” Rajpal Yadav shared a photo of Raju on Instagram and wrote, “I have no words to describe this loss. You have left us all too soon. You will be missed my brother. I just can’t believe this.#RajuSrivastav #RIP.” “Raju Srivastava Om Shanti RIP,” wrote filmmaker Rakesh Roshan on Instagram. Sanjay Gupta said, “Rest In Peace Raju. Thank you for all these years of fun and laughter.”

Mika Singh tweeted a photo of Raju and wrote, “The great comedian, the most humble and respected @iRajuSrivastava bhai has sadly left us with his memories. May God bless his soul, rest in eternal peace. Om Shanti.” Shekhar Suman said on Twitter, “Wat I was dreading for the past one month has happened.Raju Srivastava has left all of us for his heavenly abode.Devastated to hear the news.May God grant him eternal peace. #OmShanti.”

Nimrat Kaur tweeted, “Deepest condolences to the family and loved ones of Late Raju Srivastava ji. May God bless his journey into the light #RIPRajuSrivastava.” Divya Dutta wrote on Twitter, “Heartbreaking to hear about the sad demise of #rajusrivastava. My first film had him in an integral part. Thank you for all the smiles. laughs and warmth. RIP. May God give your family strength.”

Sonu Sood shared a picture of Raju on Twitter and wrote, “RIP Raju Bhai (brother).” Prasoon Joshi tweeted, “Really sad to hear about Raju Shrivastava’s unfortunate demise. A dear friend, a genius with an unmatchable insightful mind. It’s such an irreparable loss for the creative world. Just heartbreaking .#RajuSrivastava #rajusrivastava @iRajuSrivastava.” Madhur Bhandarkar tweeted a throwback photo with Raju. He wrote, “Saddened to hear the tragic news of Raju Srivastav’s untimely demise. He made us all laugh with his amazing comic timing for so many years we have lost a gem. My deepest condolences to his family members & admirers. #OmShanti.”

After his death, his brother Dipoo Srivastava told news agency PTI, “I got a call in the morning saying he is no more. It is really unfortunate news. He had been waging a struggle for life in hospital for over 40 days.” Raju is survived by his wife and two children. He was declared dead at 10.20 am

Raju featured in Hindi films such as Maine Pyar Kiya and Baazigar. A familiar face in the entertainment industry since the 1980s, the comedian tasted unparalleled success after participating in the first season of the reality stand-up comedy show The Great Indian Laughter Challenge in 2005. 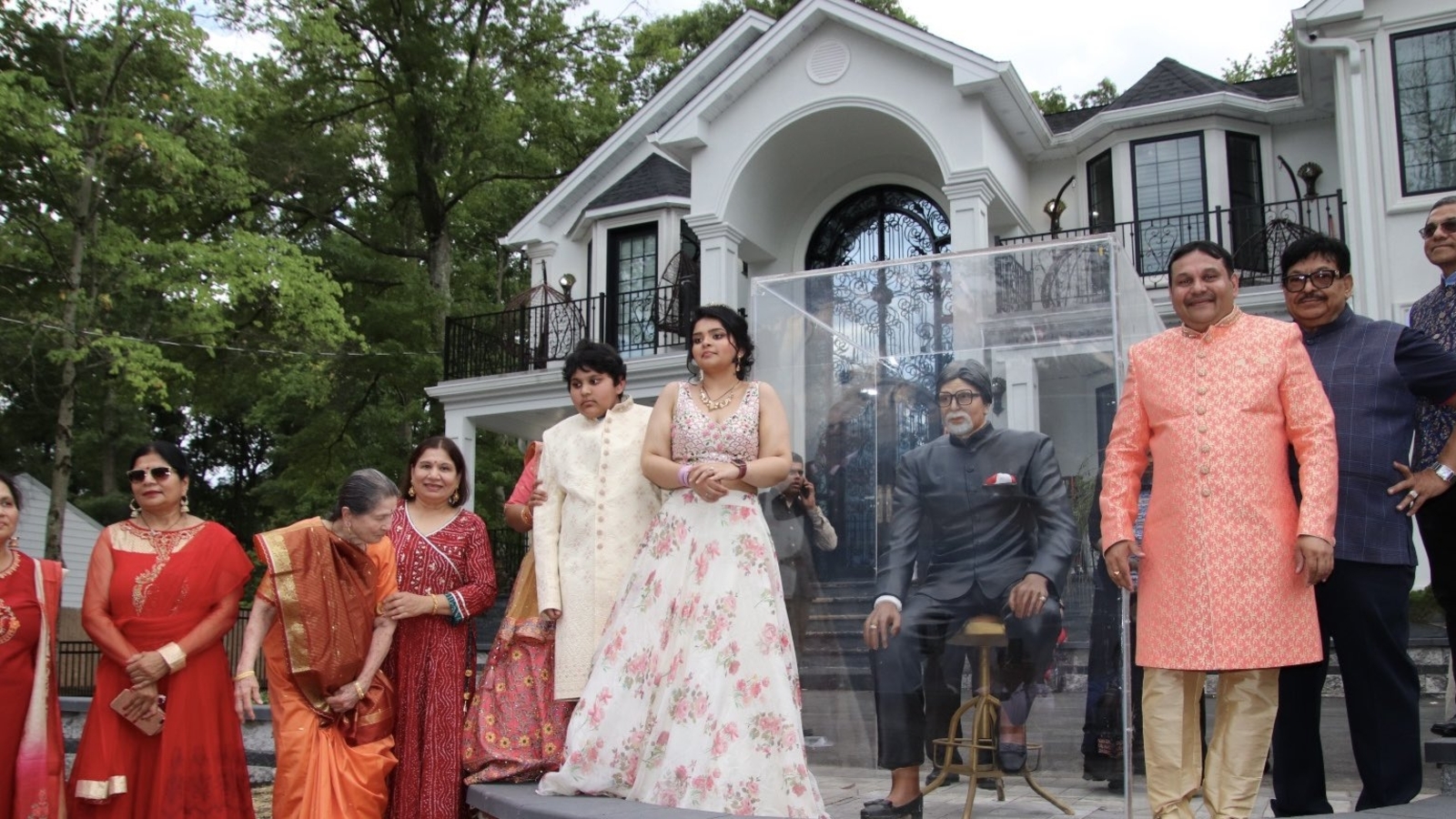 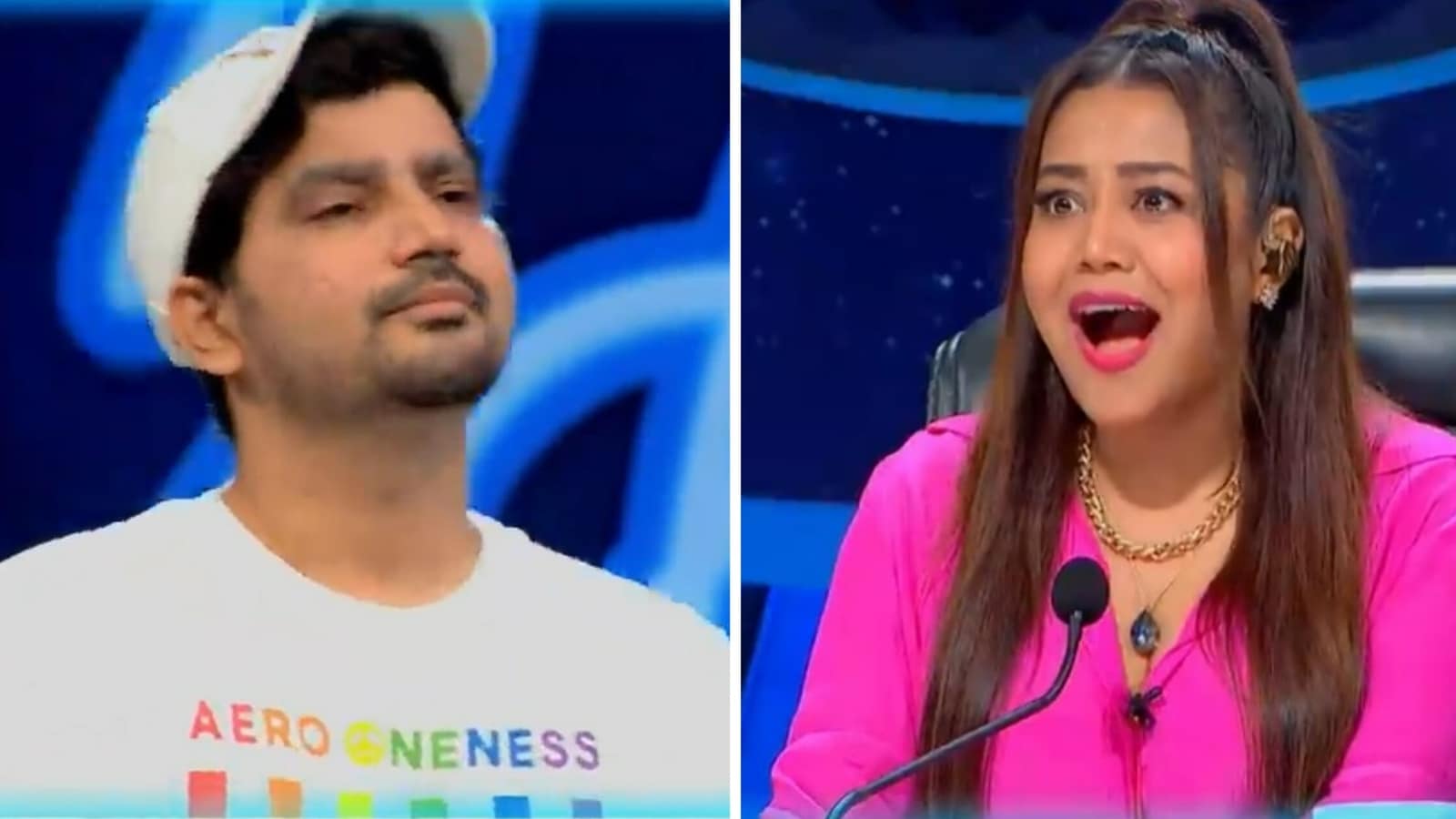 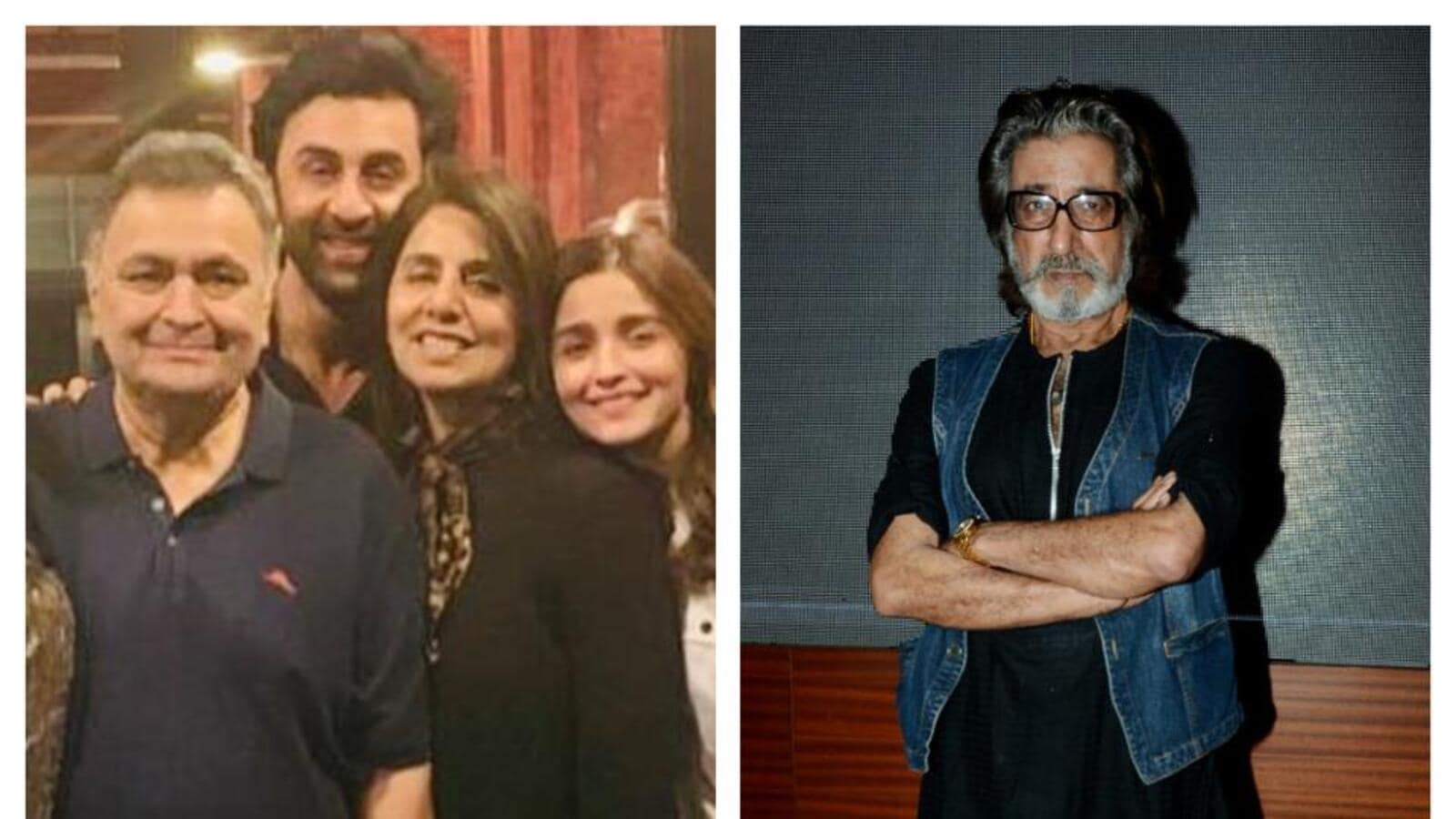