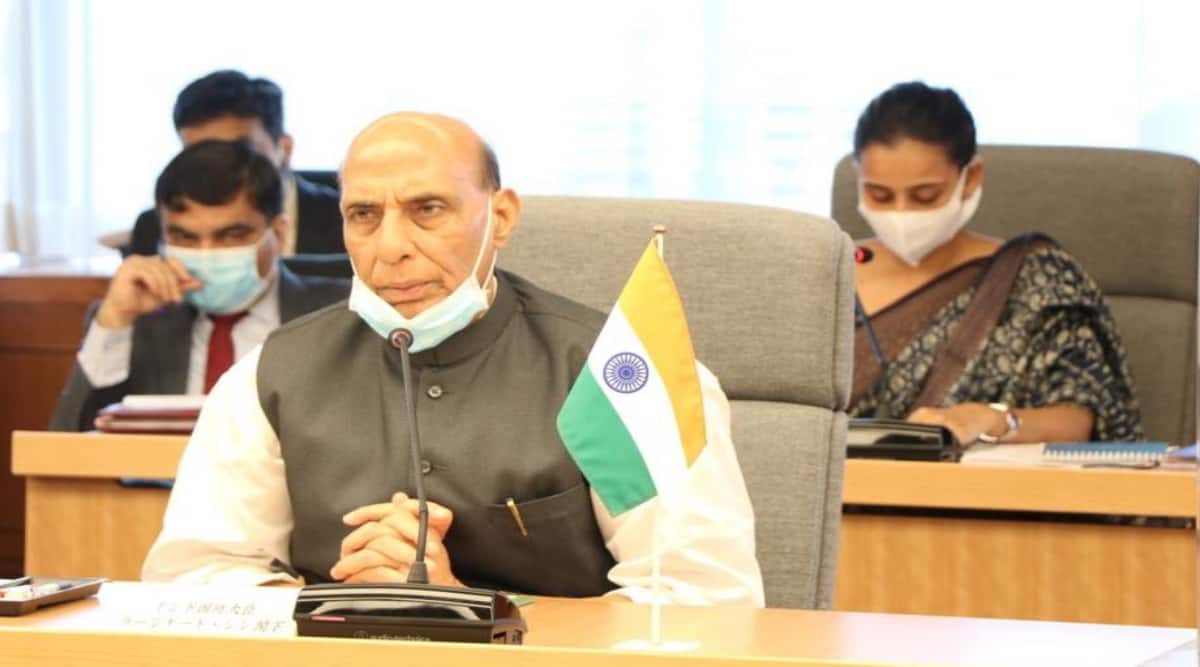 During bilateral talks with his Japanese counterpart Yasukazu Hamada on Thursday, Defence Minister Rajnath Singh highlighted the long history of defence cooperation between the two countries, and called for expanding the scope of partnership in various fields.

According to a statement released by the Ministry of Defence, the two leaders acknowledged the importance of India-Japan defence partnership and the “critical role it will play in ensuring a free, open and rules-based Indo-Pacific region”. Singh, who is on the last leg of his five-day visit to Mongolia and Japan, began talks with Japan’s Minister of Defence Hamada in Tokyo on Thursday.

Reviewed various aspects of bilateral defence cooperation and regional affairs during the bilateral meeting with the Japan’s Minister of Defence, Mr Yasukazu Hamada in Tokyo today. This year marks 70 years of diplomatic relations between the two countries. pic.twitter.com/GvWpdrb4cH

The Defence Minister emphasised on the need to expand the scope of partnership in the field of defence equipment and technological cooperation, the Defence Ministry said. “Reviewed various aspects of bilateral defence cooperation and regional affairs during the bilateral meeting with the Japan’s Minister of Defence, Mr Yasukazu Hamada in Tokyo today,” Singh tweeted on Friday morning, adding that the talks mark 70 years of diplomatic relations between the two countries.

During the delegation-level talks, the Defence Minister highlighted the growing complexities in bilateral defence exercises between the two countries are a testament to the “deepening of defence cooperation”.

India, the US and several other world powers have been talking about the need to ensure a free, open and thriving Indo-Pacific in the backdrop of China’s rising military manoeuvring in the region.

In Japan, Singh and External Affairs Minister S Jaishankar will join their Japanese counterparts at the ‘2+2′ foreign and defence ministerial dialogue.