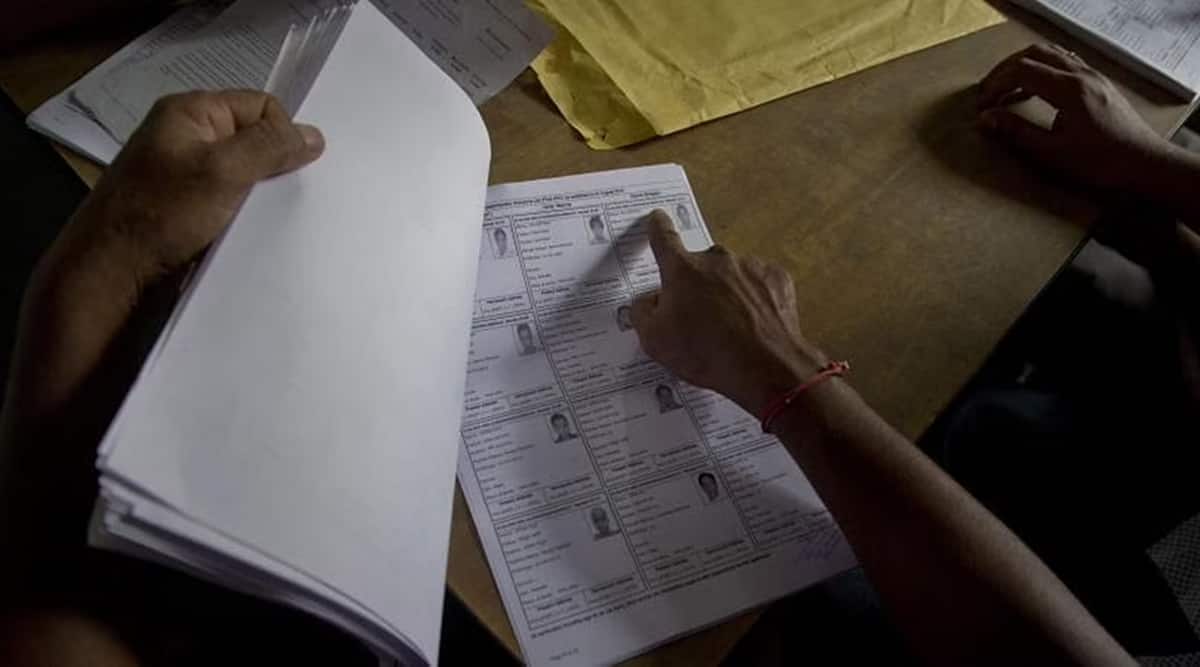 IN A move with far-reaching implications, the Centre is all set to constitute a national commission to study the social, economic and educational status of members of Scheduled Castes, or Dalits, who converted to religions other than Hinduism, Buddhism and Sikhism, The Indian Express has learnt.

The proposal to set up such a commission is being actively discussed at the Centre, and a decision is likely to be taken soon, it is learnt.

Sources in the Ministry of Minority Affairs and the Department of Personnel and Training (DoPT) said they have given the green signal for such a move. It is learnt that consultations on the proposal are currently ongoing among the ministries of Home, Law, Social Justice and Empowerment, and Finance.

The move to set up such a commission assumes significance in the wake of several petitions pending before the Supreme Court seeking SC reservation benefits for Dalits who converted to Christianity or Islam.

The Constitution (Scheduled Castes) Order, 1950, under Article 341 stipulates that no person professing a religion different from Hinduism, Sikhism or Buddhism can be deemed to be a member of a Scheduled Caste. The original order under which only Hindus were classified as SCs was amended in 1956 to include Sikhs, and in 1990 to cover Buddhists.

On August 30, Solicitor General Tushar Mehta informed a Supreme Court Bench headed by Justice Sanjay Kishan Kaul, and also comprising Justices Abhay S Oka and Vikram Nath, that he would place on record the Government’s stand on the issue raised by the petitioners. The Bench granted the Solicitor General three weeks’ time and listed the matter on October 11.

“Solicitor General submits that he would like to place on record the current position/ stand on the issue in question which deals with the prayer for extension of claim of reservation from Dalit communities to other religions other than the ones specified. On his request, three weeks’ time is granted. Learned counsels for the petitioners/ appellants state that they will file a response if any, within a week thereafter,” the bench stated.

The Indian Express has learnt that the proposed commission may have three or four members with its chairman holding the rank of a Union Cabinet Minister — and a possible timeframe of well over a year to submit its report.

Apart from mapping the changes in status and situation of Dalits who have converted to Christianity or Islam, the proposed commission will also study the impact of adding more members to the current SC list.

The issue is limited to Dalits since there is no religion-specific mandate for STs and the OBCs. “The rights of a person belonging to a Scheduled Tribe are independent of his/her religious faith,” states the DoPT website. Besides, following the implementation of the Mandal Commission report, several Christian and Muslim communities have found place in the Central or states’ lists of OBCs.

Among the key benefits available to the SC community is 15 per cent reservation for direct recruitment in Central government jobs with 7.5 per cent for STs and 27 per cent quota for OBCs.

The question of SC reservation benefits for Dalits who converted to mainly to Christianity or Islam have come up before earlier governments, too.

In October 2004, the then UPA Government headed by Dr Manmohan Singh constituted the National Commission for Religious and Linguistic Minorities, headed by former Chief Justice of India Justice Ranganath Misra, to recommend measures for the welfare of socially and economically backward sections among religious and linguistic minorities.

In May 2007, the Ranganath Misra Commission submitted its report, recommending that SC status be completely delinked from religion and be made religion-neutral like STs. The then UPA Government did not accept the recommendation on the grounds that it was not substantiated by field studies.

Separately, a study commissioned by the National Commission for Minorities in 2007 concluded that Dalit Christians and Dalit Muslims need to be accorded SC status. That finding, too, was not accepted on the grounds that it was based on minuscule sample sizes that could have led to unreliable estimates.

Sources in the Ministry of Minority Affairs said the latest proposal to set up a commission was necessitated by the thinking that while the issue is of prime importance, there is no definitive data available to study its various facets and arrive at a clear position.