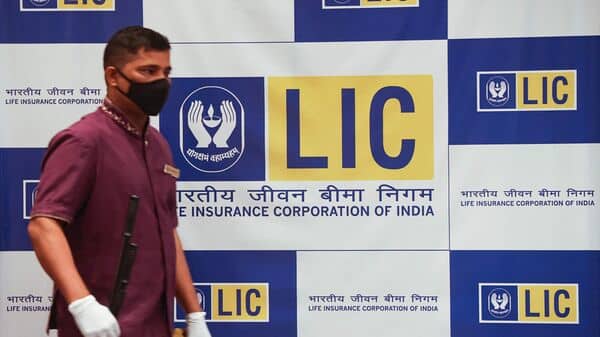 Foreign institutional investors have on the whole steered clear of India’s biggest share sale, deeming it too expensive given currency risks and the global market backdrop.

With just hours to go until the end of the subscription period for the $2.7 billion initial public offering of Life Insurance Corporation of India, foreign institutional funds have put in orders for merely 2% of the shares set aside for all institutional buyers.

While the anchor portion of the IPO drew in sovereign funds from Norway and Singapore, most of the shares went to domestic mutual funds.

“Foreign institutional investors have been pulling out heavily in the secondary market since October. The Fed rate hike and the recent slide in the rupee against the dollar further enhances risks of currency depreciation that can erode their asset price gains in India,” said Vidya Bala, head of research and co-founder at Chennai-based Primeinvestor.in.

“So there is little reason for them to participate in an IPO, large as it may be.”

Dubbed India’s “Aramco moment” in reference to Gulf oil giant Saudi Arabian Oil Co.’s $29.4 billion listing in 2019 — the world’s largest — the float of LIC has ended up resembling the Aramco IPO not just in scale but in its reliance on domestic investors after foreign buyers deemed the float too expensive.

LIC has been seeking to drum up interest with newspaper advertisements since the start of the year, seeking to take advantage of a retail investment boom in India.

India’s government had cut the fundraising of the IPO by about 60% as the war in Ukraine roiled markets, denting risk appetite, while rising U.S. interest rates are putting foreign investors off emerging market stocks. It also cut the valuation it is seeking for the country’s oldest insurer, which would be worth 6 trillion rupees ($78 billion) at the top of the price range.

While foreign investors have shunned the deal, retail buyers have been piling in. Policyholders placed bids for five times the shares reserved for them, while the employee portion received orders for almost four times the amount available, stock exchange data showed. Retail investors and policyholders receive discounts on the offer price.

Overall, the IPO has received orders for 1.79 times the shares on offer, while about a third of the tranche for qualified institutional buyers remains unsold.

The muted international investor interest stands in sharp contrast to some of last year’s Indian IPOs. One97 Communications Ltd., which operates digital payments firm Paytm, drew in the likes of BlackRock Inc., Canada Pension Plan Investment Board and Teacher Retirement System of Texas, among many others, for its 183 billion rupee share sale last year. Food delivery platform Zomato Ltd. was similarly popular among foreign investors.

However those buyers have been left nursing losses as enthusiasm over India’s tech boom waned after some flops. Paytm sank 27% on its debut and is now trading 74% below its offer price. Zomato had a strong debut last summer but has since lost 20% in value.

“Foreign institutional investors generally, have never been big on state-run companies as it is very difficult to make money off them,” said Abhay Agarwal, fund manager Piper Serica Advisors Ltd. “For LIC too the government was unable to convincingly communicate to global investors that the insurer will prioritize the interest of shareholders and won’t function merely as a government entity.” HDFC Securities has ‘Buy’ on this auto stock, sees upside over next 2 quarters Some foreign investors have concerns about LIC IPO: Chairman