NEW DELHI : The government on Tuesday proposed amendments to the Information Technology (intermediary guidelines and digital media ethics code) Rules 2021 to include online gaming as an intermediary, in line with industry demands.

If the revised draft is approved, state-authorized agencies such as the Press Information Bureau (PIB) can remove content deemed inaccurate or unfit by instructing intermediaries, including online gaming companies, to take it down. PIB is an organization under the ministry of information and broadcasting and is responsible for publicizing government policies and programmes.

The provision pertaining to fact-checking by government agencies such as PIB has been made in Rule 3 (b)(v) of the IT Rules. This rule dictates that an intermediary will have to ensure that its platform is not used to host, display, upload, publish, transmit, store, update or share any information that misleads the addressee about the origin of the message or knowingly communicates information that is patently false or misleading in nature. The new proposal adds that the information can be identified as fake or false by PIB’s fact-check unit or another agency authorized by the Centre.

The revised draft can be accessed on the ministry of electronics and information technology’s website, and the deadline for industry comments has been extended to 25 January.

Both documents were released after a closed-door meeting between the minister of state for IT, Rajeev Chandrasekhar, and gaming industry bodies and real money gaming platform providers.

During the consultation, the gaming industry asked to set up an appellate grievance committee to resolve disagreements between operators and the self-regulatory body (SRO). They also suggested that instead of pre-registering every game with the SRO, firms should be allowed to make a self-declaration to protect gaming IP and prevent delay in the launch of new games.

The meeting with the gaming industry on Tuesday is part of a series of closed-door consultations held this month by MeitY with gamers, e-sports athletes, teachers, parents, doctors, and safety organizations.

“Some of the additional recommendations shared by the industry include registration of multiple SROs which already exist in the industry and creation of a grievance appellate committee if there is a disagreement between an operator and the SRO,” said Trivikraman Thampy, co-founder and co-CEO of Games24x7.

Paavan Nanda, CEO and co-founder of WinZO Games, said that remedial measures for the relationship between an online gaming company and SRO are missing. The company has proposed that it can be addressed through a grievance redressal body.

“The key discussion was on the modality of SRO, and the government has sought inputs from the industry and its stakeholders on the granularity and functioning of the SRO. E-Gaming Federation (EGF) and its members emphasized the necessity of MeitY prescribing an SRO code of conduct that includes a standardized checklist of dos and don’ts,” said Sameer Barde, CEO of EGF.

The industry also asked that the government must reconsider the proposal to register games with the SRO.

“We have a concern with the way the current registration process for each game is envisaged. The extent of authority that is granted to SRO for registration of online gaming needs to be reconsidered. A pre-registration can compromise the confidentiality of the game and lead to an intellectual property (IP) leak. It will also cause delay, taking away the first mover advantage,” Nanda said.

He added that WinZO has more than 100 games, and a new game is launched almost every week.

Thampy of Games24x7 suggested that registration of online games should be done in two steps. “So, there could be a first pre-registration step that may be has a slightly less stringent criterion, and then within three months of pre-registration, the operator has to get the final registration for the game,” he added.

Nanda suggested that the online gaming firm should be allowed to submit a self-declaration that confirms the adherence to all the criteria required by the SRO, similar to what is being proposed in intermediary guidelines for OTT platforms. 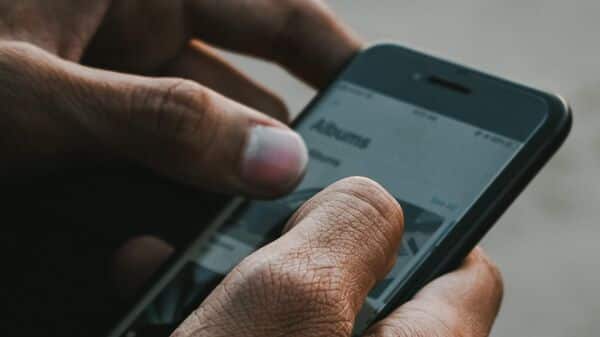 The battle for your smartphone memory