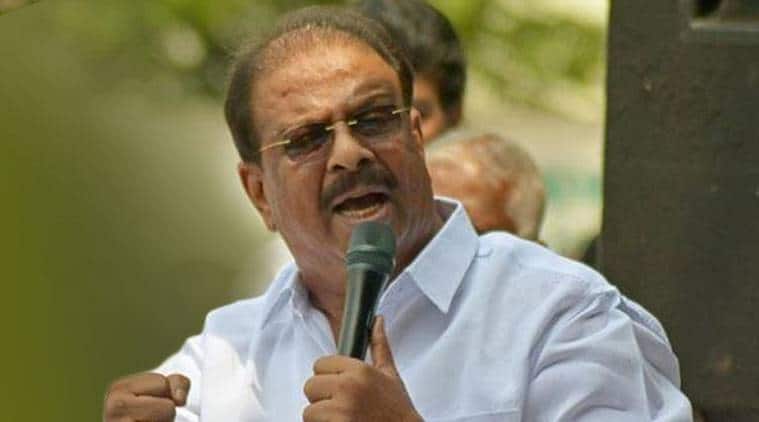 Sudhakaran made the controversial remarks at a district Congress committee function in Kannur on the occasion of Nehru’s birth anniversary, days after he had sparked another row by saying he had ensured protection for Rashtriya Swayamsevak Sangh (RSS) shakhas from CPI(M) during his days as a Congress student leader.

Addressing the party function, Sudhakaran said, “Nehru is the symbol of the highest level of democratic consciousness that made B R Ambedkar the law minister. He was magnanimous enough to make RSS leader Syama Prasad Mookerjee a minister in his own cabinet… that large-heartedness to even compromise with communal fascism..”

Mookerjee served as the minister of commerce and industry in the Nehru government from 1947 to 1950. He later quit the cabinet and founded Bharatiya Jana Sangh, which later became Bharatiya Janata Party (BJP). He is widely reckoned as the BJP’s founder.

“During Nehru’s period, there was no Opposition in Parliament. The opposition parties did not have enough numbers. But by making A K Gopalan (of the Communist Party) the Opposition leader, Nehru demonstrated democratic sense. He was of the view that there should be someone to criticise (the government),” said Sudhakaran.

The Congress state president’s latest remark came even as the party-led United Democratic Front (UDF) was trying to wriggle out of the embarrassment created by his statement on RSS shakhas last week. Congress ally Indian Union Muslim League (IUML) took strong exception to Sudhakaran’s statement on the RSS. Plea against Hijab ban | You raised essential practice, HC had to take it up: SC to appellants