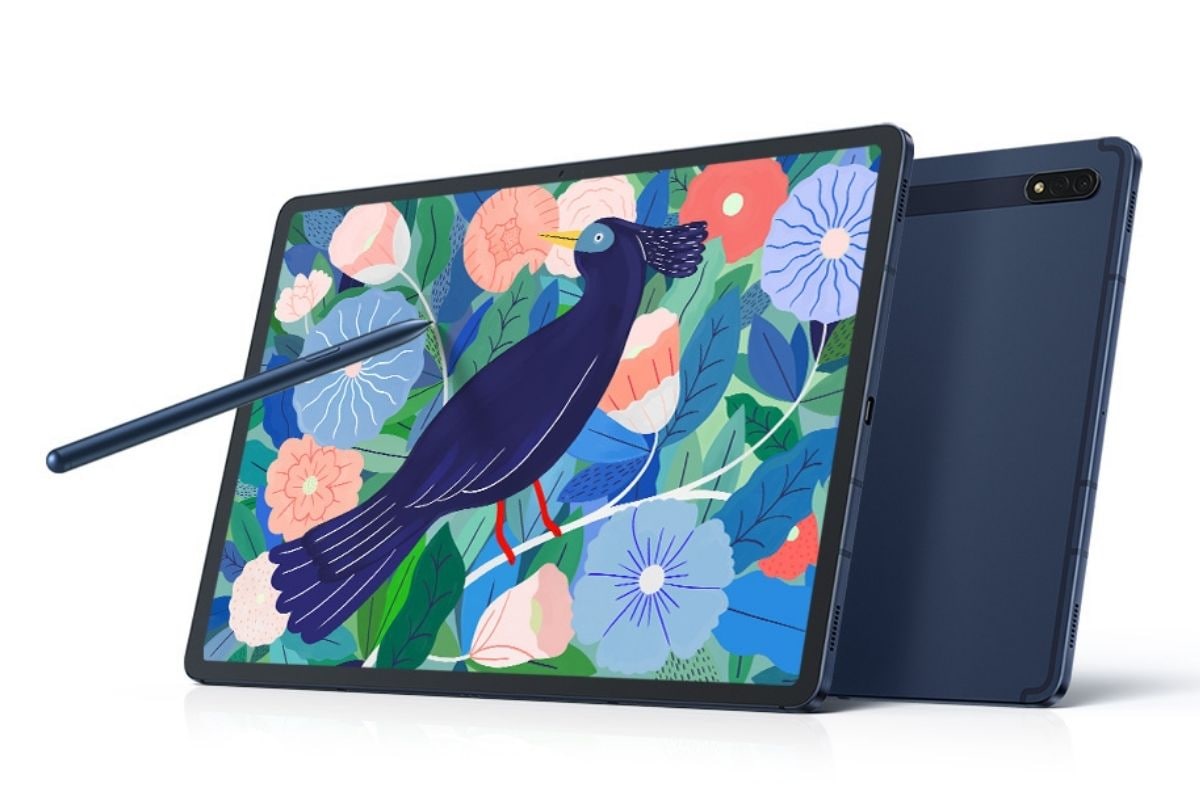 Even though the new Mystic Navy colour option has been added to the choices available to you, the range of the Samsung Galaxy Tab S7+ in essence still remains a grand total of two variant. It really cannot get simpler than that. What you have is the 128GB storage option and 6GB RAM along with the S-Pen bundle and the Wi-Fi + LTE connectivity option, and a 128GB storage option that is Wi-Fi only. Everything else remains the same. Your colour choices now are Mystic Black, Mystic Bronze, Mystic Silver as well as the new Mystic Navy. Do note though, the Mystic Navy colour is only available in the LTE variant at this time. There’s the bundle offer too, which gets you the keyboard cover accessory for Rs 7,999 which is half the usual price. 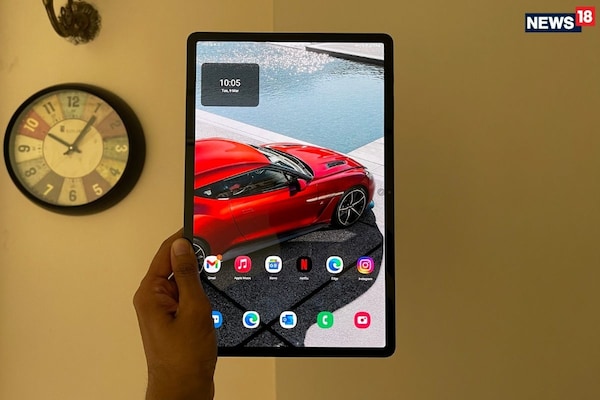 I had said it before, and I’ll say it again. The Galaxy Tab S7+ remains the largest Android tablet that Samsung has to offer right now, and it looks stunning. It is an all-metal build, and the brushed finish adds to the style. It has a sharp design and the flat slab sides as well as the front and the back enhance consistency. It is just 5.7mm thick, which means this is thinner than most smartphones. At the back, what looks like an attempt at a racing stripe is actually a magnetic strip that holds the S Pen in place for it to charge. This strip merges effortlessly with the camera module. Quite frankly, this looks absolutely gorgeous as it is kept on your workstation or the bedside table or on the coffee table. A lot of that has to do with the flat slab design, which I’ve already mentioned. There are quad speakers nicely chiselled into the four corners of the Samsung Galaxy Tab S7+ while the 3.5mm headphone jack has seen its time come to an end.

Even though Android itself doesn’t really seem to be offering much in terms of the productivity use cases, which itself is perplexing, Samsung has put together everything on the hardware and the software side. The new Android 11 update which is now rolling out with the new One UI interface further pushes that, in the right direction. That being said, there are still some rougher edges, such as the inability to further alter the app icon size, change the density of the app drawer or tablet specific widgets. All these things could have further given the Galaxy Tab S7+ a bit more of a special feel—because as it is, this just feels like the same smartphone elements and interface have been stretched to fit and fill a larger tablet screen.

First is the Samsung Galaxy Tab S7+ Keyboard Cover (that costs you Rs 14,999), and you really should get one because it remains one of the rare keyboards in the world of tablets and convertibles that actually comes close to replicating a compact laptop’s keyboard experience. There is no doubt that you will appreciate the magnetic mechanism—easily removable and simple to snap on when you need to get some work done. The Samsung Galaxy Tab S7+ weighs 575 grams and the Keyboard Cover adds a few grams more, which means you still have a computing device that is significantly lighter than most traditional 13-inch laptops.

On the software side, there is the brilliance of Samsung DeX, which continues to get regular improvements. The critical ingredient here is that when you attach the keyboard, which itself indicates you need to get some work done, the DeX mode gets activated. The idea is to try and replicate a desktop sort of an interface for your apps, something very similar to what you’d have seen on your Microsoft Windows 10 PC at office and at work. It is that familiarity which should work for a lot of users who may be transitioning from Windows 10 to Android or adding Android to their workflow. 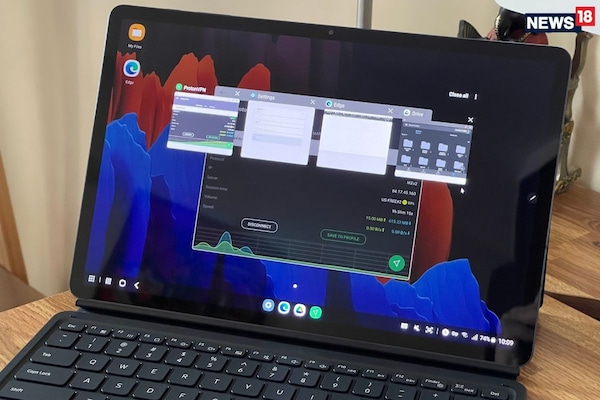 The Samsung Galaxy Tab S7+ has a 12.4-inch display. It is a Super AMOLED display, 2,800 x 1,752 resolution) and is ready for Dolby Atmos content, which is great news if you’ll be using this for regular Netflix binging. One look at this screen, and it is nothing short of gorgeous. The Samsung Galaxy Tab S7+ gets the 120Hz refresh rate capabilities. The Samsung Galaxy Tab S7+ is great for pretty much anything you may be using it for. Web browsing? Brilliant. Reading? Exceptionally good. Netflix streaming? Gorgeous, particularly for HDR content. Photo editing? I’ve run out of adjectives. Colours pop out nicely and the blacks are inky, something you will most appreciate while using the Dark Mode and while watching HDR content.

With the Qualcomm Snapdragon 865+ alongside 6GB RAM handling all the power responsibilities, what you get is a very solid performance foundation. No matter what I have run on this, including leaving more than a dozen apps open and also gaming, I’ve not noticed a single stutter from the Samsung Galaxy Tab S7+ in that time. Often, benchmarks become the way to define what is good and what is bad (I personally do not subscribe to that school of thought). Secondly, one may assume that 6GB of RAM may add a virtual ceiling as far as performance is concerned. It doesn’t. Yes, having 8GB or 12GB of RAM may have been awesome, but it is most certainly not a requirement. A lot of under-the-hood optimizations to Samsung’s One UI have also significantly reduced any wastage of power and resources, which means there is more left for your apps to use.

The Samsung Galaxy Tab S7+ has a mammoth 10,090mAh battery which should last you a day at work with absolute ease. It is a bit lighter on the battery with the new update, only slightly so, but that means lesser battery anxiety anyway. Be careful with display brightness, and if I can cajole you to downrate the refresh rate from 120Hz to 60Hz, and maybe you’ll get a day and a half on a single charge. The thing is, the Samsung Galaxy Tab S7+ supports 45-watt fast charging, but Samsung bundles the smaller 15-watt charger with the tablet—the 45-watt charger is to be purchased separately.

The Samsung Galaxy Tab S7+ was one of my top picks of the gadget of the year 2020. It isn’t easy to absolutely love an Android tablet, considering how ignored they are. Yet, Samsung has pretty much gotten it spot on with this effort. I had said earlier as well that the Samsung Galaxy Tab S7+ is one of the rare convertible computing devices that I have been effortlessly plug into my daily workflow, and I’m happy to report that it has remained that way, in all this time. The blend of the smart keyboard, the tablet itself with its majestic design and the brilliant display and the software smarts including DeX mean that this is as complete an Android tablet ever has been, to replace your laptop. The new Mystic Navy colour adds more style to the brains. 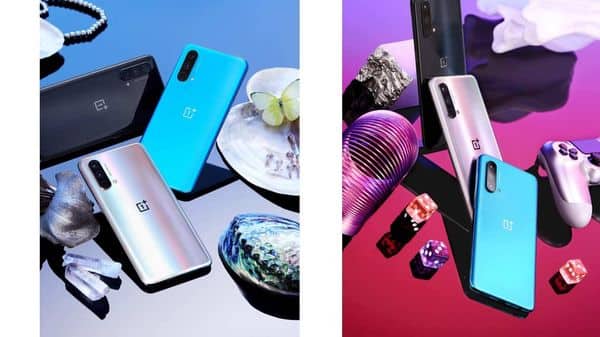 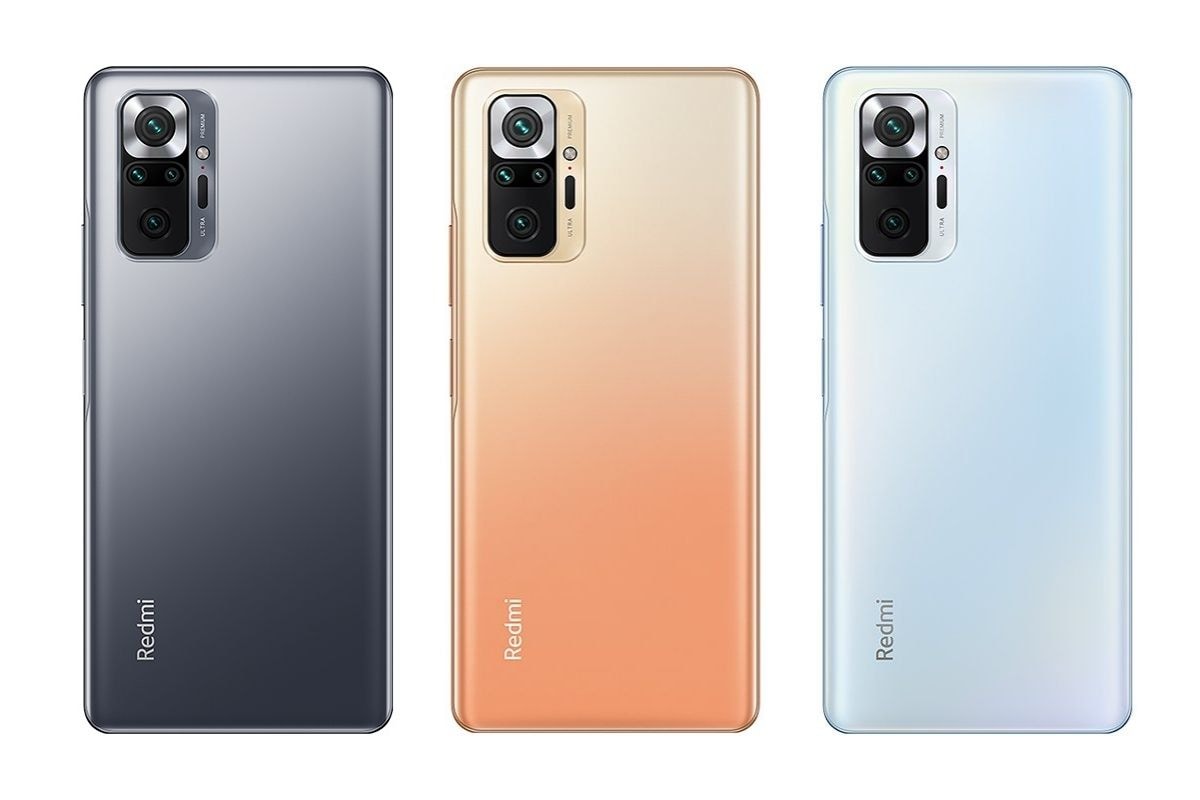