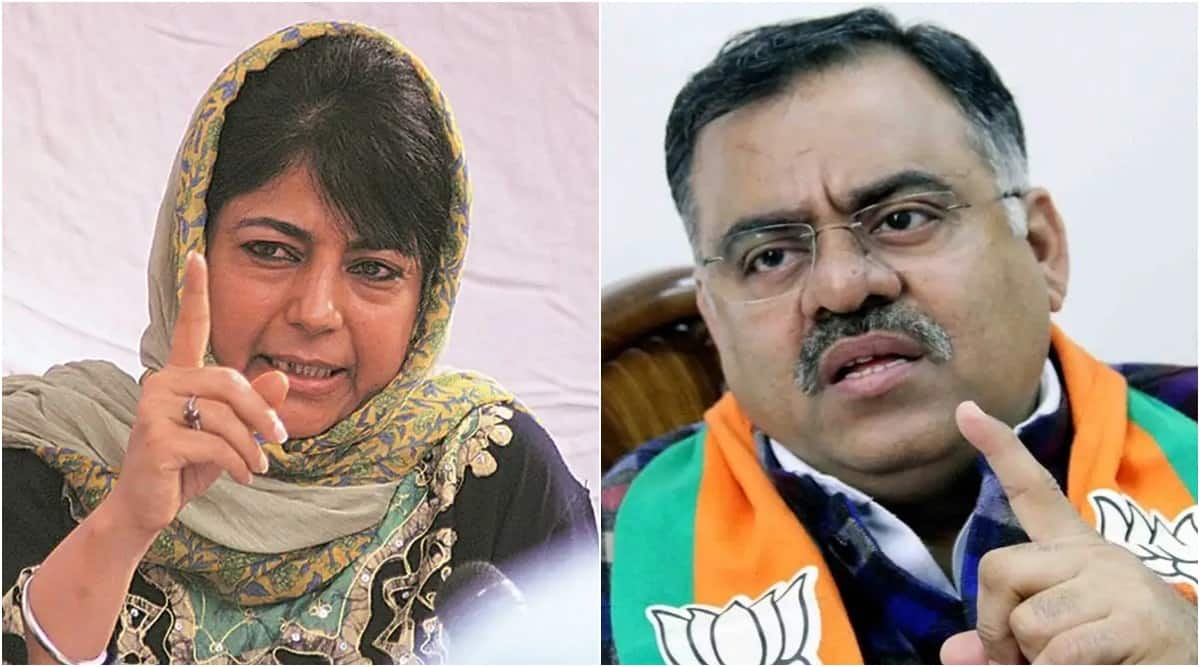 Lashing at Mehbooba Mufti, chief of Peoples Democratic Party (PDP),  for her remarks of Election Commission of India, BJP national general secretary Tarun Chugh on Saturday said her allegation that ECI has become puppet of BJP reflects her “frustration”.

PDP president Mehbooba Mufti on Saturday said that the BJP had subverted the Election Commission to an extent that it was no more an independent body.

She alleged that the Election Commission has become “an extension” of the BJP. “It will do whatever the BJP tells it to do.” “In Himachal Pradesh, the BJP leadership campaigned for polls on religious basis. Muslims are being threatened openly but election commission remains a silent spectator,” the PDP leader had said earlier in the day in Khiram area of Anantnag district.

BJP leader in the Union Territory Tarun Chugh said her comments were a result of things not going her way anymore.

“Her (Mehbooba Mufti) allegation that election commission of India has become puppet of BJP, purely reflects her frustration, as she is aware of her party’s downfall in the democratic set up in Jammu and Kashmir,” Chugh said on Saturday.

Sensing the loss of her political ground and resultant frustration, Mufti has tried to defame ECI, said Chugh.

“These politicians have always won riding on the boycott calls and proxy voters. They have misused the people’s emotions and it was all good till the things suited them according to their plans,” the BJP leader said targeting the regional parties in J&K.

He said that when “these politicians” know that they cannot win using “petty gimmicks” anymore, they have started questioning the integrity of ECI.

“You have enjoyed all the official luxuries and enjoying them till date legally or illegally but never hesitate to question the integrity of these highest institutions for your own benefit,” Chugh said.

Election commission of India is an unbiased agency working on its own and its working pattern is lauded all over the world. “Stop speaking and acting on the lines dictated by Pakistan,” he said.

Now, Republic Day celebrations to start from January 23 to include Netaji’s birth anniversary